Schoenherr has been named as as the South East Europe Law Firm of the Year 2015 by legal publisher Chambers and Partners. Schoenherr lawyers Monica Cojocaru, Miloš Laković and Marko Prušnik accepted the award on behalf of the firm at the Chambers Europe Awards event held this past Friday evening at Amsterdam’s Hotel Okura. Headline deals and […] 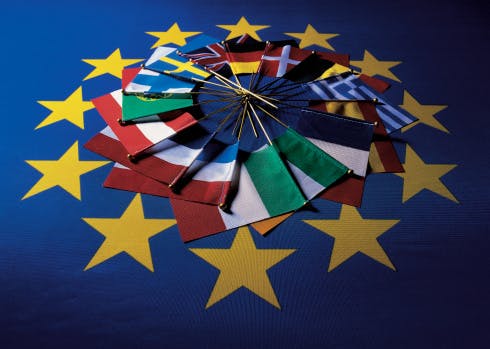 All the latest partner hires and other appointments within Continental European firms and offices. France German-headquartered professional services firm Rödl & Partner is expanding its operations in France with the launch of a Strasbourg office. Ernst & Young France German desk head Nicola Lohrey is joining Rödl as a partner and head of the firm’s […] 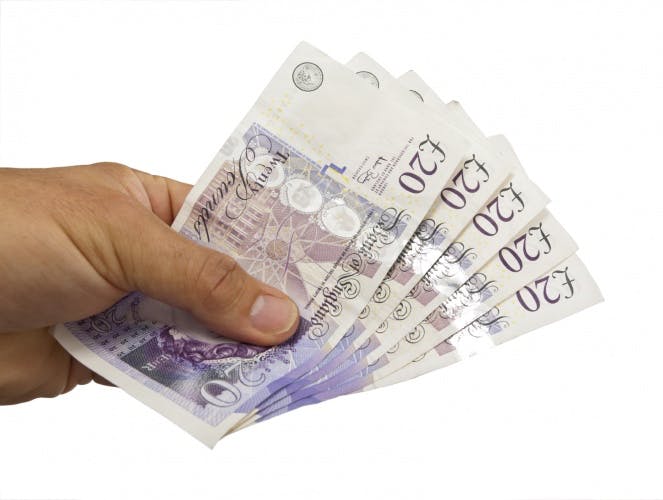 The Serious Fraud Office (SFO) has requested an urgent cash injection of £26.5m – 75 per cent above its core budget – in order to pursue its high-profile fraud investigations and pay out compensation to the Tchenguiz brothers. The agency has requested the “blockbuster funding” in order to continue its investigations into Libor riggings, alleged […]

The spread of Ebola has already been deadlier than the widespread SARS (Severe Acute Respiratory Syndrome) epidemic of 2003.

With new cases reported in the United States and Europe, the markets have started to focus on the potential financial effects of this deadly illness. This month analysts cited Ebola concerns to explain stock declines and a senior executive at Barclays has warned that a sustained outbreak of the virus beyond West Africa could create greater turmoil for financial markets than the sharp declines caused by the SARS epidemic a decade ago. Ebola is not yet at the top of the financial markets’ worry list, but there is growing concern.

The direct economic consequences of the Ebola outbreak have been limited so far. This is primarily because the three worst affected counties – Guinea, Liberia and Sierra Leone – together account for less than 1 per cent of the economic output of sub-Saharan Africa.

So, while the human and economic effects in these three countries have been severe, within the wider African economy commodity prices have had a far greater economic impact than the spread of Ebola. African stocks have not been particularly hard hit by recent news concerning Ebola, perhaps reflecting that they tend to attract longer-term investors. Similarly, global financial markets have remained more focused on other concerns, including weak economic growth figures, uncertainty over central bank interest rate policies and increasing geopolitical risk in Asia and the Middle East.

Until now, Ebola’s impact on the financial markets has been mostly sector-specific. Airline stock prices were down sharply earlier this month (even though their financial results have not yet been impacted by the outbreak), while the share prices of some biotech companies have benefitted.

There is, however, growing awareness that there could be severe economic consequences if Ebola spreads further to other continents. According to Marvin Barth, Barclays’ European Head of Foreign Exchange Research, the probability of Ebola becoming a market-relevant event has shifted “from something close to zero to a non-negligible probability.” In response, a number of financial firms have begun trying to quantify this risk.

A key lesson from SARS is that the greatest financial consequence of an epidemic is not the direct costs related to containment, medical treatment and mortality, it is the reduction in economic activity caused by fear. West African countries are already experiencing varying degrees of economic isolation. Kaifala Marah, the finance minister of Sierra Leone, has said that an aversion to working in Western Africa has had the effect of an “economic embargo”. Some international firms have begun to reduce their operations in the region and are considering shutting down temporarily.

In the wider market, the concern is that fear of Ebola may negatively affect consumer behaviour. Despite the low risk of transmission, people may become less willing to travel and to expose themselves to crowds, which could impact the retail and service industries in addition to tourism and hospitality. A general perception of increased risk may also translate into greater overall market volatility, making it more difficult to get new listings away.

The public’s fear of Ebola has centred not just on its high mortality rates, but on their disappointment with various governmental responses to the outbreak. Unlike SARS, the Ebola virus is not airborne and is transmitted via infected bodily fluids, which makes the virus easier to control. Accordingly, experts predict that, with a co-ordinated response by governments, the virus should be mostly contained within its current regions. On the other hand, some experts have shared their worst-case scenarios that envision further spread of the virus aided by a series of governmental mistakes.

In addition to forming policies to help prevent the physical spread of the Ebola virus, governments must tread a difficult path in encouraging public awareness. Public statements about the dangers must be balanced with the need to avoid unnecessary panic, which can be a challenge in the era of 24-hour news. To a large extent Ebola’s effect on the financial markets will come down to the trust people have in their governments’ handling of the crisis. So far, investors are alert, but not alarmed.

The recent Energy White Paper re-states the government’s intention to phase out the sale of new petrol and diesel cars and vans by 2030.

By Mehar Patel If we take the traditional management of a block of flats as an example: you might have one person collecting rent, feeding that information into an accounts system, chasing unpaid rent, deciding whether to escalate unpaid rents, paying the money to the owner, paying money to the bank. You might then have […]

Schoenherr has been named as as the South East Europe Law Firm of the Year 2015 by legal publisher Chambers and Partners. Schoenherr lawyers Monica Cojocaru, Miloš Laković and Marko Prušnik accepted the award on behalf of the firm at the Chambers Europe Awards event held this past Friday evening at Amsterdam’s Hotel Okura. Headline deals and […]

All the latest partner hires and other appointments within Continental European firms and offices. France German-headquartered professional services firm Rödl & Partner is expanding its operations in France with the launch of a Strasbourg office. Ernst & Young France German desk head Nicola Lohrey is joining Rödl as a partner and head of the firm’s […]

The Serious Fraud Office (SFO) has requested an urgent cash injection of £26.5m – 75 per cent above its core budget – in order to pursue its high-profile fraud investigations and pay out compensation to the Tchenguiz brothers. The agency has requested the “blockbuster funding” in order to continue its investigations into Libor riggings, alleged […]

Conyers Dill & Pearman has advised Yahoo! Inc, shareholder of Alibaba Group Holdings Ltd, on the IPO of Alibaba on the New York Stock Exchange, which raised $25bn. The IPO is the largest in history and on market debut gave Alibaba a market capitalisation of nearly $230bn. Alibaba, whose sales are larger than Amazon and […]

UK firm Penningtons Manches Cooper has made its first partner hire in Singapore following its 2019 merger, in what is also its first steps towards building an Asian corporate practice. As part of its strategic expansion in Asia, Penningtons has hired corporate partner Nick Dingemans in Singapore from UK rival Watson Farley Williams, where he […] 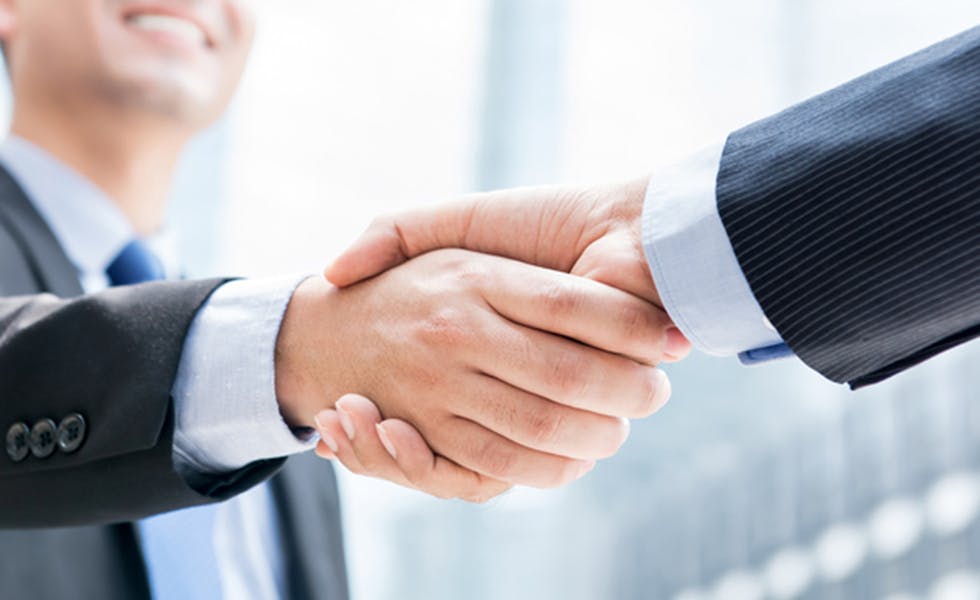 Linklaters has retained 47 of 50 trainees in its spring 2021 cohort, giving it a 94 per cent retention score. The firm follows Allen & Overy in releasing its qualification figures for March. Due to personal reasons one of the 47 is on a fixed-term contract. Nevertheless, the retention figure is the magic circle firm’s […] 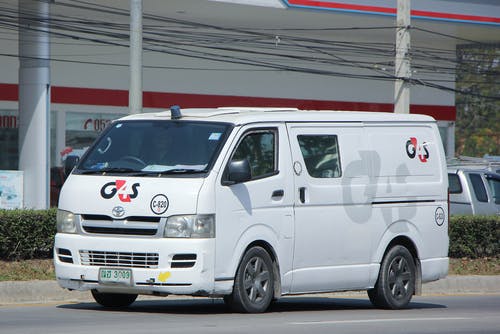 Four firms, including Freshfields and Linklaters, are set to share in fees totalling over £37m if the sale of FTSE security company G4S goes ahead as planned. The fee estimates for legal advice are noted in Allied Universal’s offer document for G4S, released this month. Allied is backed by funds controlled by Warburg Pincus and […] 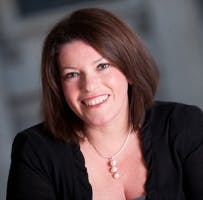 From tech to managing people, general counsel are at the forefront of transformation within their companies. To explore these issues, DWF partner Hilary Ross talked to The Lawyer. Three of the biggest topics for GCs have always been: finding time; what good leadership looks like in-house; and diversity and fairness. In 2020 GCs had to […]

Allen & Overy has decided to shut down its two-staff satellite office in Barcelona, and focus the growth of its Spain practice from Madrid. The magic circle firm launched the Barcelona office in February 2014, with the hire of Freshfields Bruckhaus Deringer corporate partner Antoni Valverde. However, the office remained a small outpost with a single-fee […] 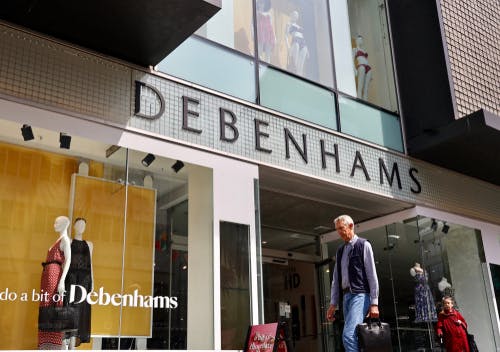