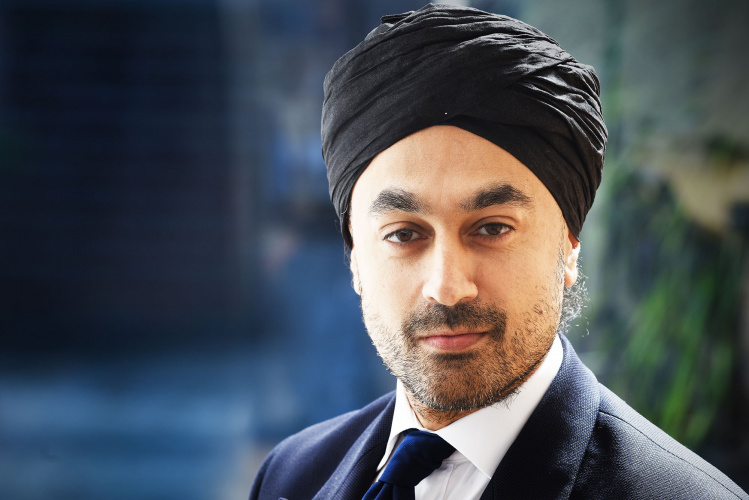 The High Court today announced the appointment of seven justices, including barristers from Blackstone Chambers and Brick Court. The appointments are due to take effect from September, with a further 10 appointments due to be announced later this year. The silks will fill vacancies in the High Court following promotions to the Court of Appeal […] 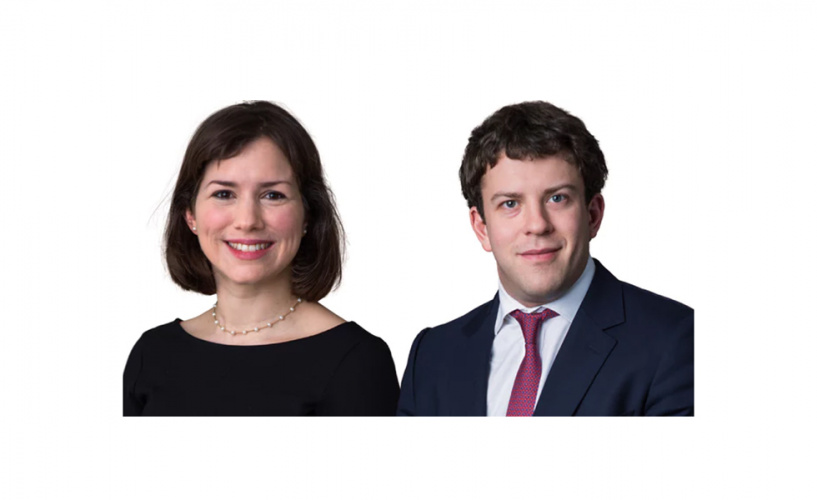 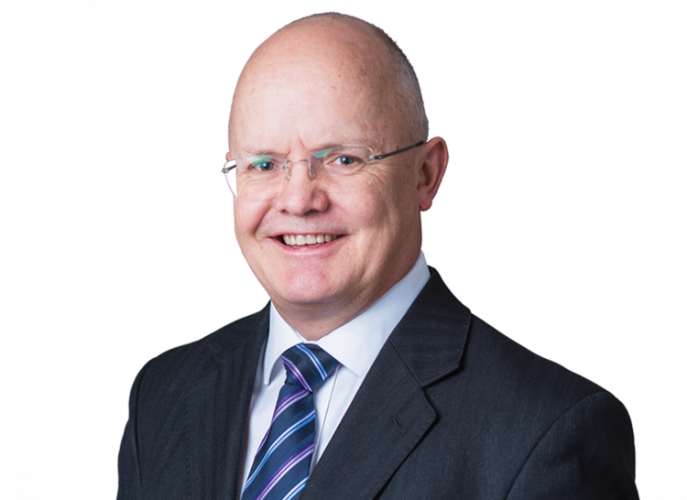 “Going back into pupillage in London after 16 years in practice in South Africa was humbling and challenging,” says Brick Court’s Thomas Plewman QC 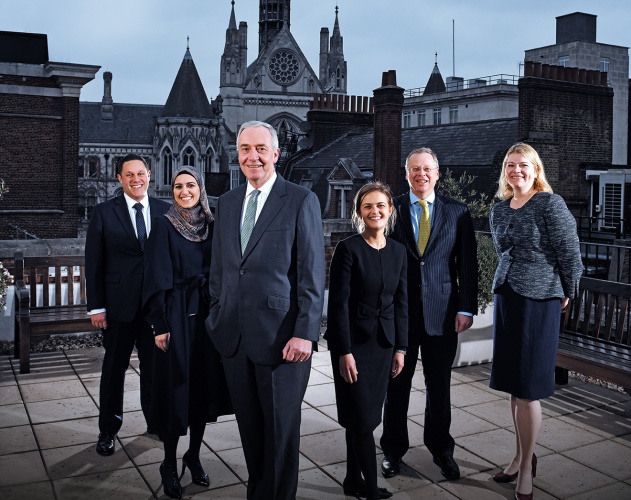 Several major court cases this year deal with the fallout from Britain’s EU departure, and barristers from Brick Court are playing a prominent role.

Extinction Rebellion has been out in force this week, with members of the legal profession lending their support to the cause. This is what Brick Court’s Richard Lord QC had to say at the gathering outside the Royal Courts of Justice.

We are standing in a place steeped in legal history, where for centuries notions of justice have not only been debated but wrought and shaped on the hard anvil of the common law.

So I like to think that we are standing on the shoulders of giants, imbued with the spirit of their wisdom and determination, as we raise our hands and our gaze to those who will come after us.

We remember how much can be done by lawyers, collectively and individually, who believe in what they are fighting for. Nelson Mandela showed the power of the combined effects of determination, wisdom and principled argument; Gandhi likewise coupled legal argument with non-violent protest, to great effect.

Moving into this century and to the protection of the environment. MC Mehta in India and Tony Oposa in the Philippines blazed a trail in terms of public interest litigation. These were not QCs or senior partners of big law firms or with well resourced clients. They were individuals who believed change was needed and that they could persuade the courts that the planet and its people needed protection.

Roger Cox, likewise with no resources except determination and backing of a community group, took on the Dutch Government in the Urgenda case and achieved, against the expectations of most lawyers, an order requiring it to increase radically the ambition of its emission reduction plans. Tim Crosland and the tiny Plan B charity likewise took on the UK Government and challenged its approach to implementation of the Climate Change Act 2008. Finally in this list of those who inspire us, Polly Higgins. I freely admit that when I first came across her I thought she was ingenious and well meaning but on a hopeless mission. Yet with her determination she ramped the concept of ecocide as a crime up the political and legal agenda.

Ultimately in a civilised society the law follows social imperatives, but inevitably lags behind. When I started writing and speaking on legal liability for climate change in 2003, it was seen as a fantastical far fetched notion. By the time we published our book on it in 2011 the landscape had changed hugely. It has changed even more in the eight years since. But on some issues we do not have the luxury of time. The American Iroquois people developed over 500 years ago, and in a time of relatively slow change, the 7th generation principle. That was that the effect of policies should be measured on the predicted effect on the 7th generation of descendants. Paradoxically, at a time of great and rapid change, horizons today are often measured by reference not to the 7th generation or even our grandchildren or children, but by the next quarter’s result which sets a chief executive’s bonus, or the year to the next election.

English judges swear a judicial oath in these wonderful words: “I will do right to all manner of people after the laws and usages of this realm, without fear or favour, affection or ill will“

I am optimistic as to the good intentions of the vast majority of society, but good intentions are not enough. And in the days when lawyers were allowed to use Latin, the maxim “qui tacet consentire videtur” was commonly used (“one who keeps silent seems to consent”). So we will not keep silent, but rather we will strive to give the judges the tools they need to do right by all manner of people, globally and not just in this realm, and in the new and relatively uncharted waters of climate change. This is already being done with an unprecedented and potent mix of administrative law, tort law, human rights law, public trust, and public international law doctrines.

But there are those, including some state actors and some corporate actors, who are not well intentioned, whose only goal is their own power and personal gain, and who will use any means to maintain that. To those who think that their status, resources and connections will protect them from being held to account, let me remind them of some words, from others wiser than me, apart from Shelley’s wonderful poem Ozymandias, which I commend to all tempted to hubris but which I have no time to read.

First there are the words of Lord Denning, one of our greatest judges, who said “Be you ever so high, the law is above you” (Gouriet v Union of Post Office Workers [1977], quoting Thomas Fuller’s words in the 17th century.

Second, and less often quoted in court, there the words of wisdom of the rasta poets and reggae musicians which have been a source of inspiration to me since I first listened to them as a law student over 40 years ago.They knew more about struggle than I am ever likely to know. So Bunny Wailer posed the question which might apply to any lawyer “What are you doing about the Scheme of Things? What are your works towards your brother beings ?”

Bob Marley answered in the Song “Small Axe”, which is a parable for strategic public interest litigation and not deforestation. “So if you are the big tree, We are the small axe, Ready to cut you down,”.

Peter Tosh also answered in characteristically more militant terms, which might be a metaphor for the future legal actions on climate change which look to be increasingly necessary:

So although the song was about a biblical day of judgement, it might perhaps be prophetic for a more secular one. Let me finish with a question posed by my friend, colleague and source of inspiration Joss Saunders, Oxfam’ s general counsel, who asked simply, “Are we just lawyers, or are we Just Lawyers ?” Only you can provide the answer to that.

Richard Lord QC is a barrister at Brick Court Chambers. He made silk in 2002 and specialises in disputes over dry shipping and shipbuilding, as well as insurance and reinsurance, commodities, energy and professional negligence claims.

The High Court today announced the appointment of seven justices, including barristers from Blackstone Chambers and Brick Court. The appointments are due to take effect from September, with a further 10 appointments due to be announced later this year. The silks will fill vacancies in the High Court following promotions to the Court of Appeal […]

“Going back into pupillage in London after 16 years in practice in South Africa was humbling and challenging,” says Brick Court’s Thomas Plewman QC

Several major court cases this year deal with the fallout from Britain’s EU departure, and barristers from Brick Court are playing a prominent role. 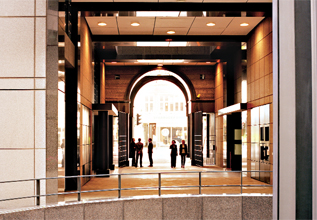 Freshfields Bruckhaus Deringer partner Ryan Beckwith broke down in tears in front of the Solicitors Disciplinary Tribunal as he told the tribunal his version of events, in which he described the complainant, Person A, “passionately kissing” him outside the toilets of a pub. Restructuring partner Beckwith is facing claims from the Solicitors Regulation Authority (SRA) […]