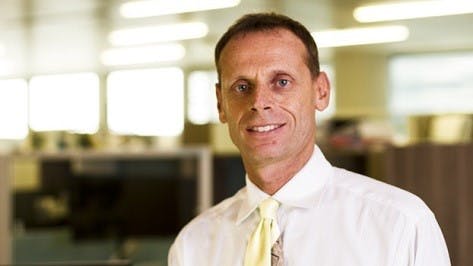 Hogan Lovells partner Charles Brasted has been confirmed as Uber’s adviser in this new legal challenge.

TfL today (22 September) issued a statement saying that Uber will not be issued with a private hire operator licence after the expiry of its current licence on 30 September.

The statement read: “TfL has concluded that Uber London Limited is not fit and proper to hold a private hire operator licence. TfL considers that Uber’s approach and conduct demonstrate a lack of corporate responsibility in relation to a number of issues which have potential public safety and security implications.”

Uber London boss Tom Elvidge responded: “By wanting to ban our app from the capital Transport for London and the Mayor have caved in to a small number of people who want to restrict consumer choice. If this decision stands, it will put more than 40,000 licensed drivers out of work and deprive Londoners of a convenient and affordable form of transport.

“To defend the livelihoods of all those drivers, and the consumer choice of millions of Londoners who use our app, we intend to immediately challenge this in the courts.”

Uber has previously turned to DLA Piper partner Adam Hartley and Hogan Lovells partner Paul Dacam, who has since retired, for its litigation-related work. Hartley worked on the employment tribunal case, while Dacam fielded for Uber in the judicial review of TfL’s new rules for private hire cars.

Uber can appeal decision within 21 days of this announcement, and will be able to operate during any appeal process.

This is the latest in a series of scuffles between Uber and TfL, which previously faced off in the High Court over whether the smartphone app counts as a taxi meter, which private hire vehicles are not allowed to use.

Last year, Uber lost a landmark employment rights case against its drivers, with employment Judge Snelson ruling that Uber drivers should receive the national minimum wage and holiday pay – four months after the case was first brought before the tribunal.

This new challenge comes after a reshuffle of the EMEA team last month, when Uber Uber Northern and Eastern Europe legal director Matthew Wilson took on the role of EMEA associate general counsel and senior legal counsel Helen Fletcher has been promoted to legal director of the UK and Ireland.

Uber, DLA Piper and Hogan Lovells have been approached for comment.