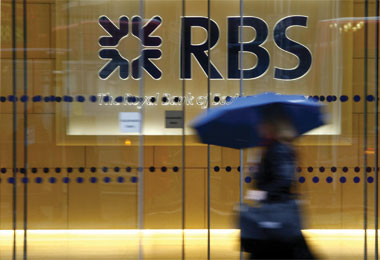 The Royal Bank of Scotland (RBS) and Herbert Smith Freehills (HSF) have been criticised in the High Court for their “unfocused”, “unsettling” and “less than compelling” approach to disclosure in the bank’s £4bn battle with shareholders. Following a ruling on Thursday (26 November) the mammoth legal battle has been adjourned until 2017 as the bank […]

A woman who appeared on Channel 4’s show Benefits Street is facing jail over drug and ammunition charges. No5 crime barrister Samantha Forsyth prosecuted in the case.

Samora Roberts, 34, who was known on the show as ‘Black Dee’ has been found guilty of illegally having ammunition, as well as being convicted of two counts of possession of crack cocaine with intent to supply and possession of heroin.

Roberts was granted bail at Birmingham Crown Court and will be sentenced in January.

Jurors had been selected from those had never watched the Channel 4 reality show Benefits Street, which focused on the lives of the residents of Birmingham’s James Turner Street.

The Royal Bank of Scotland (RBS) and Herbert Smith Freehills (HSF) have been criticised in the High Court for their “unfocused”, “unsettling” and “less than compelling” approach to disclosure in the bank’s £4bn battle with shareholders. Following a ruling on Thursday (26 November) the mammoth legal battle has been adjourned until 2017 as the bank […]

Following the introduction of shared parental leave (SPL) in April 2015, the Government now intends to extend childcare options further to include grandparental leave. Of course, the more people entitled to take leave from the ‘pot’, the more complex the already complicated issue becomes for their employers. Another potential difficulty is how the scheme will […]