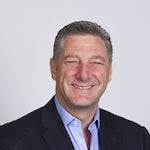 John joined Travelers in 2012 and is based in London. John leads the European in-house legal team as well as the compliance function. He also acts as company secretary for the UK and Ireland-based group companies. John’s legal career in London began at Barlow Lyde & Gilbert, where he qualified as a solicitor in the firm’s aerospace insurance department. He eventually moved to the US law firm LeBoeuf, Lamb, Greene & MacRae in London where he handled aviation insurance claims, as well as large scale international insurance and reinsurance disputes. In 2002, John moved in-house to AIG as Regional Counsel for Central Europe and the CIS, and in 2010 was appointed Deputy General Counsel for the Greater Europe region. John studied English literature at the University of the Witwatersrand, Johannesburg, and law at the London School of Economics. When not at work, John sits on a number of charity boards and is a keen bassoonist. 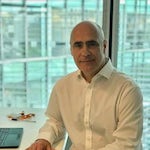 After qualifying as a Barrister Nick practiced in criminal defence from Francis Taylor Buildings for three years. He then moved in-house to Sainsbury’s, starting out as a Commercial Lawyer. He is now Director of Group Legal Services, leading a team of 40 in-house lawyers, paralegals and assistants providing a full service to the three group operating companies: Sainsbury’s Supermarkets, Sainsbury’s Bank and Argos. His practice covers the entirety of Sainsbury’s operations with an emphasis upon corporate transactions, material litigation and reputation management. Highlights in recent years include leading the legal team in Sainsbury’s acquisition of Home Retail Group plc and the Nectar loyalty scheme, as well as success in the Supreme Court in relation to the company’s interchange fee litigation against MasterCard and Visa. 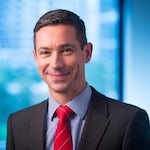 Nathan has been a commercial legal adviser for over 25 years, including 18 years in financial services, advising Boards and the C-suite on a broad range of strategic matters, including global mergers & acquisitions, debt and equity raisings, major litigation, domestic and international regulatory investigations, and legal and regulatory reform.

He has US-listed company Board experience, Chairing the Nominations and Governance Committee of NYSE-listed Great Western Bancorp, Inc as a Non-Executive Director. From 2007 to 2016, he Chaired the Board and led the turnaround of Ausmaq Limited, a managed fund and term deposit custody and servicing business, with over A$40 billion in funds under administration. 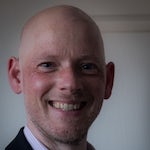 Mark is the Director of Strategic Markets at LexisNexis where he leads the company’s engagement with large law firms and in-house teams. Mark practised as a lawyer for ten years at national and City law firms and an international in-house legal team. Alongside his work for LexisNexis Mark is a Fellow and Senior Advisor at Judge Business School, Adjunct Faculty at Henley Business School and an Affiliated Lecturer at the University of Cambridge Faculty of Law. Mark holds an MBA and an MSc in behavioural change and is a practising executive coach working with law firm management and senior in-house lawyers.