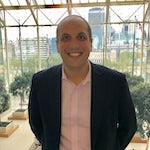 He is General Counsel for the Regions team at Network Rail which owns, operates and maintains the national rail infrastructure. In the 3 years since taking up his current role, Dan and his team have become closely aligned to the needs of the business, placing the customer at the heart of the team’s strategy and delivering against a vision of ‘consistently exceeding customer expectations. To achieve this vision, the team’s focus has been increasingly on how we deliver our service rather than what we deliver. Quite rightly, there is an expectation from the business that the team’s legal advice will be right.

What sets the Network Rail legal team apart is the focus we have placed on our people. Adopting a ‘people first, then lawyers’ approach has meant we have focussed on training, developing and coaching the team to broaden their skills and to better serve our customers. More recently Dan has brought together a number of senior leaders across the industry to focus on transforming the training and development of lawyers industry-wide. This is designed to create more all-rounded ‘O Shaped’ lawyers who will be better equipped to meet the demands placed on them in an increasingly disrupted and changing sector.

John Skelton, GC Shared Services and Group DPO, Centrica
John is the General Counsel for Shared Specialist Services and the DPO for Centrica, where he has worked since 2013. Prior to that, he spent many years in private practice (Pinsent Masons and Eversheds) where he was an Outsourcing and Technology lawyer.  John is also on the Leadership Team of the O Shaped Lawyer. 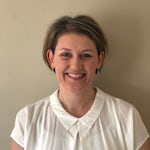 I currently work at Capita plc as the Divisional Legal Director for the Software Division.  I started my career as a commercial lawyer in private practice, but quickly moved in-house, first to National Car Parks Limited, and then to Capita where I have worked for more than 12 years.  I initially spent the majority of my time working on high-value outsourcing contracts, but my focus is now on IT/IP work.

As I have progressed through my career I have realised that a lawyer needs many more skills than those taught at Law School.  I have therefore signed up to study for an MBA at Cranfield University, and am now 18 months through the two-year course.