Kenny heads the Outsourcing, Technology & IP legal team at NatWest Group. He joined the bank in 2006 as a legal counsel and has progressed to lead the full team, sitting on the department’s Senior Leadership Group. Prior to joining the bank, Kenny worked in private practice and as sole in-house counsel at Graham Technology plc. He has led on some of the largest technology outsourcing projects in the UK and is now additionally responsible for the bank’s role out and adoption of legal technology. He provides extensive support to the bank’s technology, innovation, payments and Fintech initiatives and works closely with the bank’s innovation hub at the bank’s Headquarters in Edinburgh. He continues to support and promote the bank’s engagement with SMEs and the start-up community through his involvement in the NatWest entrepreneurial programme. 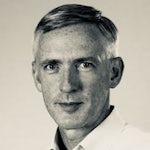 Jamie Fraser is CEO & founder of the legal operations consultancy business, NineNineSix Solutions. He began his career as a commercial lawyer in private practice in London at Freshfields and then US firm Arnold & Porter, focusing on technology and IT matters. He moved in-house to IBM for four years, before taking the first of three roles with the FTSE 100 company, Smiths Group Plc. He was General Counsel for the IT function but then moved to become Associate General Counsel within Smith’s oil and gas division. His final role at Smiths was as Director of Legal Operations & Innovation. This role was focused on the transformation of the Legal function – both in terms of becoming an integrated function, as well as how technology can support and improve the provision of legal advice. 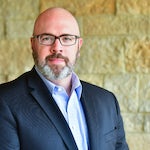 Scott McVeigh is the Industry Principal at Onna, a Knowledge Integration Platform on a mission to make enterprise information accessible, useful, and private. Onna currently integrates with over 30 of today’s most popular applications and helps companies with Compliance, Information Governance, eDiscovery, and more. Scott has over 15 years of experience in the Information Governance space and was previously the VP of Service Delivery at Deloitte.

Catrin Griffiths has been editor of The Lawyer, the award-winning title for the legal profession, since 2000. In that time she has widened The Lawyer’s coverage to include the global legal industry and led the magazine’s transformation into a major online brand. She won Editor of the Year at the PPA Awards in 2018. A Welsh speaker, Catrin studied French at university and recently completed a PhD in English Civil War literature. Outside her day job, she runs a choir and is a trustee of two charities, Orchestras Live and Jerwood Arts.