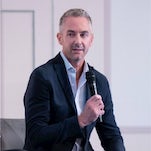 Brian is a highly experienced senior professional with 21 years’ legal practice, 6 of them at a top international law firm in the City of London and 15 of them at Europe’s leading media organisation.

As Head of UK Legal Operations & Development at Sky Legal, Brian takes a leading role in delivering Sky’s vision to create the ‘Legal Department of the Future, Now’, ensuring Sky Legal is as innovative and efficient as possible in meeting its core objectives. Brian’s role has a particular focus on positively and creatively influencing change and new ways of working in transforming how Sky Legal operates to work smarter, not harder. Brian is passionately focused on personal and professional development at Sky Legal; creating an environment in which Sky’s lawyers can be their best, do their best work and set themselves and the wider team up for success in the future. 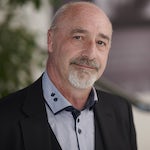 Kevin has been Head of Legal Affairs and Regional Compliance Officer at BSH Home Appliances Ltd, the UK subsidiary of BSH Hausgeräte GmbH, part of the Bosch group since 2010 and became Company Secretary in 2013. Kevin graduated with an LL.B.(Hons) in 1998 and was called to the Bar in July 1999.

Kevin has created an in-house legal team of trusted advisors responsible for litigation and risk management and legal/compliance services. He has implemented AI contract analytics software; electronic contract management, and e-signature solutions; and matter management SaaS products for use by the legal department and internal/external business stakeholders. 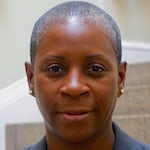 I. Stephanie Boyce, President, Law Society of England and Wales

I. Stephanie Boyce is the 177th, the sixth female, the first black office holder, the first person of colour and the second in house solicitor in almost fifty years to become president of the Law Society of England and Wales. Stephanie was admitted as a solicitor in 2002 and has a wealth of experience in corporate governance, regulatory frameworks and professional regulation.

Stephanie holds a Master of Laws in public law and global governance from King’s College, University of London and is a Fellow of the Chartered Governance Institute. Stephanie is a Council member of the Law Society of England and Wales representing the Women Lawyers Division, Chair of the Strategic Litigation Group and member of the Board of the Law Society, a solicitor member of the Joint Tribunal Service and holds a number of statutory appointments with her local authority. Stephanie has recently been appointed to the HM Treasury and the Department for Business, Energy and Industrial Strategy (BEIS) commissioned – an independent task force to boost socio-economic diversity at senior levels in UK financial and professional services.

In 2020 Stephanie was voted on to the Governance Hot 100 – Board Influencer and made the Power List 100 Most Influential Black People in the UK in 2021.

Stephanie trained as a corporate lawyer at Theodore Goddard (now Addleshaw Goddard) and left private practice to go in-house at the time of the first dot.com boom. She has spent over 20 years as an in-house counsel in a number of different industries, including PR and media (NextFifteen Communications), travel and hospitality (Kuoni), and telecoms (Cable & Wireless). She also ran her own boutique law firm advising tech start-ups.

Since 2018 she has been General Counsel and member of the executive leadership of global software company, Snyk, a provider of developer-first solutions for cloud-native applications. In 2021, Snyk completed a $300m Series E round of fundraising. Stephanie is also an advisor to fashion start-up Lone Design Club. She writes and speaks at events on issues around diversity, inclusion and women’s leadership. Most recently she has contributed to the Juro e-book “Legal for Scaleups” and was a panellist at the Women, Influence & Power in Law Conference. She is a member of the TechGC network in the US and the Disruptive GC Network in the UK. Stephanie is a mother to two boys and a cat and lives between Ealing, London and Frome, Somerset. 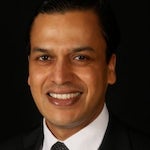 Nayeem Syed is a Senior Director at London Stock Exchange Group, where his work focuses on financial technology, complex outsourcing and global transformation.  He is also Global Chair of LSEG’s Asian Network, which partners with senior management to help increase leadership progression of employees from underrepresented groups.