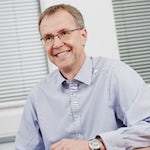 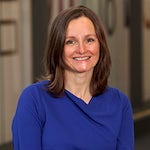 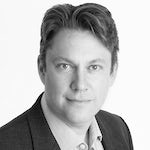 Tom currently heads the Law Department for Wells Fargo in the EMEA region leading a team of lawyers and paralegals who cover all the lines of business active in the region and regulatory matters. Prior to joining Wells Fargo 5 years ago, Tom previously worked at RBS in both legal and front office roles and he trained and spent 6 years at Slaughter and May. 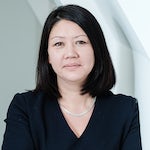 Johanna heads Mishcon’s Investigations practice. She has significant experience in domestic and international serious fraud, corruption and money laundering cases, acting for corporates and also senior individuals in prosecutions brought by the SFO, FCA, HMRC and CPS. Johanna has also acted for a range of corporates, from SMEs to FTSE 100 companies in relation to allegations of fraud and corruption, conducting internal investigations and representing them in external investigations and prosecutions. While at her previous firm, Johanna was a key member of the team involved in acting for Tesco plc and was part of the core team that negotiated the DPA. Johanna has unique experience in advising in connection with proceeds of crime investigations and, in 2020, she represented the respondents (including four corporate respondents) to three Unexplained Wealth Orders obtained by the NCA in relation to three London properties. The challenge brought by Johanna was the first and only successful challenge brought against UWOs since their introduction in 2018. The Court of Appeal refused the NCA permission to appeal. In the past year, Johanna has conducted a number of corporate internal investigations into a variety of issues included suspected bribery; fraud; POCA offences, theft of confidential information and also breaches of health and safety legislation. She has experience in advising clients in relation to compliance matters and has recently co-authored the first chapter on Compliance for GIR’s Practitioner’s Guide to Global Investigations. 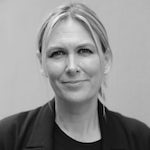 Jo is head of Mishcon’s award-winning White Collar Crime & Investigations Group. She regularly advises companies and individuals in corruption investigations, fraud, money laundering and contentious financial services litigation. Often her clients are based abroad. The litigation is complex and usually involves multiple jurisdictions. Government agencies on the other side of her cases range from the SFO, FCA, CMA and HMRC domestically and DOJ, SEC and IRS in the US and PNF in France. Cases involving counterparts in Europe, CIS countries and the Far East. Jo’s numerous high profile cases include; representation of the Ahsani family in the multifaceted SFO investigations into their company Unaoil, advising clients in the SFO’s investigations into Rolls Royce, Alstom, Balli Group, Airbus, BAT, Quindell and Ultra. She is also involved in the 1MDB investigation. Jo won Individual of the Year for White Collar Crime at the Legal 500 UK Awards 2019. In 2018 Jo was listed in Who’s Who Legal’s Business Crime Defence 2018 and is recognised as a Global Elite Thought Leader for EMEA in both the Corporate and Individual Defence listings. Jo is named in the 2021 Spears 500. She was named as one of the top 100 outstanding female investigations lawyers in the 2018 Global Investigations Review special on Women in Investigations, She is one of a handful of individuals who have been nominated twice in The Lawyer’s Hot100. She is also listed in Band 1 for Financial Crime: Individuals in Chambers & Partners.