Norton Rose Fulbright was formed from the merger of Norton Rose and Fulbright & Jaworski in 2013. Norton Rose had a reputation as one of the ‘nice’ City firms – the sort of place you would go to train if you fancied big deals and a strong international flavour to the work, but were put off by the cut-throat reputation of the magic circle. Its reputation for decency was cemented during the financial crisis when it made great efforts to

Norton Rose Fulbright was formed from the merger of Norton Rose and Fulbright & Jaworski in 2013. Norton Rose had a reputation as one of the ‘nice’ City firms – the sort of place you would go to train if you fancied big deals and a strong international flavour to the work, but were put off by the cut-throat reputation of the magic circle. Its reputation for decency was cemented during the financial crisis when it made great efforts to avoid making redundancies at a time when its peers were unceremoniously laying off associates.

Historically strong in banking and finance, the story of Norton Rose as an international law firm starts with the moment an IRA bomb decimated its Bishopsgate headquarters in 1993. No employees were killed, but it was a blow from which it took several years to recover. During that time, its City rivals were already forging ahead with overseas expansions.

The firm explored a US tie-up in the late 1990s, but was met with resolute indifference from the New York white shoe firms. At around the same time the firm decided to go it alone in Hong Kong, ditching its alliance with Johnson Stokes & Masters (JSM). The partnership officially came to an end in 1998 and then, as a result of small print in the original agreement signed in the 1970s, Norton Rose was barred from opening in the territory for three years. The firm decamped to Singapore and came close to losing one of its most important clients, HSBC. Norton Rose finally relaunched in Hong Kong in 2001 and JSM ­eventually merged with Mayer Brown in 2007.

Meanwhile in Europe the law firm was busy playing catch-up with its competitors. It already had a strong finance practice in Paris, but needed to be in Germany. The problem was, all of the best merger targets had already been snapped up by other international firms. Norton Rose began merger talks with little-known Gaedertz in 2000, which broke down acrimoniously after the German firm failed to approve the link-up. Gaedertz would eventually splinter into different offices, with Norton Rose securing the Cologne practice.

The cost of running underperforming overseas offices was ­having a huge impact on the entire firm. Between 2001 and 2003 the average profit per equity partner (PEP) at the firm slumped from £520,000 to £390,000. It is understood that, during the darkest days, London equity partners would have been taking home almost double what they actually received had it not been for the overseas offices.

It was against this backdrop that Peter Martyr took the reins as chief ­executive, taking over from ­managing partner Roger Birkby. From the start, he set out his stall as the man who could sort out the ­international network. He succeeded. Norton Rose elbowed its way out of the ‘squeezed middle’ between the big boys and the boutiques by using a Swiss verein structure to strike mergers in America, Australia, Canada and South Africa.

The first significant merger came with Australia’s Deacons in 2009. Next year the firm unveiled a three-way tie-up with Ogilvy Renault of Canada and Deneys Reitz of South Africa. Those links went live in 2011, along with the takeover of another Canadian firm, MacLeod Dixon.

The big prize came in 2013, however, with the long sought-after merger with a US firm. While in the 1990s Norton Rose had been fixated on New York, this time round it looked further afield and found a suitable partner in Texan energy giant Fulbright & Jaworski.

More expansion, via the acquisition of 54-partner Canadian firm Bull Housser in 2016 and mergers with Australia’s Henry Davis York and US firm Chadbourne & Parke in 2017, has since taken place – but is all still rosy?

Revenue stagnated in the years following the Fulbright merger. Meanwhile, one of the main benefits of a law firm merger or verein is supposed to be the opportunity for referrals, but referrals between the US Fulbright part of the business and the UK Norton Rose part have not been numerous.

After Martyr was elected chief executive of Norton Rose in 2002 the partnership was gradually run more like a corporate, with centralised decision-making. This approach has meant the firm was able to push through policy changes that propelled it to its present state, but for some, it rankles.

What is the trainee salary at Norton Rose Fulbright?

What is the NQ salary at Norton Rose Fulbright?

Norton Rose Fulbright has lost a third partner this year to the magic circle, this time in intellectual property. Paul Joseph joins Linklaters’ global IP practice where he will be based in London. He joined Norton Rose Fulbright in 2020 as partner and before that he was at RPC for over 10 years. He started out as a senior associate at RPC in 2010 and was promoted as partner in 2012. Before that he was a senior associate at Freshfields […]

A partner from Norton Rose Fulbright’s technology, media and telecoms team has joined Clifford Chance, making him the firm’s second City lateral hire in five months. Zayed Al Jamil is expected to join Clifford Chance on 1 May. He has spent more than five years at Norton Rose Fulbright, making partner in 2021. At Norton Rose, he worked on commercial and outsourcing technology projects, as well as tech-related aspects of corporate transactions. Al Jamil previously spent more than two years […] 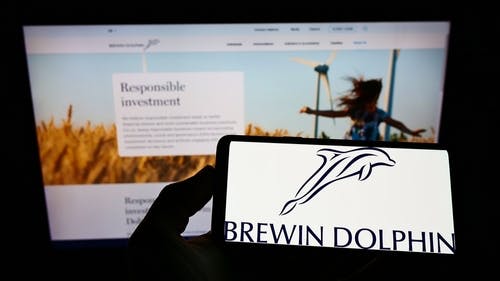 Norton Rose Fulbright and Travers Smith are the two law firms that have scored the mandates Royal Bank of Canada’s offer to purchase Brewin Dolphin for £1.6bn. RBC said in a release that Brewin Dolphin shareholders will be offered 515 pence per share chalking up a premium of 62 per cent to the closing price of 318.0 pence per share. Travers Smith advised the sell-side and was led by corporate M&A and ECM partner Adrian West and director Neal Watson. […]

After it was revealed yesterday that Norton Rose Fulbright had banned its lawyers from commenting on Russian sanctions, the firm has clarified its position on the Ukraine invasion. In a statement, a spokesperson said: “We are shocked by the tragic events unfolding in the Ukraine. Across our global firm, we are donating to humanitarian appeals to support the people of the Ukraine and we hope for a swift and peaceful resolution. “As with many other law firms, it is standard […]