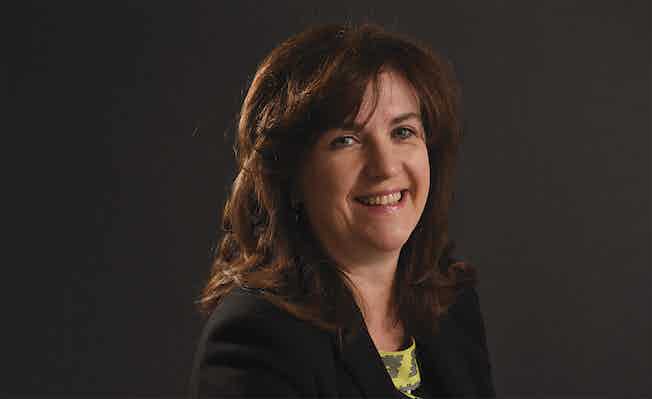 What next for Withers and  its managing director Margaret Robertson? 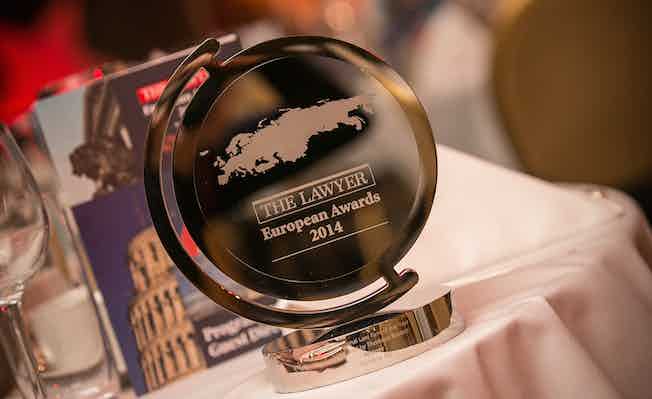 In less than two months Europe’s top law firms will head to London to battle it out at The Lawyer European Awards. Here are the nominees so far

She’s now due to qualify as a solicitor – but she hasn’t done a normal training contract. Instead, she’s learned how to code and spends her time pitching to clients and strategising about how Addleshaws uses technology.

What’s your background – did you always want to be a lawyer?

I’m from Kent originally. I always thought I wanted to be a barrister, so I applied to do law at university and happened to end up at Manchester.

After uni, I still wanted to be a barrister, so I went and did a postgraduate certificate in criminal law and society because I thought that would be relevant. I did that part time while working, then did my bar course in Leeds.

While I was in Leeds I had my eldest child, I finished the course in the summer of 2008 and then I went on maternity leave.

I went back to work for a bit, running Pathways to Law at the University of Manchester, getting A level students in law. Then I had another baby and took some more time off.

How did you end up at Addleshaws?

After coming back from having my second baby I thought, ‘Now’s the time I need some legal experience so I can apply for pupillage.’

There just happened to be a job for a ‘transactional services assistant’ at Addleshaw Goddard. I though it sounded interesting though I wasn’t 100 per cent sure what it meant!

That was in December 2010 and I was one of the first 11 paralegals in Addleshaws’ Transactional Services Team.

That’s how I ended up at the firm. At the time, I’d done a bit of legal work experience and things like that and still thought being a solicitor wasn’t for me. But I really enjoyed working in the team and in May 2011 I was promoted to senior paralegal.

How did your time at the firm progress?

That summer I applied for a training contract at Addleshaws… and didn’t get one!

But I was doing more and more complex work within the team and in January 2012 I was promoted to team leader. That meant I was managing a couple of teams, and some of our really big projects. That summer I applied for a training contract at Addleshaws again, and that time I got offered one. It was due to start in September 2014 – because obviously firms recruit so far in advance. By that point the powers that be had agreed you could convert your bar course to the LPC so I did that conversion part time for a year while working.

Then in 2013, I was promoted to another role in the team – quality manager. That job involves looking at our processes and working out the best ways to ensure the work our team is doing is of a high enough quality. Over that year I started to think, ‘Do I really want to leave this?’ The team had grown to 80 people, it was really exciting and I really felt I was shaping something. The thought of going and leaving all this excitement behind… well, I started to wonder if that was what I wanted to do.

We had a discussion about whether I could do my training contract in the Transactional Services Team. I wanted to continue where I was, but equally I do still want to tick those final boxes and become a solicitor.

In summer 2014 the firm agreed I could do my training contract in the team, stay the role – that summer I was made senior manager – but I would start to tick off the competencies that allow me to become a solicitor.

How has it panned out?

I think I made absolutely the right decision. The team has exploded – we are 144 people now, with the majority based in Manchester, though we have a Leeds offering and people in London as well.

I get to do really exciting work – I go and pitch to clients, and I work with for people right across the firm. Along with Mike, the head of the team, as senior manager I focus on strategy and development and the use of technology. I manage a couple of people and they are very much focused on the technology across the firm – it actually makes my role wider than just the team. We also have another senior manager whose focused on the operational side of things.

I’ll qualify at the end of February, but it won’t change anything. It’s just a box ticked.

There’s a lot of talk in the legal press about the use of tech at the moment. Where someone like me will excel is because we understand law and how to apply to technology to law.

Sometimes, you have IT people and you have lawyers – and they don’t quite meet in the middle! People like me are able to act as translators between the two groups.

I taught myself how to code, I’ve learned how to build some of those solutions that we are building to demonstrate to clients. Future lawyers need to think more about that than they do at the moment. It’s really satisfying to build something that makes your people’s lives easier.

How do you see your career developing in the future?

I couldn’t have imagined I would be doing this job five years ago, and I suspect the role I will do in the future isn’t something that exists yet. I’m quite happy to see where it goes.

I think that having been in this team for five years, and this being one of the first teams of its kind, puts me in a good position. There aren’t many firms that would have allowed me to do the training contract this way.

I see people come though the Transactional Services Team as paralegals and I do think it makes them better trainees. I think that’s a really good message. A lot of people think they need to get a training contract in their second year and if they don’t it’s the end of the world. It’s not!

A short film clip of David Bowen, Head of Private Office Consulting at Deloitte UK, speaking about his own personal experiences in dealing with family offices and regulation in Jersey.

The European Data Protection Board (the EDPB), an independent body which ensures the consistent application of the GDPR throughout the European Union and promotes cooperation between the EU’s data protection authorities, has adopted an opinion on the list of processing activities that are subject to a requirement of data protection impact assessment (the DPIA). The […]

Electronic communications, including e-mails and text messages, have become the rule in business and enterprise environments. They are efficient, easy to resort to and inexpensive. They are usually sent hastily and are believed to remain private. Also, they are not usually filed or preserved electronically and may often be lost or deleted along the way. […]

By Nic Journeaux Should a trustee resist attempts to obtain disclosure about a beneficiary’s assets by their creditor? If a trustee finds that one of its beneficiaries has been the subject of a court judgment for the payment of sum of money, should the trustee have to tell the holder of the judgment about the […]

By Ding Liping, Sun Xun The emergence of 2019 novel coronavirus disease (COVID-19) outbreak in China has aroused deep concerns not only from companies who have business in China but also who have business contacts with their Chinese counterparts. We are now in a situation that some companies have partly resumed their work while some […]

What next for Withers and  its managing director Margaret Robertson?

In less than two months Europe’s top law firms will head to London to battle it out at The Lawyer European Awards. Here are the nominees so far 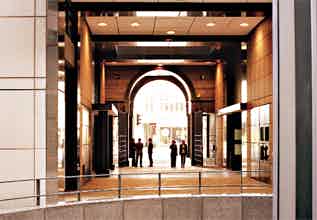 Latham & Watkins has snared another partner from the magic circle, bringing on board a corporate rising star from Freshfields Bruckhaus Deringer. London-based Sam Newhouse has departed Freshfields after spending his entire legal career at the magic circle firm. Having joined in 2003 as a trainee and later becoming an associate, he was made up […]

Ex-Freshfields Bruckhaus Deringer partner Ryan Beckwith is to appeal the £35,000 fine handed down by the Solicitors Disciplinary Tribunal last year.  In his SDT hearing last year, Beckwith was found to have initiated and/or engaged in sexual activity with Person A in circumstances in which he was in a position of seniority and/or authority. The […] 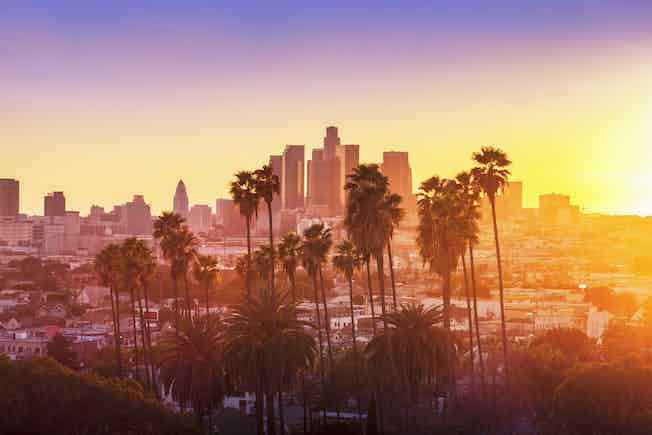 Ashurst has planted its flag on the West Coast of the US, launching a second office in the country in Los Angeles. The new office will open in Santa Monica and will focus predominantly on projects and project finance work in the transport and social infrastructure sectors. It will be headed by partner Anna Hermelin, […] 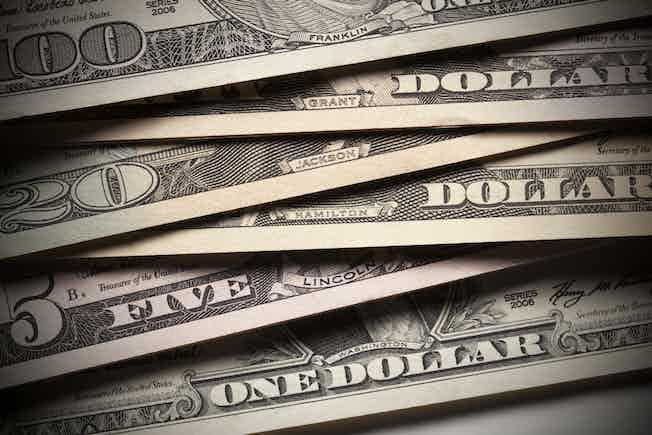 Mayer Brown reported a 7 per cent increase in its global revenue last year, bringing it just under the $1.5bn figure. The Chicago-based firm’s top line increased from $1.38bn to $1.48bn last year, a similar percentage to its average profits per equity partner, which rose to $1.8m, a 6 per cent increase from 2018’s figure. […] 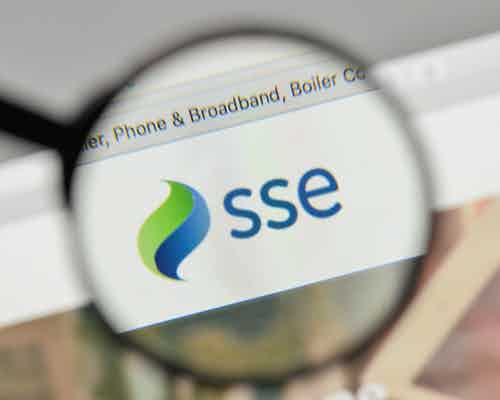 Osborne Clarke has lost its place on Scottish and Southern Energy’s (SSE) renewed panel, as five new firms have been added to the provider’s roster of legal advisers. Addleshaw Goddard, CMS Cameron McKenna Nabarro Olswang, Freshfields Bruckhaus Deringer and Gillespie Macandrew are the firms that have kept their place on the panel, while the new firms that have […]

Former Gibson Dunn partner Peter Gray has lost a bid to stay an SRA investigation into his dismissal from the firm, with the Solicitors Disciplinary Tribunal siding with the regulator. The Dubai-based litigator made the application to put a permanent stay on proceedings yesterday on two counts against the SRA; abuse of power and fair […]