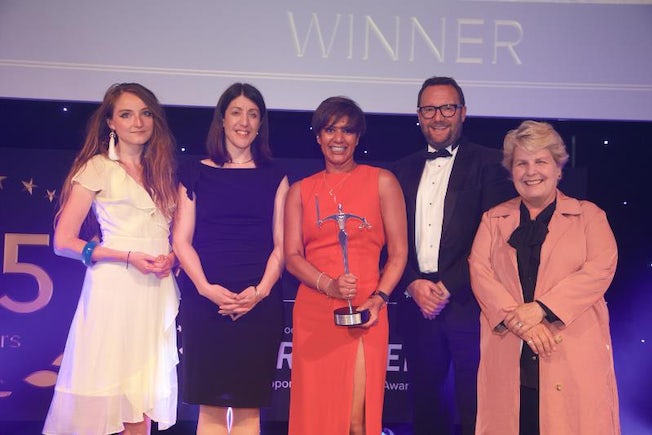 Addleshaw Goddard has scooped the top real estate prize for instructing the Chinese government (People’s Republic of China – PRC) on the relocation of its Embassy in London.

As part of the move, the Chinese Embassy took on an historic site (Royal Mint Court, which has a Grade II listed façade) adjacent to the Tower of London, securing its heritage and bringing with it a new educational and cultural hub.

With political as well as commercial sensitivities at play, Addleshaw’s team, led by head of real estate Leona Ahmed and associate Lisa Donaghy, liaised with Foreign Office and Chinese government representatives, preparing bespoke key documents in both English and Mandarin.

The judges pointed to the “international and diplomatic aspect” of the “stand out” deal, which included tax treatments on establishing rules on how sovereign land is dealt with. The team also investigated and managed issues in relation to PRC’s privacy and security needs in order to ensure the site was viable for such an operation and gave full planning advice and reviews on existing consents for the Royal Mint site.

The nature of the project, and the site itself, meant that there were multiple legal risks, but alongside the firm’s China desk, the team successfully secured a new home for the Chinese Embassy. In such a prestigious site, it is likely to become an important UK landmark.

Eversheds Sutherland and Clifford Chance worked in tow on the momentous £1.5bn sale of thousands of Network Rail’s railway arches, setting in motion the upgrade of Britain’s ageing rail infrastructure.

Alongside the clearance process, the firms managed the bidding process and developed the lease agreement with the aim of ensuring the rights and protections were sufficient for Network Rail to continue to operate and maintain the railway.

In what the judges have described as “brilliant collaboration and use of legal tech”, the firms saw through the immense commercial property sale for Network Rail, with the billions of pounds in proceeds now helping to fund the railway’s upgrade plan.