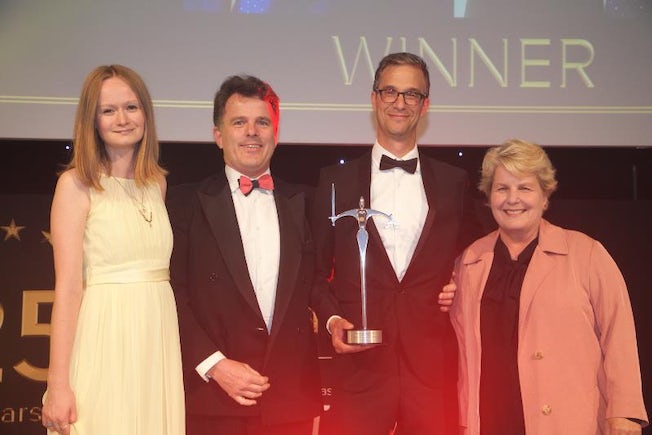 This year’s energy and infrastructure team of the year award goes to Pinsent Masons, for their role acting for Transport for London (TfL) in securing consent for the £1bn Silvertown Tunnel. The judges have congratulated Pinsents on employing “impressive legal technical solutions in a politically sensitive project”.

The team was led by head of infrastructure planning and government affairs Robbie Owen and senior associate Duncan O’Connor.

Because of previous consenting and political difficulties, the Silvertown tunnel project has been one of the most challenging and controversial infrastructure projects in London. In order to push consent through, the firm put together a complex 150- page statutory instrument, which included a flexible road user charging mechanism.

As a tunnel in a dynamic urban setting, the firm needed to develop an adaptable and flexible approach to road user charging, to allow TfL to adjust according to traffic demand and congestion, as well as environmental impacts such as air pollution and vehicle emissions.

The firm was also able to get consent pushed through, despite air quality concerns, and avoid a legal challenge to the Development Consent Order by developing a strategy to ensure environmental aspects of the scheme are monitored and effectively mitigated.

When complete in 2023, the twin-tunnel crossing will enhance connectivity in East London, ease congestion and cut down on traffic pollution.

Ashurst, led by corporate partner Naomi Horton, set the wheels rolling for transformation on the tracks in Wales, advising KeolisAmey on its winning bid and subsequent work as new operator for the Wales & Borders rail franchise.

The deal was the largest ever Welsh contract and included a review of the impact of newly implemented rail legislation and issues not yet tested in the market, such as significant data transfers in a rail industry context post GDPR.

The judges commented that the deal demonstrated Ashurst’s expertise in rail infrastructure transactions.

The judges stated that the size of Norton Rose Fulbright’s Triton deal “really shows the depth which Norton Rose have in this sector”. The firm saw through the financing of innogy SE’s £2bn 860MW Triton Knoll Wind Farm. As one of the world’s largest offshore wind farms located 33km away from the coast of Lincolnshire in the North Sea, it will be an important future source of home-grown renewable energy in the UK when generation starts in 2021.