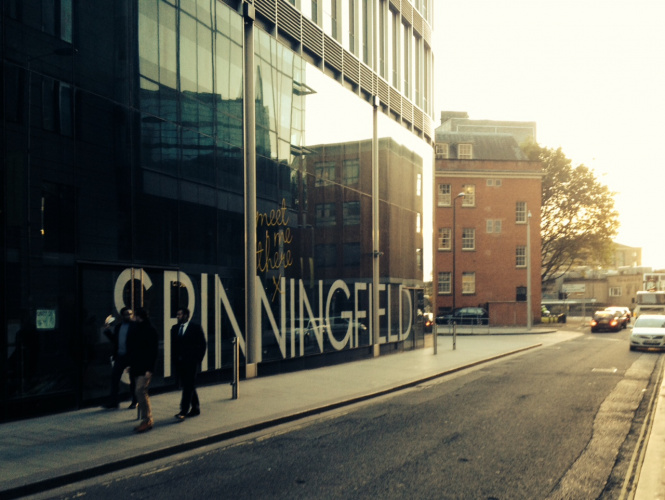 How Shoosmiths completely changed the way its lawyers work 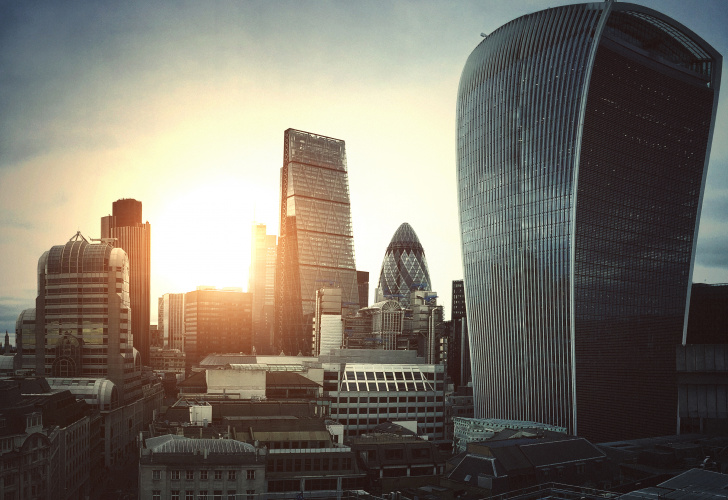 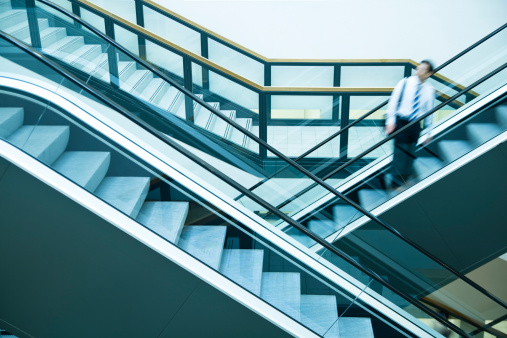 Macfarlanes has promoted four lawyers to partner in its 2018 promotions round. They are private client lawyer Isobel Morton, commercial lawyer William Hedges, tax lawyer Ceinwen Rees and Samuel Brooks, who becomes a partner in the firm’s investment management team. Morton and Rees trained at the firm; however, Rees is rejoining as a partner after an eight-year absence […] 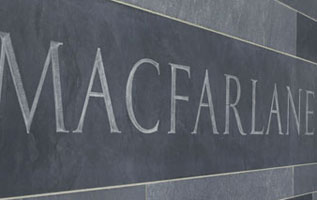 Eversheds Sutherland’s head of corporate crime and investigations Neill Blundell is leaving the firm for Macfarlanes, The Lawyer can reveal.

Macfarlanes senior partner Charles Martin is only half-joking when he says the firm’s September 2017 move into new offices was 35 years in the planning.

It was in 1983 that Macfarlanes took on a 35-year lease on 10 Norwich Street, near Chancery Lane. “Ever since then we’ve been organising all our leases to fall into place at the same time, to give us maximum flexibility,” says Martin.

Until this year Macfarlanes’ staff and lawyers were spread around six buildings – all close to each other, but of differing ages and with differing floor plans. Martin says it has been almost 20 years since the firm was able to fit “almost all our lawyers” into a single building.

With the lease on Norwich Street running out, about five years ago Macfarlanes began the process of looking for new options.

Martin reveals it looked at a wide range of premises – new and old, further East and around its current location – and eventually settled on a new, 60,000sq ft building on Fetter Lane. Opposite Bird & Bird’s new premises, 98 Fetter Lane was being gutted and rebuilt from the inside. Conveniently it was adjacent to the Norwich Street office, and Macfarlanes eventually settled on a deal which would see the two buildings linked up via a ‘bridge’ on four floors.

The leases have been brought into line again and overall the cost (about £6.4m) and amount of space (128,000sq ft) Macfarlanes is occupying will not change significantly, although the space itself is now very different.

Walking past the offices on Fetter Lane now, you would not know a law firm was occupying the building. There are deliberately no signs or branding. Unlike many other recent law firm moves, where the “client experience” has been front and centre, Macfarlanes’ move is all about its own people.

The firm’s clients will in fact not notice any difference, because the client-facing offices at 20 Cursitor Street remain unchanged. These were refurbished in 2008 and Martin says Macfarlanes likes the atmosphere and facilities there – and it is just a short walk from the new building.

Instead the Fetter Lane move has focused on bringing the firm together and taking advantage of new technologies.

The entrance gives way to a large, open, airy space. Next to a plain reception and security gates there is a break-out area with tables and sofas and an eclectic selection of magazines, including The Lawyer, Private Eye, Vogue and BBC Good Food. Martin says this space, intended as a relaxation area, is not yet being used as much as he had hoped. The magazines are being picked by associates and the use of the area is being monitored; it may need more soft seating.

Close by a coffee bar, run by trendy chain Department of Coffee & Social Affairs, sends an enticing aroma of freshly-roasted coffee around the lobby. The coffee bar is open from early morning until the afternoon and 50p from every drink goes towards Macfarlanes’ charity of the year. In the same open-plan area is the firm’s subsidised canteen, which has doubled in size with the move and now has pop-up offerings like sushi in addition to daily breakfast, lunch and dinner service.

Martin says the firm has never had a space like this before and the intention is that lawyers and staff are encouraged to come and hold meetings or work in this area. The firm is also using it to hold monthly drinks for all, something it has never previously been able to do.

The walls are decorated with large reproductions of historic London maps, a theme which reoccurs on each floor along with an emphasis on photography. Every floor has another small kitchen-breakout area as well as internal meeting rooms.

Crucially, Macfarlanes has chosen not to go open-plan with its new offices. Martin explains that staff were canvassed for their opinion and there was “no great appetite” for it. Instead, most lawyers are in offices for two. Heads of department, plus Martin and managing partner Julian Howard, have their own offices to enable them to hold more confidential meetings.

However the firm has an open-door policy and encourages interaction between staff. Some departments, notably the derivatives team, also have a more open-plan layout with the feel reminiscent of a bank’s trading floor.

Read other Workspace Trends case studies, including the law firm office refurbishment that required some Dunkirk spirit, and why another overhauled its legal tech alongside an internal restructure.

Not everyone has moved into the Fetter Lane offices. Martin and Howard, for example, are still in the Norwich Street building, although this is now connected via the link bridge to Fetter Lane and was also recently redecorated to give it the same feel as the new offices. Martin says the decision over who to move was dictated mainly by the number of people and the amount of space available.

“The main driver was to make sure that we match the size of practice areas to the space we had, and wherever possible we put teams that we wanted to have near each other, near each other,” he says.

There remains one floor of lawyers in 20 Cursitor Street. The employment team is based there, working closely with Macfarlanes’ HR team. Most of the rest of the firm’s business services staff are based at 19 Cursitor Street, although they are also dotted around the other buildings.

While in the process of moving offices, Macfarlanes also totally upgraded its IT system. All lawyers now have the option of working from home once a fortnight and to help facilitate that they now also have the option of being given a Microsoft Surface Pro – a two-in-one tablet-laptop – which will connect them to the firm’s systems wherever they are.

The IT upgrade added to the total cost. Macfarlanes will not disclose the cost of its IT upgrade, building and fit-out costs, but Martin says most of it will be absorbed in the current financial year. Some of it came in the 2016/17 financial year, in which Macfarlanes saw a 4.1 per cent increase in turnover but flat net profit.

Many firms talk about how an office move can help change a firm’s culture. Martin is adamant this was not the aim for Macfarlanes, although the new building has helped “refresh” the way the firm works and feels.

The site was originally developed in the 1950s for the offices of the Solicitors Law Stationary Society and known as Oyez House. In the late 1970s and early 1980s the building was split internally and became 98 Fetter Lane and 12 Norwich Street, although according to the planning application for the recent redevelopment its outward appearance remained of one building.

In 2008 the building was redeveloped again, with a further planning application in 2011 for more redevelopment. The most recent works took place in 2014.

In early 2017 owners Blackstone sold 98 Fetter Lane to a private Middle Eastern investor, according to CoStar. CoStar reported that the building was valued at just under £71m.

Macfarlanes moved into the building in September 2017.

How Shoosmiths completely changed the way its lawyers work

Macfarlanes has promoted four lawyers to partner in its 2018 promotions round. They are private client lawyer Isobel Morton, commercial lawyer William Hedges, tax lawyer Ceinwen Rees and Samuel Brooks, who becomes a partner in the firm’s investment management team. Morton and Rees trained at the firm; however, Rees is rejoining as a partner after an eight-year absence […]

Eversheds Sutherland’s head of corporate crime and investigations Neill Blundell is leaving the firm for Macfarlanes, The Lawyer can reveal. 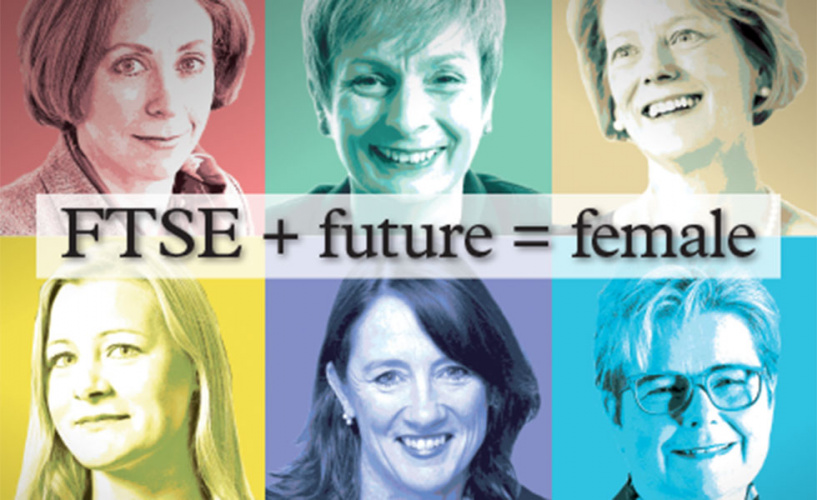 General counsel have higher status and are more collaborative than ever before. And there are more women in the top jobs too