Linklaters has pledged to offer an alternative career path to partnership as part of managing partner Gideon Moore’s strategy for the firm.

In order to boost future female partnership and retain talent throughout the firm, management is pushing for a higher uptake of agile working and is “getting the firm as a whole wired differently” to avoid discouraging people that expect to take longer to get to partnership.

Data from The Lawyer shows that it takes on average around eight to 10 years’ PQE to be made a partner at Linklaters. 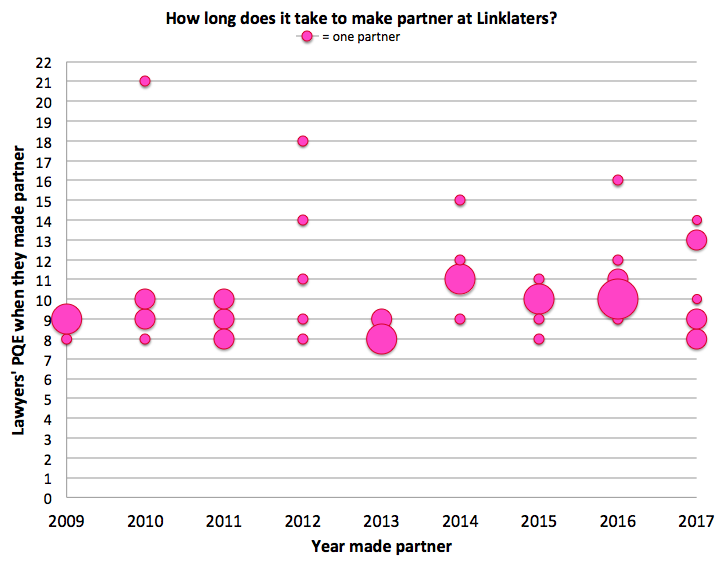 Linklaters senior partner Charlie Jacobs told The Lawyer: “A lot of people say they want to be a partner, but want to get there at a slightly different pace to do different things in their lives at different stages’.

“In the old days it would be like running 100 metres: you sprint for the partnership line. And anyone who slightly deviates from that can be a counsel or a managing associate – or do know-how or precedents. There is this assumption that they don’t want to be partners. That attitude isn’t just a diversity issue, there are a lot of people who are saying ‘I want more time off to do something a little bit different for a little while’ and we don’t want to lose that talent.”

Linklaters made up 26 associates to partner in its latest promotions round, including eight in the UK of which two were women. According to data from The Lawyer‘s Global 200 2017, Linklaters currently has 400 male partners globally and 84 female partners. 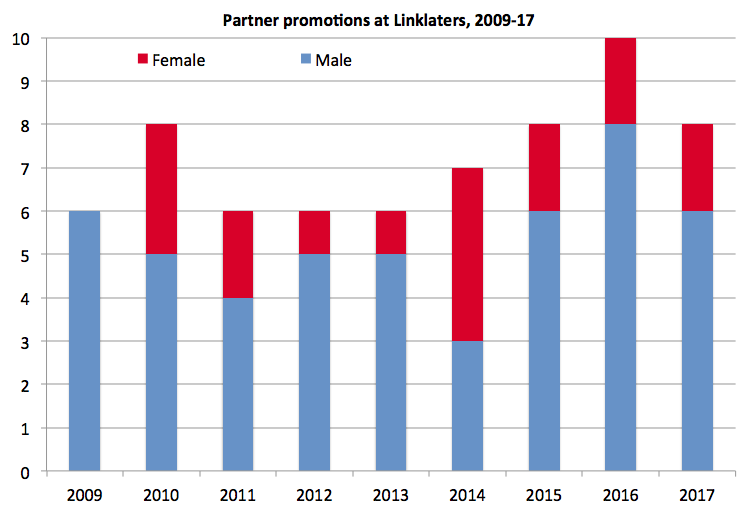 Moore said: “We keep saying we want to have a better gender mix in the partnership but if we don’t do anything about it in five to 10 years’ time we will be saying the same thing.

“It’s all very well for Charlie [Jacobs] and I to say that we want agile working and great quality work, but if we can’t point to examples where this has worked it will be falling on deaf ears.”

As part of this change in dynamic, the firm is considering partnership promotion to lawyers that are working on an agile basis or come from in-house.

Existing examples of non-conventional success at Linklaters include Asia head of employment and incentives Laure de Panafieu, who worked across several of the firm’s offices and rose through the ranks while working on an agile basis; former US Department of Justice lawyer Matt Axlerod who joined the firm in Washington DC as a partner; and a legal executive in London who rose through the ranks to partnership.

“We are saying to clients that we know exactly how banks think and how regulators think because a partner was in this situation a year ago,” Moore said. “It’s great to have this flexibility within the organisation and to allow people to come from outside and offer something that will supplement what we already have.”

Earlier this week, The Lawyer reported that Linklaters is piloting a new career model for associates, allowing them to work fewer hours for a proportionally reduced salary.

As part of Moore’s strategy refresh, Linklaters has also opted to ditch individual partner targets in a bid to boost team performance.