DLA Piper has played a key role in the launch of guidelines issued by the European Commission intended to help businesses save money and get the most out of cloud computing services. The guidelines are intended to ensure contracts between professional cloud users and cloud providers are written plainly, boosting confidence in the digital market. […] 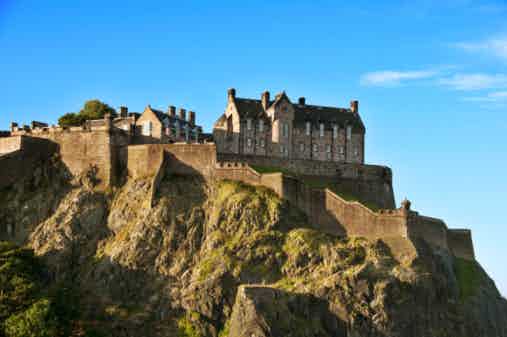 London will fall to US firms, ABS is no big deal, Vereins have had it and the modern obsession with process is a waste of time. Discuss

In a time of unprecedented uncertainty in the legal market, most people with skin in the game are interested in where things are heading. We industry observers are often asked for predictions, but uncertainty is the mother of caution and few want to stick their necks out. For what it’s worth, here’s my neck stuck out, bared for the troll-axe:

Law firms thinking they can merge their way to market share reminds me of the ‘conglomerate’ thinking of the 1970s, whereby commentators and science-fiction writers imagined a future where two or three mega-companies would dominate. All the conglomerates either collapsed or reverted to core when size and diversity failed to achieve synergies. When it comes to law firms, there is such a thing as ‘too big’.

While the Swiss table tennis fraternity might at one time have seemed like a corking wheeze to resolve the differential regional profits of professional services organisations and facilitate mergers, separate profit pools eventually bite you in the posterior. If you can’t persuade your other offices to play ball because there’s literally nothing in it for them you will be outpointed by rivals who can deliver global resources locally. And, while we’re at it, nothing irritates the multinational client more than the inability of a supposed global brand to offer a single point of contact.

3. The magic circle is doomed

The US is the biggest market for
legal services in the world and if you can’t offer world-class service there your days are numbered. It is not an impossible ask, but you’d better get it right, and soon. I’ll see at least two of the four – I except Slaughter and May – merged or fading into rosy irrelevance before I retire (see point 6).

4. The accountants will fail again

Everyone is talking about the accountants having another crack at the legal market, and they do seem to have the hiring chequebooks out. They will fail again, but this will not be their last try and some day they may get it right. Why will they fail? Because they are trying to find an answer to the wrong question. If they could answer the right question they could change the game. They are not years ahead, as many think – they are operating in a different dimension from their legal cousins.

The alternative business structure (ABS) is a wonderful way of ridding the legal industry of a giant swathe of pretty rubbishy little high street firms who should have gone out of business years ago. However, anyone crackers enough to invest large amounts paying off the already-overpaid partners of some borderline mid-tier City practice to try and make a profit under ABS will lose their money pretty quickly.

6. London will fall to the US firms

US firms are already hiring proportionately more corporate and finance partners in London than their UK competitors. This is a matter of fact. But remember that, thanks to the obsession with litigation back home – the US tort ‘industry’ is bigger than the agriculture sector – they have very, very deep pockets and can outbid the UK top-tier forever if necessary. As Cicero said, “the sinews of war is infinite money”.

7. The future is about purpose, not process

Excellent process is a vital consideration for today’s top law firms. And so it damned well should be, given the eye-watering amounts charged for even run-of-the-mill services. Do they demonstrate excellence every time? No, they are human beings. Process in itself will not win you the game if you don’t know why you’re playing the game in the first place. Being a cog in the wheel of the most efficient process in the world won’t get Gens Y and Z out of bed in the morning, but having a point to life will.

In a world boned, filleted and hung out to dry by social media, the idea of a top-down controlled brand is yesterday’s thinking, especially for law firms. The successful professional services brands of the future will be tech-savvy, organic, cool and trusting, understanding their true brand power will be Gestalt: an expression of a whole greater than the sum of its parts.

So there you have it, a few curve balls thrown out into the ether. Emails, brickbats, tweets and missives to the usual place…

DLA Piper has played a key role in the launch of guidelines issued by the European Commission intended to help businesses save money and get the most out of cloud computing services. The guidelines are intended to ensure contracts between professional cloud users and cloud providers are written plainly, boosting confidence in the digital market. […]

There are 30 comments at the moment, we would love to hear your opinion too.