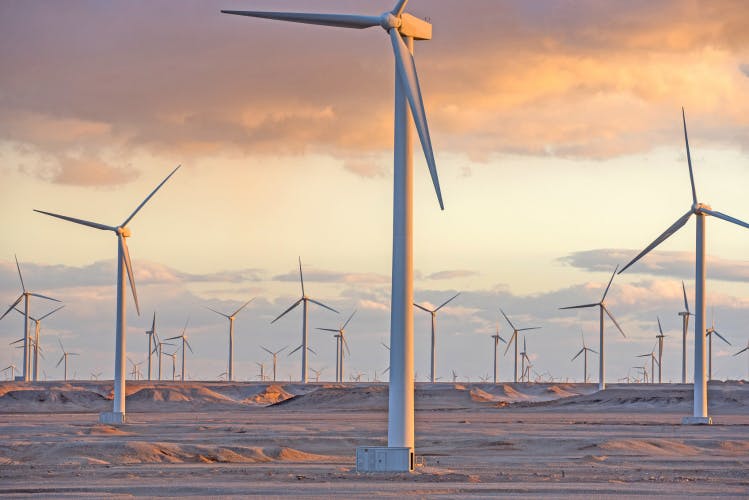 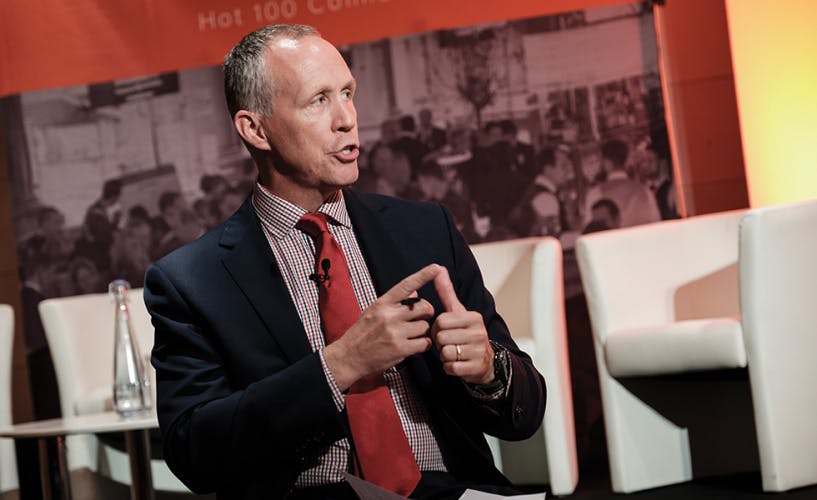 What has changed for in-house lawyers 100 days after the Brexit vote?

UK US & The Americas Opinion

This article was originally published on 17 October 2016

Trump’s battle cry, “Make America Great Again,” accuses international trade treaties, like the North America Free Trade Agreement (NAFTA) and the proposed Transatlantic Trade and Investment Partnership (TTIP) between the US and the EU, of being primarily to blame for lost jobs in America. 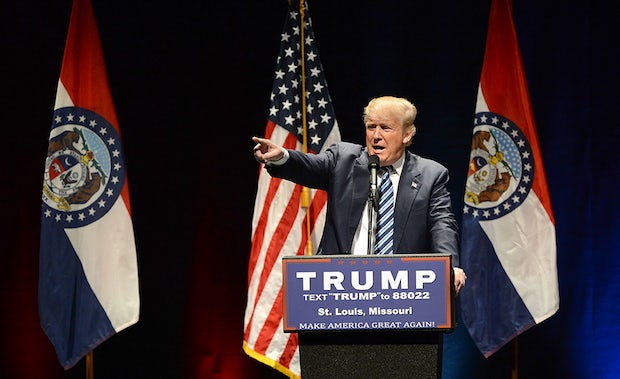 In his convention speech Trump declared: “I have visited the laid-off factory workers and the communities crushed by our horrible and unfair trade deals… My opponent has supported virtually every trade agreement that has been destroying our middle class. She supported NAFTA…She supported the Trans Pacific Partnership, which will not only destroy our manufacturing but will make America subject to the rulings of foreign governments. I pledge to never sign any trade agreement that hurts our workers, or that diminishes our freedom or our independence. We will never, ever sign these trade deals. America first.”

Indeed, Hillary Clinton, as First Lady and Senator for the State of New York, was generally in favour of trade agreements. As Secretary of State, she laid much of the groundwork for TTIP, lauding it as an economic NATO that would strengthen ties between Europe and the US.

However, as candidate for President, Clinton has been made increasingly aware of the antipathy, amongst large swaths of her own constituency, for international trade deals.

Her opponent in the primaries, Bernie Sanders, nudged her into the anti-treaty camp.  She too is now against any trade treaty that would hurt working families in America. She too does not want to alienate the car workers of Detroit, who fear that their jobs could migrate to cheaper locations in Eastern Europe. She does not want to lose the votes of the farmers of the Midwest who fear that cheaper produce will be dumped on America’s doorstep. Neither does she want to scare away young American parents who worry that their kids could be endangered by European toys with less rigorous safety standards than in the US.

Criticism of TTIP is also rife in Germany, Austria and France where dissidents worry that large American corporations will benefit from TTIP, while regular citizens suffer. Europe’s small farmers, they claim, will be crushed by competition from mega American agricultural companies. They point to the investor dispute settlement clauses included in TTIP. They fear that these will enable American mega-corporations, in secret arbitration tribunals, to challenge and void national environmental laws and health legislation.  These corporations could perceive such laws as a threat to their profitability. This would enable large corporations to subvert democracy and stifle the will of the people.

Indeed, at the fifteenth round of TTIP negotiations in New York earlier this month, the consensus seemed to be that no significant progress will be made until a new White House administration is firmly in place.

Additionally, Britain’s vote to leave the EU has reduced the significance of TTIP, given that its big attraction for the US was that it included free trade with Britain.

Notwithstanding the general rise in political hostility to trade deals between the US and the rest of the world, there are reasons to believe that Brexit has opened up a path to a US/UK bi-lateral trade treaty.

TTIP requires tortuous negotiations with 27 countries with all of their demands and foibles, (like France insisting on its exclusive right to the name “Champagne” as a precondition to signing the TTIP.)

By contrast, a trade deal with a reliable ally like Britain is much easier to conclude. The UK’s legal system and economy have much in common with the US, and the UK is already one of the US’s larger trading partners in the EU. To rust belt and farmland America, a US/UK trade treaty may well be less of a threatening and upsetting prospect than TTIP. Such a bilateral deal is likely to focus on British priorities like the mutual recognition of financial regulations and preservation of passporting rights.

Granted, the UK would need to extricate itself from Europe and find its own place in the World Trade Organisation before any US/UK treaty can be signed. That, however, should not prevent the commencement of negotiations and penciling of such a treaty right now.

It was President Obama’s hope that TTIP would be signed before he left office. It would have been one of the crown jewels of his presidential legacy. He warned the British public that Brexit would push Britain to the very back of the trade treaty queue.

Henry Kissinger responded sharply that the President’s warning. “reversed the historical sequence of a special relationship between the US and the UK, founded in the origins of America, in a common language and in a comparable system of political values, reinforced by fighting together in common wars”.

There are those in the US who dream of a “Brentrance,” in which the UK would become America’s 51st state.

This pro-UK sentiment has found more realistic expression in a bill currently before Congress, known as the United Kingdom Trade Continuity Act. The bill applauds the “special and historic” relationship between the US and UK. It requires the President to initiate negotiations with the UK and reach a bilateral agreement within a year.

What do the presidential candidates have to say about a US/UK trade treaty?

Surprisingly, Donald Trump, the most virulent opponent of international trade treaties, has declared that as a friend of the US, Britain would take priority over European countries.

“President Obama did say, I guess, that they should move to the back of the line. That wouldn’t happen with me,” promises Trump. “The UK has been such a great ally for so long, they’ll always be at the front of the line, they’ve been amazing allies in good times and in bad times.”

“Why,” added Trump, “wouldn’t the US be working with like-minded people before doing a deal with anybody else?”

The Clinton camp has been more circumspect about the prospects of any trade deal and the UK’s place in the queue.

On trade agreements in general, Hillary Clinton has said that she would hit pause and say “no” to new trade agreements, unless they create American jobs, raise wages and improve national security.

On a trade treaty with the UK alone Clinton equivocated: “We have to make clear America’s steadfast commitment to the special relationship with Britain and the transatlantic alliance with Europe.”

Is this just election talk? Will Clinton, if elected, come off the fence in favour of a US/UK trade treaty? Can Trump, if elected, ever be trusted to keep his promise?

What has changed for in-house lawyers 100 days after the Brexit vote? 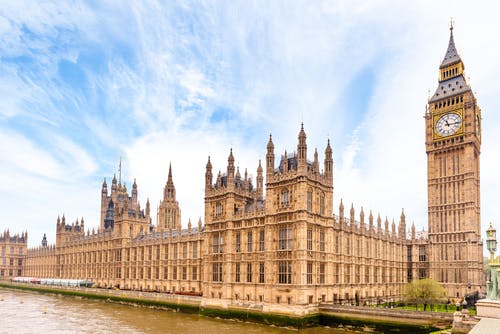 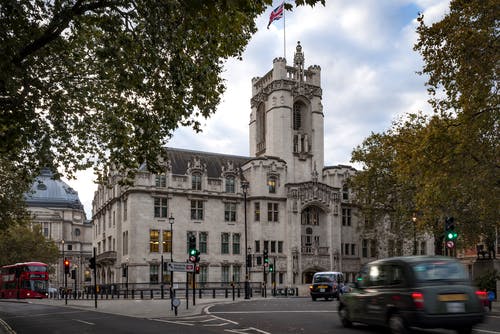 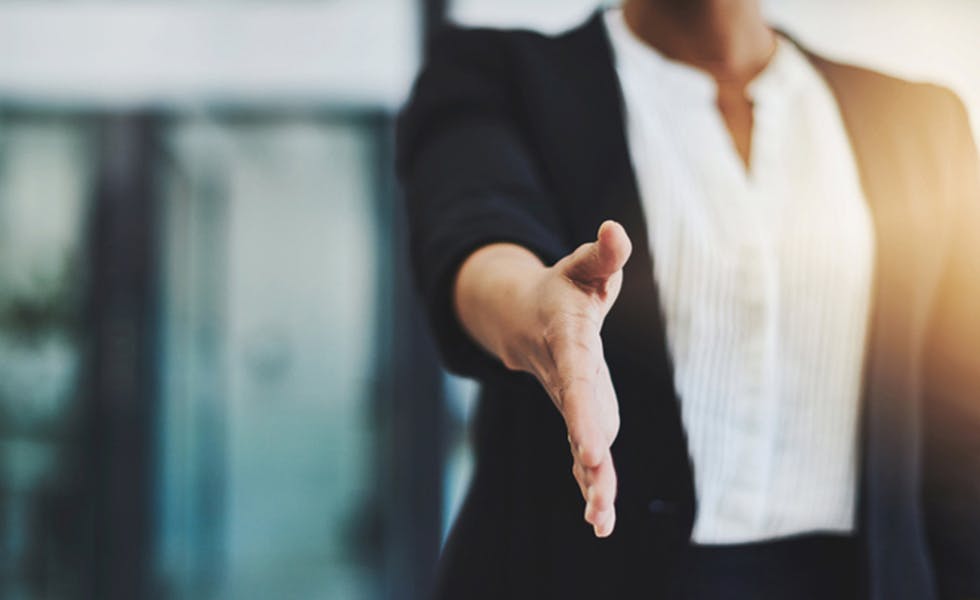 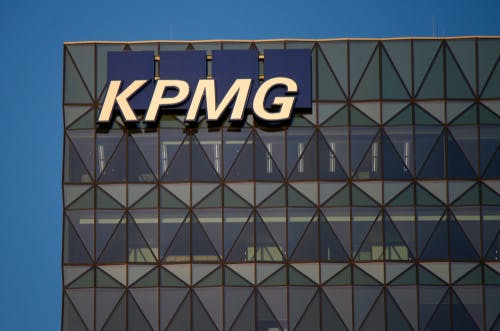