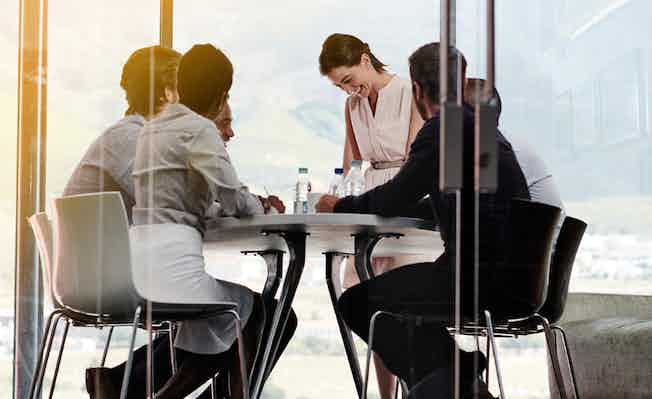 Bath-headquartered Withy King and Royds have announced their intention to merge, creating a national firm with turnover in excess of £30m.

The merger, which will take effect on 1 September this year, will form a business with 450 staff including around 300 fee-earners.

The tie-up will strengthen the firm’s presence in London, where it currently has a small office. Details of the combined firm’s new name or structure are not yet confirmed, but Withy King managing partner Graham Street will retain his role.

Both firms have strong private client practices with Withy King also bringing a growing clinical negligence and personal injury group to the combination. Meanwhile Royds is particularly known for its litigation and property teams.

Street said the merger would bring “significant benefits” for both firms and their clients.

“We believe the merger will provide sustainable growth opportunities for our commercial and private client practices in current markets as well as in new and larger markets, both in the UK and internationally,” he added in a statement.

Royds managing partner Stewart Wilkinson said the merger presented the firm with opportunities to grow across its practice.

By Anthony Partridge How important is it to ask about the client/settlor’s family background? I think this is incredibly important for a number of reasons. As private client lawyers we need to start building a rapport with the client straight away, almost as soon as you meet them. When I meet a client for the […]

By James Campbell Background: It is clear that a well drafted and properly administered trust can be an effective asset protection vehicle in the context of divorce. Broadly the test now applied by the Family Division of England and Wales (the “Family Division“) in relation to trusts is to decide whether the trust should be […]

This article discusses the successful redomiciliation of Kazakhstan Energy Reinsurance Company Ltd from the Islands of Bermuda to the Astana International Financial Centre and the main procedural steps required for the redomiciliation under the Acting Law of the AIFC. Our note is intended to be a helpful guide – it is not comprehensive and does […]

By Thomas J. Timmins, Howard Xin Last month, the World Health Organization (WHO) declared the novel coronavirus (2019-nCoV) a Public Health Emergency of International Concern (PHEIC). In doing so, the WHO added the virus to the growing list of PHEICs including such diseases as Severe Acute Respiratory Syndrome (SARS), H1N1 (Swine Flu), Ebola, Zika virus, […]

By R. Nelson Godfrey The last 12 months have been an exciting time in Canadian trademark law. In June 2019, the most significant changes in decades were implemented to Canada’s Trademarks Act and Trademarks Regulations. The changes implemented in June 2019 have been well documented, and include higher class-based filing fees and shorter registration terms, […]

A complaint against Dechert’s white-collar co-head, Neil Gerrard, has been filed to the Solicitors Regulation Authority. In documents seen by The Lawyer, Jordanian lawyer Karam Al Sadeq has filed the complaint, alleging that Gerrard conducted an interrogation unlawfully, while he was detained in inhumane conditions in Ras Al Khaimah. Sadeq is currently imprisoned in the emirate […]