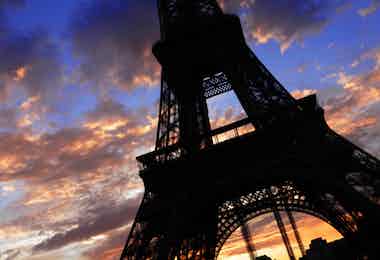 French firm Gide Loyrette Nouel has added a pair of restructuring partners from Dentons to its Paris restructuring practice, in a continuation of a several months-long hiring spree. Dentons partners Gabriel Sonier and Caroline Texier are the latest in a string of partners to join the firm. In October, Gide announced it was hiring a […]

Lawyers from across the spectrum are today recognised by The Lawyer for their innovative and inspirational work as we unveil this year’s Hot 100.

An equal number of men and women are named in this year’s list, which includes transactional and contentious lawyers, management figures, barristers and those involved in campaigning for change in their field of law.

The largest category is in-house, featuring 22 heads of legal from across the corporate spectrum who stand out for their innovation in a changing market. They include BT general counsel Dan Fitz and BT Sport head Nigel Paterson, who by creating one of the first corporate ABSs and leading BT’s groundbreaking TV rights deal with Uefa have made the telecoms company one of the most serious in-house players globally.

In-housers leading the UK’s biggest infrastructure projects are also recognised, including Transport for London’s Andrea Clarke, while a number of other heads of legal on the list have radically overhauled their panel arrangements in the past year with the aim of cutting costs and increasing value for money for their businesses – such as Eon general counsel Graham Line (3 October 2013), Network Rail’s Suzanne Wise (19 April 2013), and Lambeth County Council’s Mark Hynes (13 November 2013).

Barristers include Serjeant’s Inn’s Robert Francis QC, who chaired the inquiry into failings at the Mid Staffordshire NHS Trust (7 February 2013) and Brick Court Chambers’ new co-head Helen Davies QC (4 October 2013). Matrix Chambers has two members in the Hot 100 – Jessica Simor QC, nominated for her representation of families of soldiers injured in conflict, and Tom Linden QC, one of the country’s top employment silks. Matrix chief executive Lindsay Scott also features in the management section for her leadership of the set.

While the majority of the private practice lawyers are partners, there are a handful of star associates featured. These include RGC Jenkins & Co senior associate Joanne Ling, who acted for Nestlé in its Court of Appeal victory against Cadbury over the protection of the shade of purple associated with the latter’s products (4 October 2013). Dentons associate Roy Pinnock is also in the list, for his work on the Nine Elms development in Battersea (25 November 2013).

The final list, published every year, follows months of research by The Lawyer’s editorial team into candidates’ client work and contribution to their firms and the profession.

The full list can be found by clicking here.

Simon Bonney examines the evolution and revolution of the industry.

In this case, the Supreme Court accepted Bresco Electrical Services Limited’s appeal, and held that Insolvency Practitioners (IPs) are permitted to refer claims on behalf of insolvent companies to adjudication in circumstances where there are cross-claims between the parties.

Covid-19 restrictions on the leisure, food & drink sector were relaxed in England on the 4 July, with other nations in the UK on differing timetables, and businesses are turning to app-based solutions to aida transition back to some form of normality. This briefing covers considerations for procuring and deploying mobile apps to manage Covid-19 restrictions.

As part of its decarbonisation agenda the Government has announced that it will invest nearly £80 million towards reducing carbon emissions across homes and energy intensive businesses. The announcement forms part of wider efforts to ensure the UK meets its legally binding target to reach net zero emissions by 2050.

Susana Almeida Brandão (Managing Associate) and Vanusa Gomes (Managing Associate of ASP Advogados – VdA Legal Partners member in Angola) write a chapter for ICLG Mergers & Acquisitons 2020, an international guide that compares legislation from around the world. The lawyers write the Angola chapter where they explain and develop the country’s mergers and acquisitions […]

French firm Gide Loyrette Nouel has added a pair of restructuring partners from Dentons to its Paris restructuring practice, in a continuation of a several months-long hiring spree. Dentons partners Gabriel Sonier and Caroline Texier are the latest in a string of partners to join the firm. In October, Gide announced it was hiring a […]

The DWF news keeps on coming Plenty of news from DWF, as reverberations from the departure of long-time CEO Andrew Leaitherland continue. The most awkward bit of coverage was an attempt at PR that backfired – the firm trumpeted its scheme to help qualifying trainees, only to get backlash from sources who had rather different […]

Dentons has postponed the opening of its Dublin office due to Covid-19, having announced the launch at the start of this year. The firm’s new office, which was announced in January, was due to be fully operational in Q2. However, this has now been postponed to September 2020. For its Dublin base, Dentons recruited three […]

Fieldfisher is gradually increasing the attendance capacity of its London office as part of a new pilot, having opted to keep the office open throughout the pandemic period. The firm has started a project to bring back a larger number of lawyers and professional staff into its headquarters near Bank station. In the past few […]