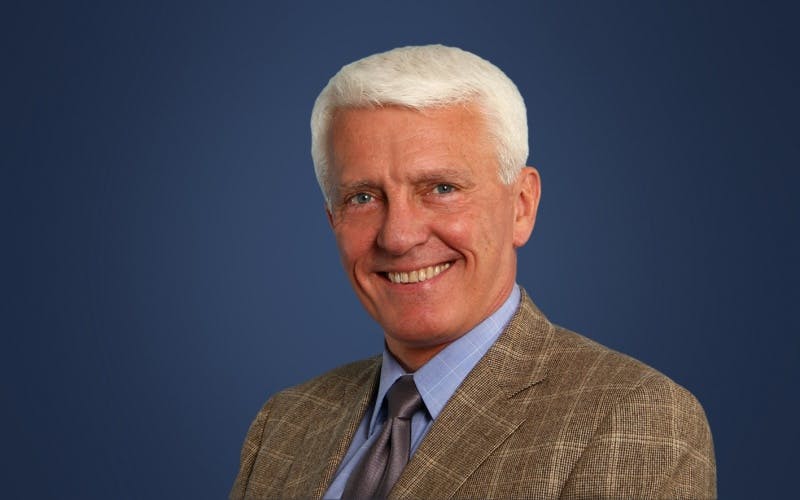 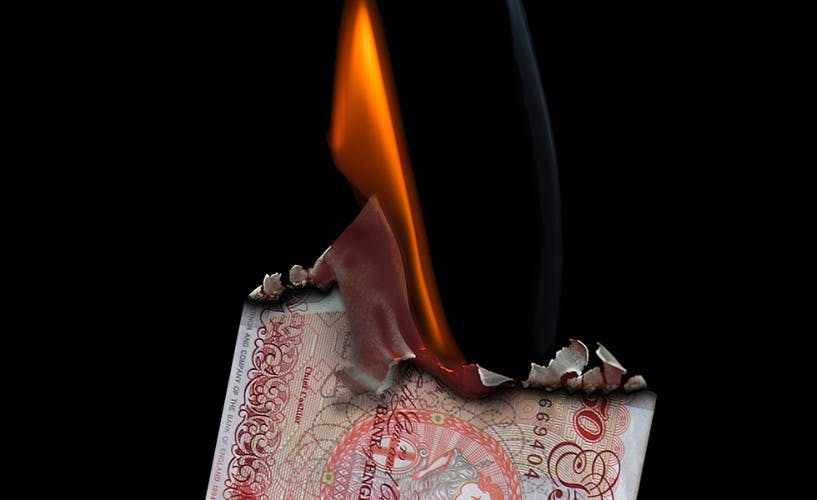 A total of 70 barristers from 32 sets of chambers, and 66 law firms around the world could lose millions of pounds due to the administration of KWM EUME LLP. 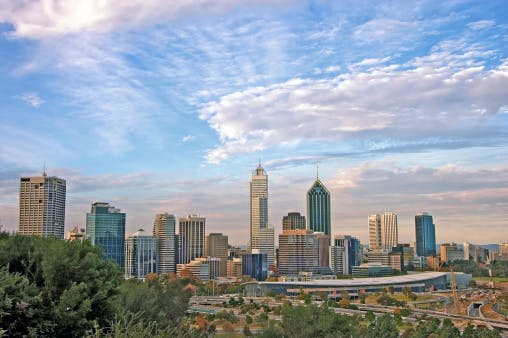 The number of partners in Clifford Chance’s Perth office will almost halve in the next month, as two of its Perth founding partners are leaving to join another firm while another is retiring. 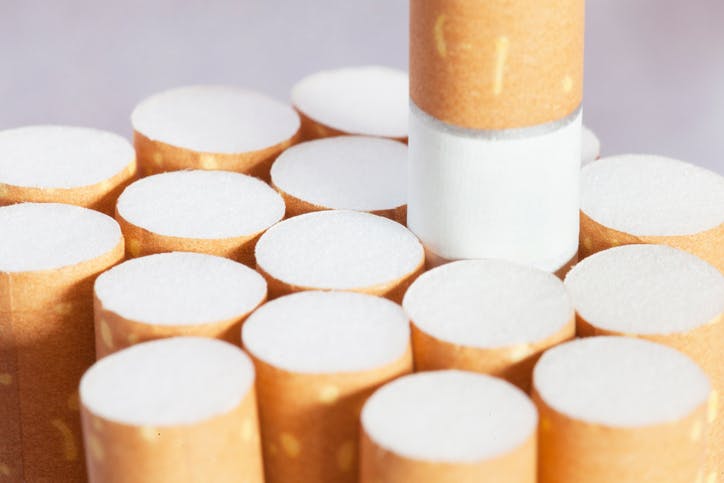 The law school is are among hundreds of unsecured trade creditors of the now defunct LLP, formerly known as SJ Berwin, which owed a total £6.9m at the time the firm entered into administration in January 2017.

The list of KWM’s creditors was disclosed by the firm’s, administrator Quantuma, as it filed its latest report and proposals on Companies House last week.

The firm paid to send its future trainees to BPP.

The law school’s dean, Peter Crisp, confirmed to Lawyer 2B in January “that all of our KWM GDL and LPC students will be able to complete their programmes with us.”

KWM also owed £4,042 to The University of Law at the time of its collapse.

Student societies are also named in the report. The University of Bristol Students Union is owed £1,700 and Oxford Law Society £1,080.

A total of 70 barristers from 32 sets of chambers, and 66 law firms around the world were named as creditors in the administration report.

According to the Quantuma report, 7 Stone Buildings’ Catherine Newman QC was owed £201,000, the largest individual creditor of the firm. However Newman told The Lawyer that she had made “no claim whatsoever” in relation to the administration of KWM and had been paid in full. Newman added that the case on which she had been working had been “smoothly handed over” to Covington & Burling.

The final loss to all of the barrister and law firm creditors is likely to be lower, according to a source close to the matter, because payments will be made from work in progress, account receivable and live matters that have transferred to other firms, such as DLA Piper, Goodwin Procter, Greenberg Traurig, KWM China, and Reed Smith that bought teams and partners from the collapsed firm.

A number of London sets, including One Essex Court Chambers and Brick Court Chambers, have confirmed that they do not anticipate any significant losses.

“Happily, the former partners in many of the cases we were running with KWM have found new berths, and they have consequently taken the cases and responsibility for fees with them,” said Ian Moyler, senior clerk of Brick Court Chambers.

“This, in effect, reduces significantly our aged debt exposure from the figures given.”

The 66 law firm creditors are from a wide range of jurisdictions, including China, Indonesia, Russia, Kenya, Nigeria, Poland, South Korea, Switzerland, Turkey, the UK, Ukraine, the US, Vienna and offshore centres.

KWM’s China, Hong Kong and Australian partnerships are also major creditors of their collapsed European counterpart, as the four businesses were financially independent under the firm’s Swiss verein structure.

The most recent Companies House filings also shed some light on the financial results of KWM EUME in its final months.

Earlier this year, The Lawyer reported that the joint administrators of King & Wood Mallesons (KWM) are mooting the launch of an investigation into the conduct of the firm’s management teams and accounting practices during 2015 and 2016. 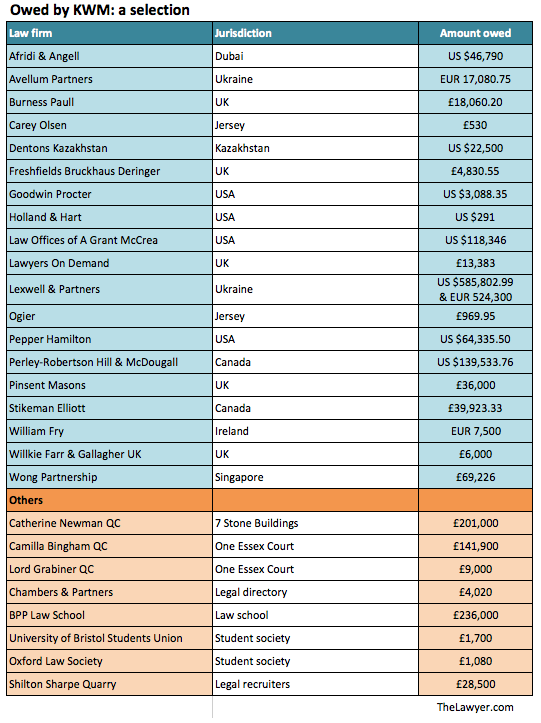 A total of 70 barristers from 32 sets of chambers, and 66 law firms around the world could lose millions of pounds due to the administration of KWM EUME LLP.

The number of partners in Clifford Chance’s Perth office will almost halve in the next month, as two of its Perth founding partners are leaving to join another firm while another is retiring.