Salaries paid to company lawyers in the US are on the decline, according to US legal consultants Altman Weil Pensa. Its latest survey of in-house legal departments, which is published jointly with the American Corporate Counsel Association, showed a 5 per cent drop in compensation paid to legal department heads. It also found there had […]

THE SOLICITORS Indemnity fund (SIF) has finally paid a £1,000 claim against a criminally-convicted solicitor last week, two years after it was originally filed – and will face costs likely to be six times the original claim. The settlement follows a story in The Lawyer two weeks ago in which the solicitor acting for the […]

A story in our 14 October issue on proposed Law Society moves to relax practice names referred to council member Angus Andrew as a partner at Osborne Clarke. Andrew is in fact senior partner at Camden firm Osbornes.

The BVI has always taken its role as a financial services centre seriously. Over the past few years, it has taken steps to ensure that proper legislation is in place to manage and regulate its financial services industry and to allow the jurisdiction to develop its products and services to keep pace with the global financial marketplace.

The Proceeds of Criminal Conduct Act 1997, which was passed on 30 September this year by the BVI legislature, is testament to the BVI's zero tolerance of illegal or nefarious use of the BVI financial system. Previously, the focus globally was on the laundering of the proceeds of drug trafficking. The current trend, however, is to widen the web to include the laundering of the proceeds of all serious crimes. The Proceeds of Criminal Conduct Act 1997 is the BVI's attempt to achieve these ends. The Act generally creates mechanisms for the recovery of the proceeds of criminal conduct in all indictable offences, other than drug trafficking offences. The new Act is modelled closely on the Criminal Justice Acts of 1988 and 1993 and the Proceeds of Crime Act 1995 of the UK.

Four types of offences are created:

assisting another to retain the benefit of the proceeds of criminal conduct;

acquisition, possession or use of the proceeds of criminal conduct;

concealing or transferring the proceeds of criminal conduct; and

tipping off so as to prejudice investigations into the proceeds of criminal conduct.

The Act also makes it an offence for a person to acquire, use or possess property which he knows is, or which directly or indirectly represents, another person's proceeds of criminal conduct. Further, it is an offence for any person to conceal or disguise property which is, or which directly or indirectly represents, his proceeds of criminal conduct. It is also an offence to convert, transfer or remove such property from the BVI for the purpose of avoiding prosecution for an offence or the making or enforcement of a confiscation order. Any person assisting in such conduct is also criminally liable under the Act.

However, a significant feature of the Act is that it includes a disclosure defence which means that disclosure of a suspicion to the relevant authorities protects those who handle or have responsibility for the funds of others from being prosecuting for a money-laundering offence.

Duties have been imposed on financial service providers to take responsibility and report suspicions of money-laundering and criminal activities. These include the Association of Registered Agents (ARA) Code of Conduct and the introduction of Due Diligence Audits. This strict code of professional ethics was ratified by the BVI financial community. Under the code, all BVI licence service providers are required to ensure that all business referred to them by overseas professionals has been subject to due diligence.

The Mutual Funds Amendment Act will create a new category of “professional fund”, a fund which is available to two types of investor; individuals with a net worth of at least $1m or an industry practitioner such as a stockbroker or investment bank, and would benefit from a fast-track launch procedure; a “private fund” which would be a fund with less than 50 investors and whose constitutional documents prohibit it being offered to the general public and would simply be required to be recognised; and a “selective public fund”, a fund which is sold through intermediaries who have an investment agreement with their clients.

The Mutual Funds Act 1996 requires managers and administrators of mutual funds in the BVI to be licensed as “fit and proper” persons. Included in the revised version is a proposal to introduce a code of practice which licence-holders under the Act must comply with. The code would cover requirements for conduct of business; financial resources; notification of events; advertising and clients' money and clients' investments and accounting records and auditing requirements.

Additionally, it is proposed to create the concept of a “recognised manager”, a BVI fund management company which has delegated operations to a local licensed administrator. Provided the recognised manager is a subsidiary of a regulated parent who is in good standing with its home country authority, it would be exempt from the requirement to be licensed in the BVI.

The BVI is a vibrant and prosperous jurisdiction and its expectations for the coming millennium are equally optimistic. Growth is evident throughout its range of products and services including IBCs, trusts, mutual funds, banking and insurance. Its products, services and legislation, including the Proceeds of Criminal Conduct Act 1997, and the Mutual Funds Amendment Act 1997, are constantly developing in order to ensure that the jurisdiction offers financial players the right place, for the right business, at the right time, for the right reasons.

Salaries paid to company lawyers in the US are on the decline, according to US legal consultants Altman Weil Pensa. Its latest survey of in-house legal departments, which is published jointly with the American Corporate Counsel Association, showed a 5 per cent drop in compensation paid to legal department heads. It also found there had […]

THE SOLICITORS Indemnity fund (SIF) has finally paid a £1,000 claim against a criminally-convicted solicitor last week, two years after it was originally filed – and will face costs likely to be six times the original claim. The settlement follows a story in The Lawyer two weeks ago in which the solicitor acting for the […]

A story in our 14 October issue on proposed Law Society moves to relax practice names referred to council member Angus Andrew as a partner at Osborne Clarke. Andrew is in fact senior partner at Camden firm Osbornes.

One of Spain’s largest law firms, Barcelona-based Bufete Cuatrecasas, has signed a co-operation agreement with a Seville firm, Montero-Aramburu, which could pave the way for a merger between the two firms in the next few years. Bufete Cuatrecasas has been expanding in Spain over the last few years. The firm is believed to be considering […] 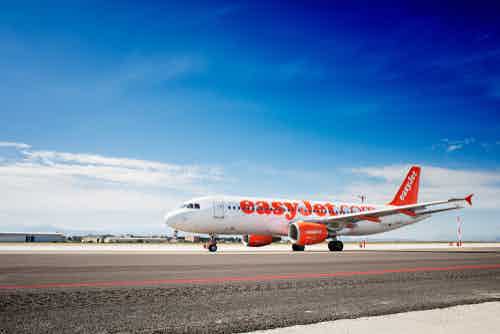