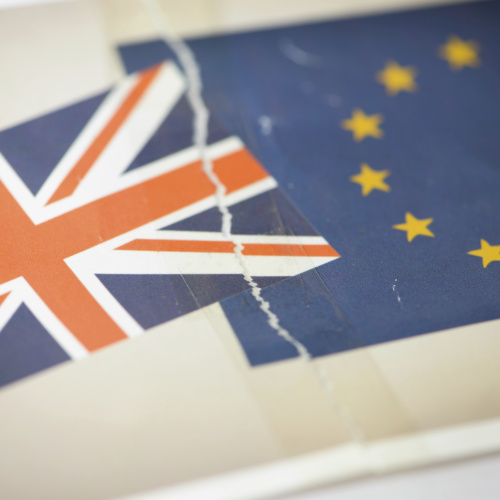 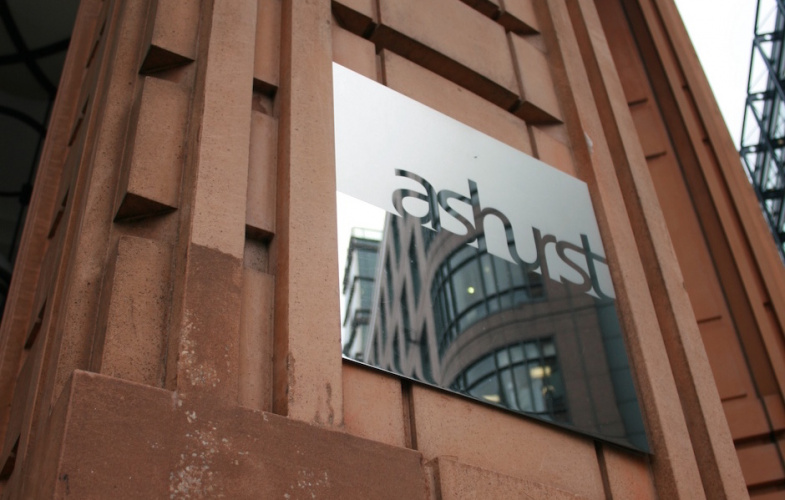 Ashurst is preparing to sub-let between 60,000 and 110,000sq ft of its new London headquarters at the Fruit & Wool Exchange in Spitalfields. 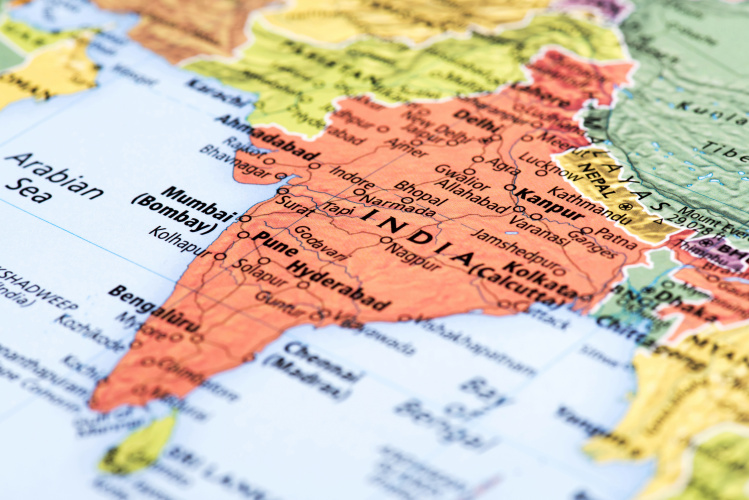 India is on the brink of opening its legal market to foreign law firms as ministers have revealed they will meet to discuss fresh proposals on Tuesday (5 July). 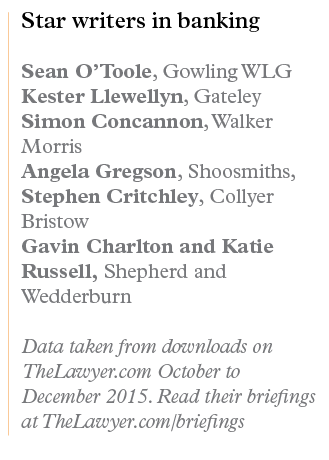 According to the justice minister, the Ministry of Justice has decided against introducing a new criminal offence of failing to prevent an economic crime.

He stressed that the principle of corporate criminal liability already exists in the UK and that it is unnecessary to introduce this new offence. He highlighted that there had been no prosecutions made under the failure to prevent a bribery offence and so could see such a proposed offence having a similar impact.

Telecommunications company TalkTalk has become the latest company to fall victim to cyber-crime. It was feared that the attack involved the personal details of up to 4 million customers being seized, although the figure is now understood to be significantly lower.

The collated personal data was used to contact TalkTalk customers, impersonating employees of the company, in a scheme to encourage customers to give out further information that would allow access bank accounts. A number of customers have complained that their credit cards and bank accounts have been targeted.

This is the third time that TalkTalk has been targeted this year. In February, its customers were warned about hackers who had stolen thousands of account numbers and names. In August, the company revealed that its mobile sales site had been targeted and that personal data had been accessed by cyber criminals.

The police have arrested four people in connection with the latest attack.

The full effect of this latest attack is still to be realized; the company’s share price dropped by 10 per cent in the first few hours and the media coverage will affect its reputation.

Cyber-crime is being called one of the biggest threats facing companies in the technology age. It is important for businesses to understand their vulnerability to this type of attack. In particular it is crucial that each business has processes in place both to protect itself from this type of attack and to minimise the damage if it were to take place.

It is estimated by Google and McAfee that there are 2,000 cyber-attacks every day around the world; costing the global economy approximately £300bn per year.

The UK Serious Fraud Office (SFO) has recently announced that it is dropping charges against Japanese camera maker Olympus Corporation after charging the Japanese company and its British subsidiary, Gyrus Group, with making false and misleading financial statements four years ago.

This scandal emerged in 2011 when its former CEO whistleblew over an alleged $1.7bn accounting fraud, whereby Olympus had used acquisitions to mask losses. Olympus was ordered to pay £4.4m in fines by a Japanese court at the start of 2013; following which Olympus’ board resigned and Olympus along with three former executives were sentenced…

Financial technology or ‘FinTech’ to use the popular buzzword, is a term used to describe a certain class of technology start-up businesses whose aim is to shake up the financial services industry by providing services quicker, cheaper and more efficiently.

According to a recent report by Accenture, global investment in FinTech was US$4.05billion worldwide in 2013 and US$12.21billion in 2014. The Government estimates that in 2014 the total revenue created by FinTech in the UK alone was £20billion. These figures are a clear indication that the sector is healthy and growing and raises the question – could this be a real threat to the banking and finance institutions that have traditionally provided these services?

The mainstream banks are taking FinTech seriously and looking at how they can use it to benefit their customers. Many banks are themselves investing in FinTech. In 2012 Barclays launched Pingit, an app made available to their customers to make online payments and transfers simpler and quicker and in 2014, HSBC created a US$200million investment fund aimed specifically at the FinTech sector and, through Santander Innoventures, Santander launched a $100 million fund in July 2014 to invest in small and start-up FinTech businesses.

FinTech has even caught the eye of those in power, with the UK Government recently appointing a ‘Special Envoy‘ for FinTech (whose role is to promote British FinTech both nationally and internationally) and commissioning a report addressing the current state of the industry, the impact it is having and will have on the UK economy and (inevitably) how it should be regulated. The view seems to be that FinTech is here to stay so let’s make sure it stays in London.

Yet despite all this, the sector has a number of challenges to face.

Firstly, FinTech businesses are yet to be considered truly mainstream and are the preserve of tech-savvy clued up individuals with the knowledge and wherewithal to use the services on offer. This is a hurdle that will need to be jumped if FinTech is to mount a serious challenge to the dominance of the existing big players in the sector.

Secondly, the industry has not been tested in a recession – it would be interesting to see how the market would react to a tightening of consumer belts and whether a downturn in the economy would affect the behaviour of FinTech’s users (would they seek the comfort of dealing with the more traditional and familiar institutions?).

Thirdly, FinTech is largely unregulated and therefore vulnerable to fraud and exploitation. A higher degree of regulation and compliance is to some extent inevitable and this could constrain FinTech businesses to the extent that one of their key attractions to consumers would be badly affected, namely the pace of the services they provide.

The internet has radically changed our lives from the way we socialise to how we shop and watch TV. Could FinTech have a similar impact on how we use and receive financial services and spell an end to the traditional banking as we know it? Possibly – but our advice would be to watch this space.

‘Brexit: The implications of the vote to leave on the UK’s financial services industry’

Financial services is a sector that is highly regulated the world over – not just in the EU and UK. While some regulations may fall away or change, we can be pretty confident that, post Brexit, there will still be a good deal of regulation to contend with.

The Financial Conduct Authority has issued a final notice which shows the dangers of engaging in one form of market abuse, namely insider dealing. This briefing discusses a recent case that concerned a financial adviser.

For users of offshore companies for many years the smartest thing to do was to follow the herd. Jurisdictions for special purpose vehicle and holding company incorporations were often chosen on the basis simply of cost and ease. The end result was that when an offshore vehicle was needed, many followed a well-trodden path to the cheapest jurisdictions with the easiest (i.e. most minimal) compliance regimes.

Direct lending is not a new business. What is new is the increase of non-traditional lenders stepping into the banks’ role as a response inter alia to the ongoing banking deleveraging due
to the combined effect of credit deterioration, stricter regulatory requirements and increased capital constraint.

Interested in using The Lawyer to promote your legal briefings?

The Lawyer is used by 63 national and international law firms and chambers to circulate their legal briefings to The Lawyer’s fast-growing community of in-house lawyers. Since November 2014, The Lawyer has registered over 13,000 client-side users including over 6,000 in-house lawyers and over 7,000 business professionals.

In the past year, there were just under 38,000 downloads from client-side lawyers and business professionals looking for law firm content to help them navigate the legal landscape better.

To find out how your firm can provide useful insight to the in-house community, please contact Mark Philbrick on 0207 970 4647 or email mark.philbrick@thelawyer.com.

Ashurst is preparing to sub-let between 60,000 and 110,000sq ft of its new London headquarters at the Fruit & Wool Exchange in Spitalfields.

India is on the brink of opening its legal market to foreign law firms as ministers have revealed they will meet to discuss fresh proposals on Tuesday (5 July).