One company reaping the benefits of consumers shifting their spending from cash and cheques to electronic payment is Visa. In addition to generating operating revenue of $13.8bn (£9.4bn) in 2015 – 9 per cent up on the previous year – the financial services company saw a total payment volume of $7.4trn. There were 71 billion transactions processed using Visa in 2015 and, after its acquisition of Visa Europe, the payments network operator is looking to become an integrated, global leader. 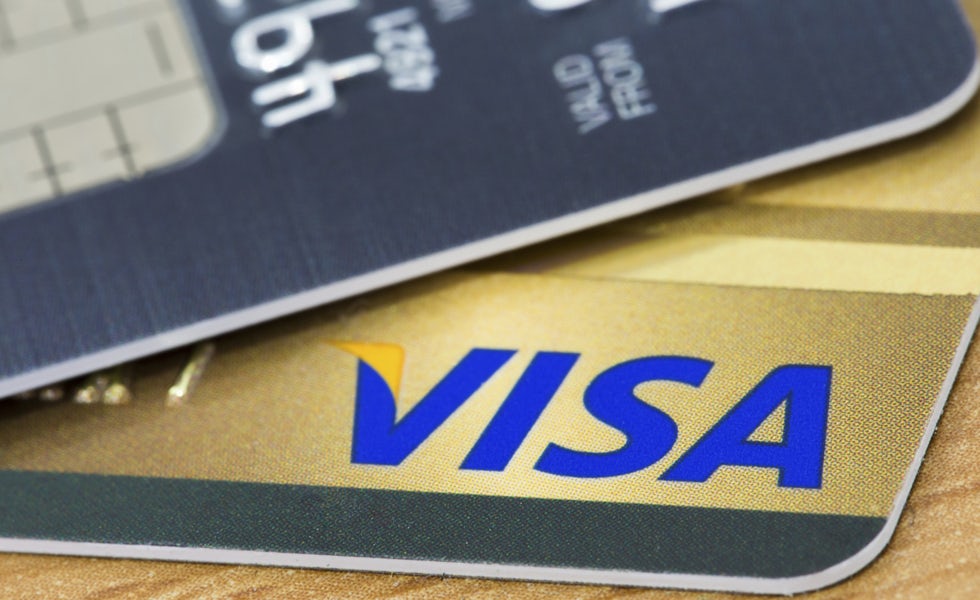 Charles Scharf has been CEO since 2012 after an extensive career in the financial services sector that included leadership roles at JPMorgan, Bank One and Citigroup. The executive team comprises 10 independent directors including chair Robert Matschullat and former Pillsbury Winthrop Shaw Pittman senior partner Mary Cranston.

Kelly Mahon Tullier has been general counsel since 2014, replacing chief legal officer Ellen Richey, who was promoted to the role of vice-chairman of risk and public policy. Former Baker Botts associate Tullier also serves as executive vice-president and has oversight of the legal and compliance functions. Prior to joining Visa Tullier spent most of her in-house career at food, snack and beverage corporation PepsiCo, where her last role was as senior vice-president and deputy general counsel. 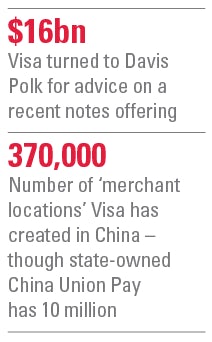 After her time as assistant general counsel at US conglomerate United Technologies Tracey Heaton moved to Visa in 2015 as chief corporate counsel. She is joined in the senior legal team by Meg Fitzpatrick, a Sidley Austin and Gibson Dunn & Crutcher alumna who has been associate general counsel for products and operations since 2010. Mike Panepucci, formerly senior counsel at Hewlett-Packard, has been chief counsel for technology, IP, innovation and strategic partnerships since 2015.

The legal team at Visa Europe, acquired by Visa in November 2015, has been headed by chief legal and regulatory officer Niamh Grogan since 2014. Grogan was previously a partner in EU and competition law at legacy SJ Berwin (now King & Wood Mallesons) prior to becoming group director of competition and consumer policy at Lloyds Bank. Stephen McCue leads the commercial team while Eversheds alumnus Hugh Stokes is head of competition. Former Fladgate solicitor Claire Booth is head of employment.

According to LMI data Visa is relatively active when it comes to deal activity, with a total of eight transactions in 2015. By far its biggest deal of the year, and one of the biggest in its history, was its £15bn acquisition of Visa Europe.

As part of the deal Visa instructed Macfarlanes for the first time, with the firm’s team led by M&A partners Graham Gibb and Nicholas Barclay advising on UK aspects of the deal. For US matters Visa sought advice from Wachtell Lipton Rosen & Katz partners Steven Rosenblum, Karessa Cain and Edward Herlihy, while it also instructed Milbank Tweed Hadley & McCloy for litigation matters. Also acting for Visa was Skadden Arps Slate Meagher & Flom, which advised the company on tax-related aspects of the deal. Visa Europe instructed Linklaters as sole counsel, led by US corporate partner Scott Sonnenblick.

The deal reunites Visa and Visa Europe after the separation of the companies in 2007 after the former’s IPO which saw Visa Europe remain a separate entity. Visa has pinpointed Europe as an area of opportunity, identifying a $3.3trn growth opportunity in the region. Europe, through the combined entity of Visa and Visa Europe, now represents 28 per cent of Visa’s payment volume and 17 per cent of all Visa cards in operation.

Although it has a primary focus on European expansion Visa also has one eye on China. After the decision of the Chinese government to open up the nation’s payment card market to foreign payment providers Visa has been busy developing and expanding its presence in the region, including creating more than 370,000 ‘merchant locations’. However, with China Union Pay servicing 10 million merchant locations and despite a collaboration agreement with the state-owned entity, Visa’s ambition to crack the Chinese market is still very much part of a longer term strategy.

In addition to instructing Macfarlanes, Milbank, Skadden and Wachtell, LMI data shows that Visa has also turned to Davis Polk & Wardwell for banking and finance advice, with the firm having advised the company on its recent $16bn notes offering. Prior to this, in 2007, Visa instructed Linklaters on its IPO – at the time the largest in US history. More recently Linklaters, together with Milbank, has been advising Visa in a number of litigation proceedings brought by US and UK retailers concerning the fees charged by the company for using Visa credit cards.

Instant access to data-driven insight is incredibly valuable in corporate law. LMI, the new relationship capital management tool from The Lawyer, enables you to maximise the value from the time invested in tracking existing and potential clients – giving you more time to build stronger relationships.

LMI details the 20,000 business relationships between around 1,000 law firms and some 5,000 of their most important clients.

Find out more and register your interest: TheLawyer.com/lmi or email richard.edwards@thelawyer.com