Clifford Chance and Linklaters have scooped lead roles on Dubai Ports World’s (DP World) landmark listing on the Dubai Stock Exchange (DIFX). After advising on the company’s $6.8bn (£3.32bn) acquisition of UK ferry operator P&O last year, both firms have scored roles on the IPO, which takes place two years after the exchange launched in […]

Herbert Smith is set to open an Abu Dhabi office in January with the intention of having a Saudi Arabian presence in due course. Senior partner David Gold said the firm has already signed a lease for premises in Abu Dhabi and expects to have received its licence by the end of the year. He […]

Belgian independent firm Lawfort has disbanded its partnership after suffering years of lawyer defections and diminishing instructions following its split from PricewaterhouseCoopers (PwC). Lawfort was founded in Brussels in 1997 and once boasted 125 lawyers across offices in Brussels, Antwerp, Ghent, Liège and Prague, as well as exclusive relationships with Turkish firm Pekin & Bayar […]

Solicitors’ professional indemnity (PI) insurance rates have dropped to their lowest point ever.

And while lawyers may be cashing in on the downturn, leading PI insurers are warning of a looming correction, and that could mean a rate hike of 25 per cent within two years.

For insurers and insurance brokers alike the solicitors’ PI market has boomed in the past four years. With infrequent low-value claims the market is considered to be among the most profitable for the insurance world. Marsh, the world’s largest insurance broker, revealed on 1 October renewal deadline that rates are down by up to 15 per cent across the board.

“This is a competitive environment,” says Sandra Neilson-Moore, Marsh’s European practice leader for law firms’ PI. “Brokers daren’t ask for a rate increase because lawyers will move on.” Next week the Law Society is expected to announce which insurer has what proportion of the solicitors’ PI market.

The publicly available Assigned Risk Pool (ARP) was established to ensure that all UK firms had adequate cover in place. The Law Society sets mandatory cover limits for all firms. In return insurers guarantee minimum terms and conditions on all PI policies, meaning the scope of the contract is much wider than in other professions, such as accountancy.

“It’s a disaster for everyone,” said Mark Cassidy, professions leader for solicitors’ PI at insurer QBE.

QBE is one of three international insurers to have the largest shares of the market, along with St Paul Travelers and Zurich. Cassidy explained: “Since 2003, premiums’ rates have fallen, while solicitors’ fees have continued to increase. Fees may be twice or even 70 per cent more than what they were in 2000.”

“Premium levels have simply not kept up,” said Cassidy. “£200m in the ARP is not enough to pay a big influx of claims by virtue of the fact that the minimum terms and conditions covers the solicitor for absolutely everything – it’s gold-plated cover. You have to cover areas which may not be valid in other professions.”

A spokesman for St Paul added: “The generally held view is that the market is underpriced, while law firm billings have gone up significantly.”

When the insurance cycle turns soft and low premiums become prevalent, insurers begin to hint of a looming rating correction – ie rates will be aligned with fees.

“Nobody’s a winner in this soft market and lawyers could end up facing some pretty big rate jumps in the next few years,” Cassidy warned.

That rate hike is dependent on the level and value of claims in 2008 and 2009. With many predicting an influx of claims in 2008, most insurers believe rates will remain flat for another year, but a 25 per cent correction could bite in 2009. Adding 25 per cent onto the third-largest overhead faced by firms could have some stark consequences.

“The real problem is that many law firms have gone to sleep in terms of risk exposure and the dangers involved,” John Verry, director of risk for TLT Solicitors, cautioned. “Mortgage fraud is beginning to make a comeback and the size of some of the claims make my eyes water. There are much larger sums involved at the moment, and if those claims amount to half the premium paid there could potentially be some big problems. Year-on-year rate reductions simply is not sustainable.”

“My real fear going forward is that there’ll be a repeat of the problems of the ’80s and ’90s,” he said. “The collapse of the property market could mean we end up with some serious litigation and more claims against solicitors.”

The ongoing saga caused by the disintegration of The Accident Group (TAG) is also causing some concern. Some 600 solicitors are currently in negotiations with international reinsurer Winterthur over claims that solicitors deliberately passed on dubious personal injury cases to TAG.

This practice, which led to the company’s collapse, is still having far-reaching consequences for the legal sector. Insurers are assessing carefully what the final costs could be and are preparing for a major loss. Increasing premiums in the next two years would mitigate any impact in the long term.

The spectacular failure of Independent Insurance and the jailing of its former chief executive Michael Bright last week (24 October) for his part in defrauding company investors is also expected to trigger major claims.

“As those claims start flooding in, insurers will look to solicitors to replenish their premium stocks,” said Verry. “The market can change instantly, it only takes a few claims. Either rates will go up or there will be a withdrawal from the market, and that could mean it will be much tougher to get cover.”

In the past five years solicitors have successfully fought off a succession of multimillion-pound claims. Hammonds won the notorious legal battle between the law firm and the Football League over the advice it gave on contracts with ONDigital, otherwise known as ITV Digital. Had the verdict gone the other way, PI rates could have rocketed and spelt disaster for firms and insurers alike. Solicitors also came under threat from the BCCI and Equitable Life cases, which came in quick succession, both of which were won by the legal sector. A similar trial could emerge in 2008, forcing a swift U-turn on PI rates.

Marsh believes an increase in claims levels will affect the level of capacity in the insurance market and rates will remain flat. Despite this, Neilson-Moore is urging firms to check the credit ratings of their insurers to ensure financial stability. Verry said in the worst case scenario PI could become firms’ second-costliest overhead, ahead of property costs, or that if an insurer pulls out of the market there could be difficulties in getting cover.

“Things have been fine for a while and lawyers have enjoyed the good times, but it will not last,” warned Cassidy.

High-value claims that come more frequently will be enough to push rates upwards, and when the market hardens lawyers who have strong relationships with their insurers will benefit most.

Starting an entirely new job usually requires you to learn from more experienced co-workers. Even if you’ve had training beforehand, there’s often a world of difference between preparing to do a job in theory, and actually carrying it out in practice.

The approved protocol reinforces its commitment to cooperate and assist in cross-border insolvency and restructuring matters.

Last October our in-house lawyer training day sought to address the question of how can we keep trade moving? We looked at issues such as: the speed of change, Brexit, collaboration and the changing customer.

Recent reforms to the Employment Tribunal system and a move towards virtual hearings are intended to boost hearing capacity and access to justice. We consider the developments to the pre-existing approach and what this means for employers. Justice in slow motion?

Clifford Chance and Linklaters have scooped lead roles on Dubai Ports World’s (DP World) landmark listing on the Dubai Stock Exchange (DIFX). After advising on the company’s $6.8bn (£3.32bn) acquisition of UK ferry operator P&O last year, both firms have scored roles on the IPO, which takes place two years after the exchange launched in […]

Herbert Smith is set to open an Abu Dhabi office in January with the intention of having a Saudi Arabian presence in due course. Senior partner David Gold said the firm has already signed a lease for premises in Abu Dhabi and expects to have received its licence by the end of the year. He […]

Belgian independent firm Lawfort has disbanded its partnership after suffering years of lawyer defections and diminishing instructions following its split from PricewaterhouseCoopers (PwC). Lawfort was founded in Brussels in 1997 and once boasted 125 lawyers across offices in Brussels, Antwerp, Ghent, Liège and Prague, as well as exclusive relationships with Turkish firm Pekin & Bayar […] 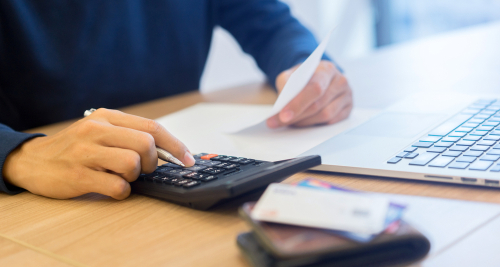 Gateley is the latest firm to confirm its use of the UK Government’s tax deferral scheme, preserving millions by pushing back both VAT and employment payments due to Covid-19. As just one of a raft of measures put in place by the listed outfit, Gateley’s deferral of employment taxes and VAT amounted to £4.8m prior […] 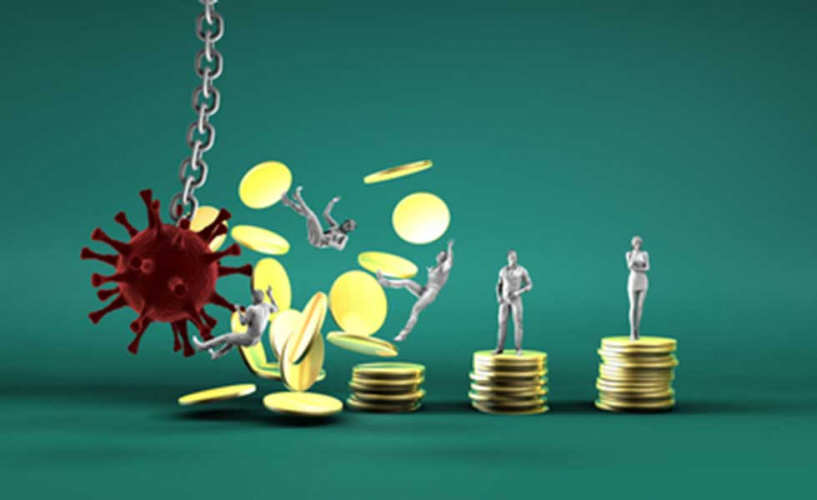 The UK’s landmark business interruption test case triggered by Covid-19 is potentially heading to the Supreme Court after parties from both sides submitted challenges before Monday’s deadline. Represented by Herbert Smith Freehills, the Financial Conduct Authority (FCA) confirmed that it has filed a ‘leapfrog’ application to the UK’s most senior court in relation to a […] 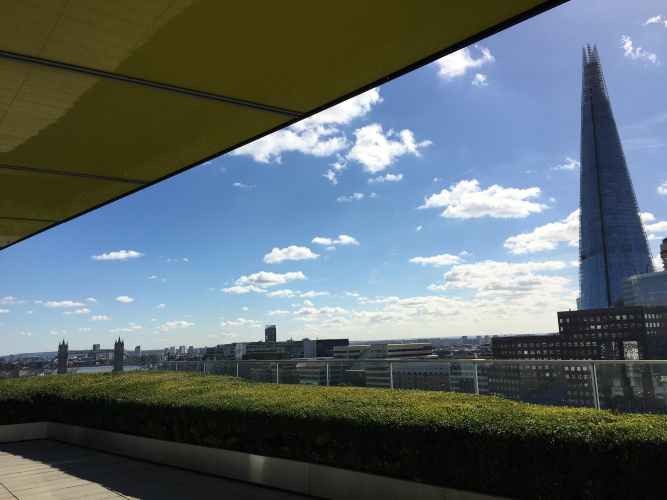 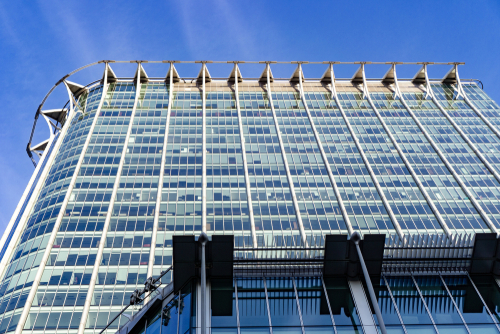 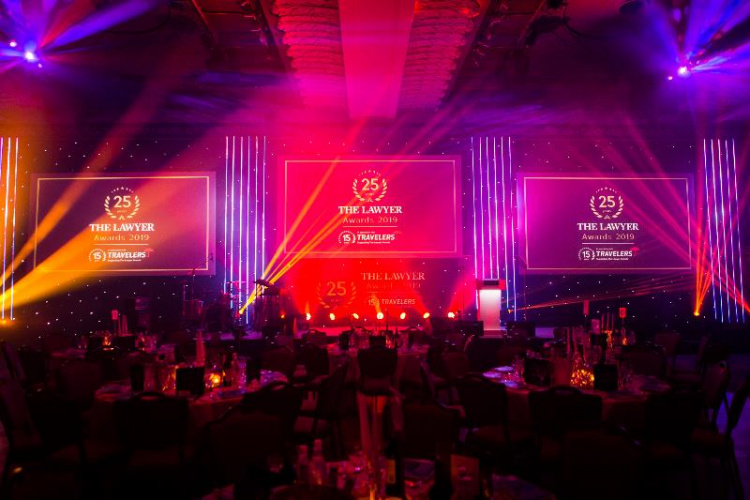