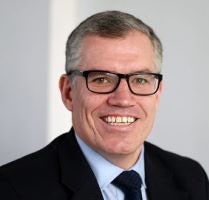 I started my career in Perth, WA. As an articled clerk (as trainee solicitors used to be called), and shortly after my admission as a solicitor, I worked on the preparation of tender documents to select an auditor for the Mindibungu Aboriginal Corporation.

I took a commercial flight to Broome, a coastal town 1,000 miles to the north of Perth, and from there a single prop plane to the far north of Western Australia to meet the leaders of the indigenous communities to take instructions to put together a package of documents. It was an unforgettable experience as a young lawyer travelling across the top of Australia to meet with the clients.

A QC, who is now a judge, said to me after a tough loss: “Just remember, we lose bigger cases than this all the time”. I understood him to be saying: “learn from this set-back, but don’t allow it to assume a disproportionate scale. Take time to improve and don’t compound matters by making imprudent decisions while you are still upset”. I admire and am inspired by people who refuse to be diminished by failure and instead use the experience to improve.

There are a bunch of people at Taylor Wessing. I mention two who are both retiring this year. Richard Marsh (who occupied a number of senior management roles at the firm and was my boss as head of disputes) was influential in assisting me to have the confidence to take on management roles. He is very resilient and positive – always encouraging our people to find a way to get the desired outcome for the client.

James Robertson (formerly our head of corporate) always found a way for me to get involved in fascinating disputes and encouraged me to consider a role on our board. Like Richard he is a very positive thinker who is known for finding innovative solutions for his clients.

I’m a great believer in teamwork and collaboration. It’s one of our core values and to my mind probably the most important. It is the rare person who succeeds without the support and inspiration of others. Whatever you aspire to achieve, it is a great start to be a part of a team that works closely together, trusts each other and shares the problems and successes.  It also makes for a more enjoyable existence!

I was at secondary school and then law school (at the University of Western Australia) with Damien Rinaldi – who started out at Phillips Fox (now DLA Piper & Lavan) then went in house with Sony Music and Albert Records before eventually setting up his own law firm in Sydney, Sonic Lawyers, which specialises in the music sector. A great lawyer (and musician) who works tirelessly for his clients in the industry. He’s the manager of the estate of the late AC/DC frontman Bon Scott, who grew up in Fremantle (a port city south of Perth which has a statue of the deceased rocker).