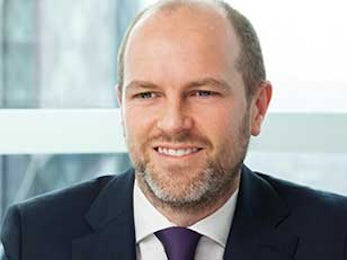 Among the camaraderie, drinks and fun times, one particular memory stands out. My supervisor at the time (who I shared an office with) was a corporate associate who was known as being quite tough and very “corporate” in his attitudes and outlook. He used to answer all his calls on speaker phone, in part so that I could listen in and learn from what was going on.

On one such call (as it turned out he was actually speaking to a colleague literally down the hall from us), he would occasionally mute his line and shout expletives expressing his utter rage at what she was saying, but then un-mute again and continue what would have appeared to the colleague to be a completely normal and reasonable conversation.

Then, when the call ended, he hung up the phone, picked up his computer keyboard and smashed it onto his desk in anger. It broke into hundreds of different pieces. He picked back up his phone to call his secretary and, as calmly as anything, said “Hi, my keyboard has broken. Can you please get IT to send up a new one?” He was (well, is) actually a really nice guy and I genuinely learnt a lot from him, but he also definitely had a certain way about him!

It’s actually a quote which is attributed to Albert Einstein (albeit I don’t think it is actually a direct quote), which is particularly apt for lawyers. “If you can’t explain it to a six year old, you probably don’t understand it yourself.”

I hate to big him up as he already has a big enough head as it is, but it really does have to be Martin Davies (one of the global vice chairs of litigation at Latham). I have worked with Martin since I was a first seat trainee and he was head of the commercial litigation group at Olswang. I then followed him to Quinn Emanuel and then again to Latham & Watkins.

I have learnt a huge amount from him – both from a purely work perspective (e.g. tactics, strategy, handling clients) but also from how to find a balance between being in an incredibly demanding and stressful job and managing to maintain a happy life outside of work. In truth, I owe an enormous part of my achievements to him and his success – I have very much hung onto his coat-tails as he has gone from strength to strength in his own practice. More importantly though; he has taught me a love of whisky (which is his main passion, possibly even before his family, Spurs and his allotment).

You can be ambitious, driven and talented while also being nice (even in the litigation world which is seen as being so aggressive).

I was once pilloried by a senior partner at a law firm in an interview for a vacation scheme for answering the question – “what is your best quality?” with: “I think I am good at getting on with everyone”. Yes it wasn’t the most astute or well-thought through answer (and possibly even was arrogant of me), but he dismissed it as being totally unimportant. I completely disagree. It’s actually an important skill and I think some people are too afraid to hide their real personalities at work to appear more professional or focused. You can be highly respected and well thought of while also being personable and considerate to others. In some instances, that even means those on the other side of a dispute. You don’t always have to be at each other’s throats – it can be beneficial to your clients sometimes to develop a friendly relationship with the other side, even in very combative pieces of litigation.

There was a close group of us at law school and we’re all still very close and very much stay in touch. One is a senior regulatory / litigation lawyer in-house at Facebook, one is a highly successful barrister at a top London chambers and one was, until very recently, a partner in the tax team at a top City firm only to have decided recently to pack it all in and move to Cornwall and surf.

The most interesting of the lot though never went into law in the end and has followed his true passion by pursuing a career in the arts (he currently produces live broadcasts from the Royal Opera House).