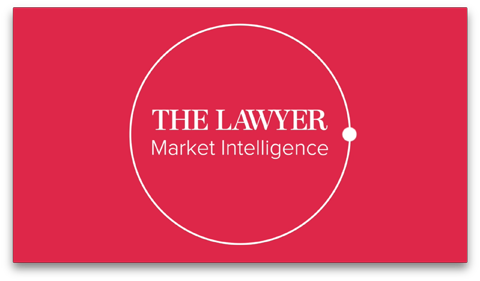 Welcome to the Lawyer Market Intelligence.  In corporate law, relationships are your most important asset. Now, for the first time, you can start to monitor, measure and then maximise them. Building on the unrivalled news and information gathering of The Lawyer, brand new relationship capital management tool LMI identifies the commercial relationships linking private practice […] 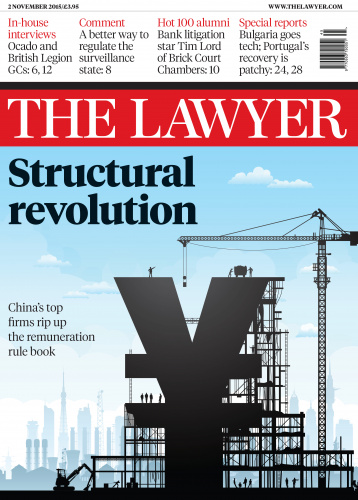 In a week featuring Dentons’ latest merger, big litigation and a panel review in China, it was the election of Gideon Moore as Linklaters’ new managing partner which took top spot on TheLawyer.com. News of Moore’s election was the most-read story of the week, just edging out the revelation that Dentons is planning its third […]

In a judgment handed down late last month Coulson J said the disclosure exercise had been “cumbersome, and inadequate”.

Kier Construction is the defendant in a claim brought by the Dorchester Group. The hotel chain is seeking “various declarations, accounts and determinations” on undeclared discounts which it says Kier obtained from sub-contractors Mitie but which it did not disclose or pass on to Dorchester.

The construction company instructed Pinsent Masons partner Michael Hopkins to defend the claim on its behalf.

The case has already been before an adjudicator, which determined that the outstanding amount due to Dorchester was £686,000. However Charles Russell Speechlys client Dorchester is seeking £766,000 plus additional payments.

The claim has been before the courts on several occasions with Dorchester raising concerns about Kier’s disclosure exercise.

“Kier’s disclosure is obviously an important element of the preparation for trial, since this is one of those rare cases where one party (Kier) will have almost all the relevant documentation, whilst the other (Dorchester) will have very little, if any at all,” Coulson J noted.

The judgment revealed that Kier had originally asked for the disclosure budget to be set at £146,000, but the judge set it at £120,000. “In my view, disclosure should not be difficult or time-consuming in a case like this,” he said.

However the process ended up being much longer. A team of 17 paralegals and three project managers at legal process outsourcing company Exigent in South Africa were contracted to review 313,000 documents. The Exigent team coded 303,000 as irrelevant and 9,000 as relevant.

The judgment reveals that Kier’s solicitors reviewed all 9,000 ‘relevant’ documents and decided that 45 per cent, or just under 5,000, were relevant and should be disclosed – less than 2 per cent of the documents reviewed by Exigent.

Meanwhile an entirely separate review of electronic data held by Kier, on a platform called Kierdoc, was also carried out. Of over 100,000 documents in that category only 20 were disclosed.

“That would suggest, on its face, that something had gone wrong,” said Coulson J, adding that further documents from Kierdoc would now be disclosed.

In describing the disclosure process as “cumbersome” Coulson J noted that disclosure had been delayed several times with the last documents disclosed almost three months after the original due date. This had led to the process costing £500,000.

“It is far beyond what I considered, and still consider, to be a reasonable and proportionate figure for Kier’s disclosure in this case,” Coulson J said. He said the “disproportionate costs” were due to the way the exercise had been carried out.

The judgment saw Coulson J make a number of rulings in applications made by both parties relating to the ongoing disclosure exercise. The case is ongoing.

A spokesperson for Pinsent Masons said: “We continue to work in partnership with our client to ensure this complex litigation is conducted efficiently and effectively. As these matters remain subject to ongoing proceedings it would be inappropriate to comment further.”

A Kier spokesperson said: “The historic dispute dates back to 2009 and relates to a building contract between the Dorchester and Kier’s former interior fit-out and refurbishment business (trading as Wallis Interiors), now no longer operating. Given the ongoing proceedings no further comment can be made at this time.”

A spokesperson for Exigent said: “There’s absolutely no mention in this judgment that the judge has criticised Exigent’s processes in any way.”

For the defendant, Kier Construction Ltd

Welcome to the Lawyer Market Intelligence.  In corporate law, relationships are your most important asset. Now, for the first time, you can start to monitor, measure and then maximise them. Building on the unrivalled news and information gathering of The Lawyer, brand new relationship capital management tool LMI identifies the commercial relationships linking private practice […]

In a week featuring Dentons’ latest merger, big litigation and a panel review in China, it was the election of Gideon Moore as Linklaters’ new managing partner which took top spot on TheLawyer.com. News of Moore’s election was the most-read story of the week, just edging out the revelation that Dentons is planning its third […]