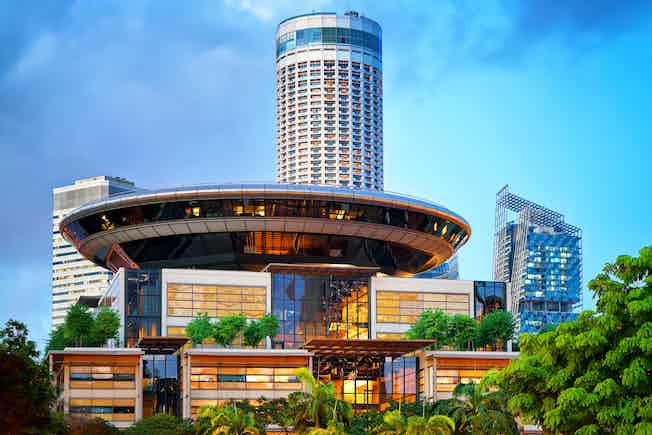 For all the big Singaporean firms, litigation is a critical part of their business. But The Lawyer’s latest Asia Pacific 100 research shows foreign firms are claiming a growing share of the litigation market, which was traditionally monopolised by domestic firms. 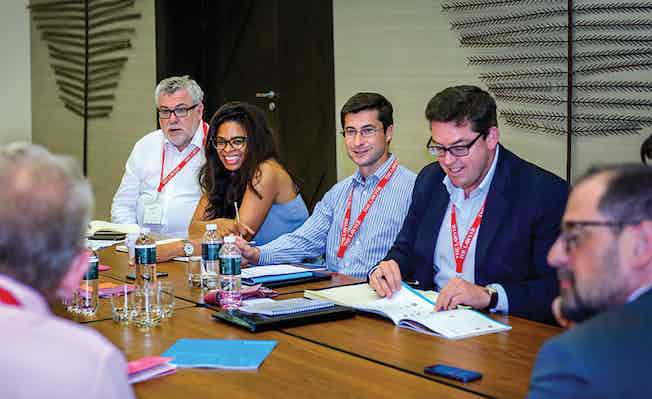 This year’s Global Litigation 50 report offers some tantalising glimpses into the future direction of the world’s disputes market, courtesy of the largest litigation and arbitration practices on the planet.

And while most firms say that several of the longest-standing areas of disputes such as financial services-related matters will continue to bear fruit, Brexit-related issues are now firmly on the horizon.

“Following the Brexit result there is a degree of future uncertainty about the detail of how clients will seek dispute resolution, including because much may depend upon trade negotiations,” says Akin Gump. “We will see an initial boom for lawyers working for the government on treaty negotiations and advising on business about law changes.  But in the long term we could see money and court time being wasted on disputes over whether a case should be heard in and EU country or the UK. At present this does not happen due to the treaties in place which were made over the past three decades.”

King & Spalding argues that current work aimed at the reorganisation of financially troubled European lenders, “part of a global process in which the financial community is at last coming to grips with non-performing loans”, may be exacerbated as Brexit becomes imminent.

“In the same vein, we have begun to see contractual parties testing their supply chains as Brexit has increasingly become a reality and we expect to see disputes increase between contractual counterparties as a result,” adds the firm.

Mayer Brown adds that if Brexit is complete by spring 2019, this may trigger certain claims in England and other jurisdictions “as contracting parties explore the potential impact of a UK withdrawal on their existing relationships”.

The full report highlights several other currently busy areas of work. Freshfields Bruckhaus Deringer reports seeing “a significant increase in antitrust litigation, white collar investigation and corporate criminal enforcement activity and global arbitration across sectors”, while Clifford Chance confirms that arbitration continues to be prolific in the construction sector, “in particular in relation to shipbuilding”, as well as in the energy and mining sectors.

Kirkland & Ellis reports seeing “tremendous activity” in the areas of competition, restructuring-related litigation, securities litigation and enforcement, government and internal investigations, and intellectual property in the US, as well as in the energy and retail sectors for London and CEE.

From a regional perspective, Greenberg Traurig says Latin America remains a disputes hotspot, with Argentina’s entry into global capital markets leading to a growth in disputes, adding that litigation is also likely to rise in Brazil and Venezuela due to political instability.

“We expect to see the continued growth of Singapore as a dispute resolution centre, not just serving Singapore itself, but serving as a regional hub for Southeast Asia,” adds Greenberg. “We anticipate an increasing number of disputes emanating from natural resources industries and firms in Africa.”

Other increasingly active areas over the next two-to-three years include a rise in disputes involving Asian companies, particularly Chinese entities, according to Dechert, and a boom in cyber-related disputes.

“Moreover, we would expect the EU General Data Protection Regulation, coming into force in May 2018, and the greater sanctioning powers available to enforcement authorities to stimulate more regulatory activity in this area,” adds Morgan Lewis.

Similarly, White & Case says it expects to see an increase in disputes arising from cyber security issues and as a result of new technology while Akin Gump confirms it is already seeing an increase in cyber risks globally where the processing and safeguarding of information around the world, as well as the protection of critical industrial infrastructure is extremely necessary.

“This area of cyber litigation exposure is developing and breaches can give rise to consumer litigation, securities fraud litigation, even liability for corporate directors,” adds Akin Gump. “Technology advancements such as autonomous vehicles, as they move from concept and testing to reality, may result in a new type of dispute globally. We may see more product liability disputes as questions will arise over who is liable over any faults or performance issues of the cars.”

Dentons: “Dispute resolution is no longer about making or scoring points.”

“For example, the mandatory reporting of cyber security breaches in Australia is driving a major shift in the anti-corruption landscape and will impact business operating in the country,” says the firm.  “Failure to adhere to the more rigorous regulatory landscape will undoubtedly lead to further litigation in this space, and across many jurisdictions. The rapid change of pace in organised and sophisticated crime is posing challenges for clients and regulators alike. The relative ‘faceless’ anonymity of fraud, and particularly financial crime, has become a C-suite priority and bringing cases against perpetrators often proves difficult.”

Dentons also puts some of the changes in the global litigation market into context when it says that clients are becoming “more discerning and sophisticated” in selecting which cases they choose to pursue.

“Dispute resolution is no longer about making or scoring points; clients want commercial outcomes and are seeking lawyers who are adapting their services to provide this,” argues Dentons. “In that respect, the market is changing considerably.  We believe that the global trends are likely to continue to evolve but that there are likely to be variations within regions.

“Taking international arbitration in the Asia Pacific as an example, there is a decline in arbitration activity in Hong Kong due to the increased competition from Singapore, and its move from its position as a top regional arbitral seat towards being truly a global institution. We anticipate, however, that dominant hubs will make efforts to remain competitive, and that Hong Kong’s recent adoption of the long-awaited legislations allowing third-party funding in arbitrations is an example of how locations will adapt.”

Dentons adds that while Hong Kong is likely to retain a strong position as a centre for effective dispute resolution, there are concerns that it is increasingly seen as being part of the Chinese national framework and not perceived as a distinct from China.

“Nevertheless, we anticipate that the increased number of disputes emanating from China is likely to shore up Hong Kong as a venue for some years to come,” Dentons adds.

This is an extract from the new Global Litigation 50 report, produced in association with FTI Consulting. The report tracks revenue and headcount trends across key international regions, highlighting current and future areas of litigation and arbitration activity.

This year’s report also focuses particularly on the use of technology in all stages of the litigation process, highlighting efficiencies and innovations provided by the world’s leading disputes practices.

For all the big Singaporean firms, litigation is a critical part of their business. But The Lawyer’s latest Asia Pacific 100 research shows foreign firms are claiming a growing share of the litigation market, which was traditionally monopolised by domestic firms. 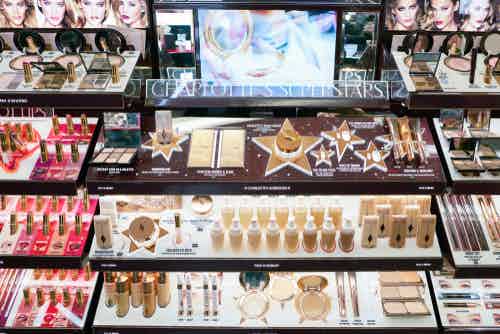 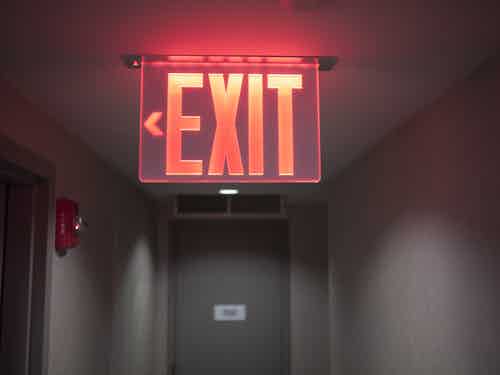 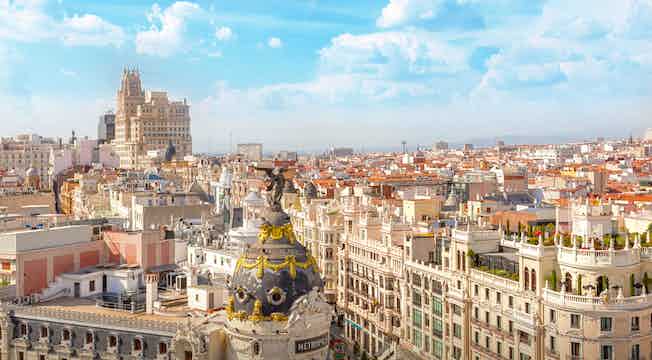 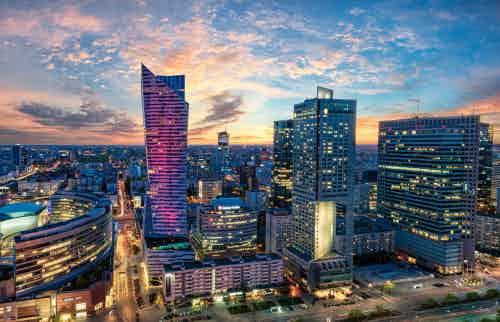