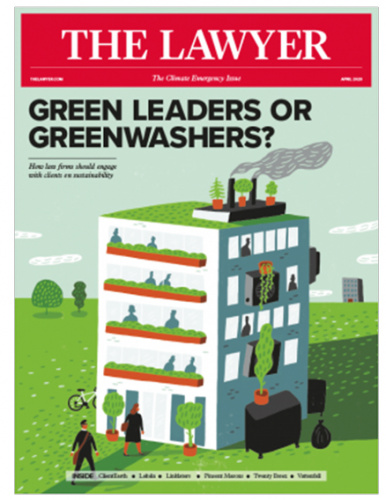 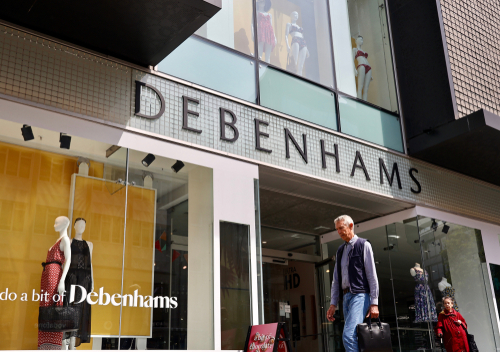 The old saying goes that necessity is the mother of invention, and this has been starkly demonstrated within the legal industry over the past few weeks. ‘Necessity’ here is represented by the Covid-19 pandemic, and ‘invention’ by the rapid pace with which professionals have had to rethink the way that they operate while coping with the pressures of lockdown, social distancing and self-isolation.

This is nowhere better demonstrated than at Trinity Chambers, an 85–member set with premises in Newcastle, Leeds and Middlesbrough fielding substantial teams in business and property, family and crime and regulatory. After being thrown in at the deep end, the chambers has been working double-time to shift its communications online, and work out how to best deliver its services through the use of available technologies.

To prepare for this rapid change, barristers and staff at Trinity were surveyed by The Lawyer in association with Econsultancy in order to determine concerns about working throughout lockdown, and to gauge how prepared they felt for the efforts ahead.

Barristers and staff were also invited to attend a Zoom webinar, hosted by Neil Perkin of Econsultancy. The question to discuss: how to maximise production while working from home.

While the coronavirus has shaken the entire legal profession, barristers are feeling the effects particularly sharply. They are largely self-employed, and pride themselves on being in court regularly and face-to-face interaction with clients.

In the survey, respondents were asked to select their top three working challenges associated with the COVID19 outbreak. The top three selections were: “our way of doing business is heavily face to face”; “being able to proficiently use appropriate software”; and “depending upon the court service and other lawyers.”

These responses highlight the double-whammy suffered at Trinity. The first blow was the instant cancellation of cases.

“The epicentre of this seismic change came with the announcement of the lockdown, which killed cases and stopped people coming through the door,” says Matthew R Crowe, barrister at Trinity Chambers.

“When the lockdown took hold three weeks of court hearings evaporated, with Civil and Criminal cases being vacated. People started to get nervous.”

Change had been on the cards before lockdown was announced. While courts were open in the week prior to the Prime Minister’s announcement, barristers were still active up and down the country, albeit in very quiet courtrooms.

Charles Holland – a leading licensing barrister – and Crowe were in a good position to see what was coming, and led what is described on Trinity’s website as a ‘herculean effort’ in shifting the entire practice online through platforms such as Microsoft Teams, Zoom and Skype for Business.

The immediate task for Trinity Chambers was having to challenge perceptions around technology at such short notice.

The pros and cons with technology

“People are so used to a working with printed bundles and being face-to-face that there was a real reluctance to change,” says Crowe. “The tools are there to be used and people are going to have to get used to it. We need to adapt to survive, evolve with the needs of clients today and provide a method of resolving disputes while this pandemic has hold.”

Barristers from the set are making good use of electronic case management systems, and the chambers is encouraging both internal and external interaction through Microsoft Teams.

This, Crowe says, has provided the instant benefit of heightened communication and human interaction. Trinity have also been hosting ‘chambers teas’ to keep general day-to-day discussions on everything from advice from peers to small talk alive and kicking.

One technology increasingly in use is video-conferencing software, but this is seen as a poor substitute for face-to-face interaction, particularly in a court setting.

While similar technologies have been in use for a while now, for example within criminal courts where vulnerable witnesses have been beamed in via a video suite for years, most barristers will tell you that testimony by video dilutes some of the important aspects of examination, namely in subtle physical cues.

There are also issues with video-technology that many of us will have been familiarised with over the past few weeks, even while having a virtual beer with friends. These include talking over one another, lagging, and issues with sound quality.

Despite these undeniable difficulties, Trinity are making a success of the changes, and tenants are sensing the permanency in some of these adaptations.

Trinity tenants were asked to indicate how long they felt the changes necessitated by remote working were likely to last, and 64 per cent indicated that these would be long term.

There are already some stand-out success stories.

While civil and criminal practitioners sustained a heavy body blow with the loss of a chunk of scheduled work, family practitioners have been able to carry on with a semblance of normality.

For example, following a vacated hearing, a roundtable conference conducted on Zoom and hosted by a clerk at Trinity resulted in the confirmation of an agreement and the drafting of an order. This was helped by the ‘rooms’ function of that particular software, whereby it was possible to set up two separate waiting areas (for sol, client and counsel), a corridor for negotiations, and a general area to hold final discussions.

Direct access family hearings via telephone have also been successful. Simple use of the telephone saw a parent and child considered “present”, via BT Meet Me, during a hearing seeking urgent removal of that child into foster care. The parent and child were audibly interacting well and playing together.

Similarly, business and property practitioners have been conducting telephone hearings, for example in damage assessment and housing repossession cases. The practitioners in that team have recently conducted full-blown mock trials with a local circuit judge using videoconferencing software. Crowe himself notes a recent videoconference in a document heavy case with solicitors and clients all in one call, making good use of the “share document” function for others to see documents relied upon. This can be extended to live editing documents in Teams.

In the Special Educational Needs and Disability Tribunal, the Common Video Conferencing platform has been successfully used to conclude cases involving vulnerable children.

Conclusion – a sense of normality

The only thing certain at the moment are that these are uncertain times. Barristers and courts are still managing the shift online, working out which particular software to use, and for which cases and hearings the online model works best.

Trinity has – despite these uncertainties – managed to successfully adapt through the efforts of its tenants and staff.

“The core of our thinking was that we need to at least keep justice running, even if other institutions cannot,” says Crowe.

By successfully navigating these choppy waters the chambers will hope to be at an advantage when the dust does eventually settle.

The use of technology necessitated by the outbreak will undoubtedly have far-reaching and lasting effects on the way a chambers operates internally, and on how court cases and hearings are conducted. Covid-19 will simply accelerate the shift to digital at the Bar. 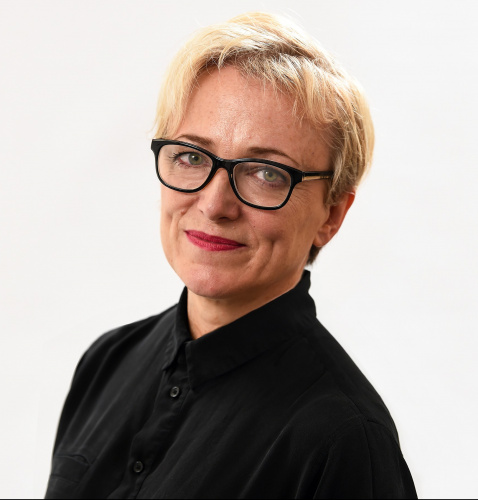 The start of the decade has been grim. A pandemic has led to multiple deaths, a stock market crash, panic buying and an impending recession. Legal industry talk of disruption through AI now seems entirely vanilla. And, without wanting to create a pecking order among the horsemen of the apocalypse, once the public health crisis […]