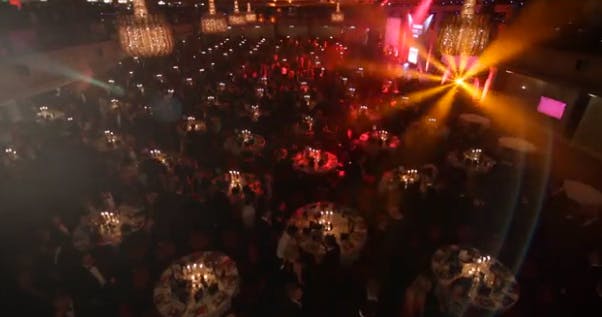 The Lawyer Awards on the 29 June is the biggest night of the year for the legal profession, gathering over 1,300 top in-house and private practice in an event to celebrate excellence across the industry. This year the event will be held for the first time at the brand new InterContinental O2 hotel in London, […]

A spectacular evening of dance and fundraising hosted by No5 Barristers’ Chambers has been hailed a resounding success for the second successive year. More than 300 guests gathered on Friday 10th June to see solicitor Claire Crawford of Shakespeare Martineau, and her professional dance partner Paul Cammack, lift the No5 Chambers Strictly 9 to 5 […]

Conyers acted on four of the five deals short-listed in that category, with PennUnion Re: GC Securities and Goldman Sachs for Amtrak being the winning transaction.

Charles Collis, Director and Head of the Bermuda Insurance practice, said: “2015 was an active year in Bermuda’s (re)insurance sector. We were pleased to see our clients nominated for the award and congratulate PennUnion Re on their win”.

Conyers Dill and Pearman advised PennUnion Re Ltd. On its issuance of US$275,000,000 Series 2015-1 Class A Principal At-Risk Variable Rate Notes due 7 December 2018 Pursuant to its Note Program. In order to fully collateralise a reinsurance agreement with Passenger Railroad Insurance, which in turn will provide coverage to Amtrak.

Globally, Conyers’ Insurance practice is recognised as a leader by the top onshore firms. We act for the large majority of Bermuda’s insurance and reinsurance companies, advising two-thirds of all Class 4 and Class E companies (the largest of the commercial insurers), as well as a substantial majority of all other classes of insurers, including captive insurers and special purpose insurers. We have consistently incorporated more new insurance companies than all other law firms in Bermuda combined, and provide comprehensive on-going legal and regulatory advice to such insurers following formation and licensing.

The Trading Risk Awards is an annual ceremony that brings together the top practitioners from the (re)insurance market to acknowledge the hard work and professionalism exhibited throughout the industry.

Following the introduction of the Economic Substance (Companies and Limited Partnerships) Act, 2018 and the passing of the deadline for the first filings thereunder to be made by BVI entities, the BVI International Tax Authority (ITA) has now begun making targeted audit requests to verify the “relevant activities” carried out by BVI entities which have made their mandated economic substance filings.

Further to our recent Alert in respect of the upcoming deadline for filing Fund Annual Return Forms, please note that the Cayman Islands Monetary Authority (CIMA) has extended the filing deadline and issued a notice in respect of an additional form which is required to capture information on “related fund entities”.

The idea of divorce often still conjures images of warring spouses and courtroom showdowns. However, although almost all separations will be emotional, bitter fights over finances and access to children are not the inevitable outcome of a separation and there is a growing trend for parties to turn to services which offer a less combative approach to separations. Take Bill and Melinda Gates for example, they are the latest high-profile pairing to divorce with seemingly minimal fallout.

On 9 July 2021, the Data Protection Act, 2021 (the DPA) came into force in the British Virgin Islands. The DPA applies to all BVI companies, limited partnerships and other entities that process, have control over or authorise, the processing of, personal data anywhere in the world.

The Lawyer Awards on the 29 June is the biggest night of the year for the legal profession, gathering over 1,300 top in-house and private practice in an event to celebrate excellence across the industry. This year the event will be held for the first time at the brand new InterContinental O2 hotel in London, […]

A spectacular evening of dance and fundraising hosted by No5 Barristers’ Chambers has been hailed a resounding success for the second successive year. More than 300 guests gathered on Friday 10th June to see solicitor Claire Crawford of Shakespeare Martineau, and her professional dance partner Paul Cammack, lift the No5 Chambers Strictly 9 to 5 […]