Reed Smith has launched a London investment funds practice with the hire of ­former Nabarro partner and barrister Dale Gabbert. Gabbert, who joins as a partner, will bring with him associates Winston Penhall and Matthew Pitman. He will advise funds including private equity, property and hedge funds on investment management, corporate and regulatory issues. Reed […] 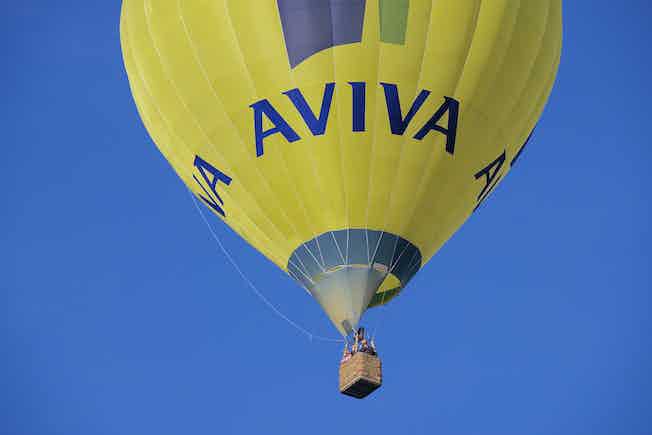 Aviva has continued reshuffling its legal department as the insurer has named a new head of legal operations in its latest appointment.

Conyers Dill & Pearman is pleased to announce the appointment of Partner, Mark Forte as Head of the Firm’s British Virgin Islands office. He succeeds Robert Briant, who has led the BVI office since April 1999.

Conyers was the first international firm to arrive in the BVI. Mark joined in 2004 to launch and lead the BVI Litigation & Restructuring practice, which quickly rose to be recognised as Tier 1 in several legal directories. He has grown the team to include seven experienced solicitors and barristers, all based in the BVI. Mark has over 20 years of litigation experience and has frequently appeared as an advocate in some of the jurisdiction’s leading cases.

By David Lamb David Lamb explains how short-form mergers are an attractive route for buy-sides to eliminate the tail-end price risk associated with buying out dissentient minority shareholders, which would potentially make the pricing for the privatization unrealistic. This article was originally published on China Business Law Journal. Click below to access the full article.

In the recent judgment of In the Matter of Gulf Investment Corporation et al v. The Port Fund LP et al and the earlier judgment of Dorsey Ventures Limited v. XIO GP Limited, the Cayman Islands Grand Court has provided some welcome clarification regarding the extent of a limited partner’s statutory right to information in an exempted limited partnership.

As the global leader in alternative investment funds and one of the most innovative financial centres in the world, it is unsurprising that the Cayman Islands has quickly become a popular destination for cryptocurrency vehicles and initial coin offerings (ICOs).

Thanks to a relatively new initiative, the Civil Aviation Authority of the Cayman Islands may now be able to offer a solution to financiers and lessors considering enforcement and repossession action through a temporary registration of the aircraft on the Transition Register.

Simon Bonney examines the evolution and revolution of the industry.

In this case, the Supreme Court accepted Bresco Electrical Services Limited’s appeal, and held that Insolvency Practitioners (IPs) are permitted to refer claims on behalf of insolvent companies to adjudication in circumstances where there are cross-claims between the parties.

Covid-19 restrictions on the leisure, food & drink sector were relaxed in England on the 4 July, with other nations in the UK on differing timetables, and businesses are turning to app-based solutions to aida transition back to some form of normality. This briefing covers considerations for procuring and deploying mobile apps to manage Covid-19 restrictions.

As part of its decarbonisation agenda the Government has announced that it will invest nearly £80 million towards reducing carbon emissions across homes and energy intensive businesses. The announcement forms part of wider efforts to ensure the UK meets its legally binding target to reach net zero emissions by 2050.

Susana Almeida Brandão (Managing Associate) and Vanusa Gomes (Managing Associate of ASP Advogados – VdA Legal Partners member in Angola) write a chapter for ICLG Mergers & Acquisitons 2020, an international guide that compares legislation from around the world. The lawyers write the Angola chapter where they explain and develop the country’s mergers and acquisitions […]

Reed Smith has launched a London investment funds practice with the hire of ­former Nabarro partner and barrister Dale Gabbert. Gabbert, who joins as a partner, will bring with him associates Winston Penhall and Matthew Pitman. He will advise funds including private equity, property and hedge funds on investment management, corporate and regulatory issues. Reed […]

Aviva has continued reshuffling its legal department as the insurer has named a new head of legal operations in its latest appointment.

The DWF news keeps on coming Plenty of news from DWF, as reverberations from the departure of long-time CEO Andrew Leaitherland continue. The most awkward bit of coverage was an attempt at PR that backfired – the firm trumpeted its scheme to help qualifying trainees, only to get backlash from sources who had rather different […]

Dentons has postponed the opening of its Dublin office due to Covid-19, having announced the launch at the start of this year. The firm’s new office, which was announced in January, was due to be fully operational in Q2. However, this has now been postponed to September 2020. For its Dublin base, Dentons recruited three […]

Fieldfisher is gradually increasing the attendance capacity of its London office as part of a new pilot, having opted to keep the office open throughout the pandemic period. The firm has started a project to bring back a larger number of lawyers and professional staff into its headquarters near Bank station. In the past few […]