Chinese business is having a growth spurt, with 95 Chinese companies making it into the Fortune 500 this year compared with six last year. As we reveal in our first-ever China Elite 2014 , the effect on the country’s law firms has been transformative. Almost all of the largest law firms in China have grown […] 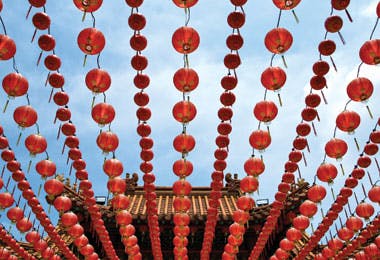 The top Chinese law firms have rapidly expanded headcount in the last year, according to exclusive research published by The Lawyer today. Almost all of the 35 largest law firms in China have grown their fee-earner numbers and office networks. Dacheng, the largest firm in Chia and Asia, grew headcount by 48 per cent in […]

Beijing-headquartered Han Kun has emerged as the fastest growing firm in this year’s China Elite report after it tripled its annual turnover between 2013 and 2015.

Han Kun also more than doubled its revenue per lawyer (RPL) over the same period.

The firm also increased RPL by 70 per cent over the same period, from RMB1.2m to RMB2.1m.

The total number of lawyers across these 30 firms jumped 36 per cent to 23,023 with many firms launching overseas offices or tying the knot with a global firm.

In fact, this year’s research has found that six leading Chinese firms doubled or more than doubled their revenue between 2013 and 2015.

Private equity and technology-focused Han Kun is among a handful of Chinese firms that operates a single profit pool and a UK-style modified lockstep. It has also invested significantly in building up strong business services teams in the last year to support growth including appointing seasoned corporate partner Joyce Li as its first CEO.

Han Kun’s rapid rise is closely intertwined with the success of its longstanding clients, many of which are the country’s largest technology companies, such as Baidu, China Auto Renting, Uber China (which recently merged with Didi Dache), Meituan.com, Tencent and 58.com.

The firm brought many of its current big clients onboard when they were start-ups or when their investors launched the first round of capital raising.

As these companies rapidly grew, went public, raised further funds through follow-on issuances and started making acquisitions, Han Kun advised them on key transactions. In the process, the firm has evolved into a fuller provider to meet its clients’ diversifying needs.

The Lawyer’s China Elite 2016 report, released on Monday (26 September), identifies the top performing Chinese firms by various key metrics such as revenue, RPL, revenue growth and RPL growth last year. It also provides a comprehensive peer group benchmark, and contains three years of financial and technological data and in-depth analysis on Chinese law firms’ strategies from some of the country’s most eminent lawyers.

The China Elite 2016 report can be purchased by contacting Richard Edwards on 0207 970 4667 or Richard.edwards@centaurmedia.com.

Chinese business is having a growth spurt, with 95 Chinese companies making it into the Fortune 500 this year compared with six last year. As we reveal in our first-ever China Elite 2014 , the effect on the country’s law firms has been transformative. Almost all of the largest law firms in China have grown […]

The top Chinese law firms have rapidly expanded headcount in the last year, according to exclusive research published by The Lawyer today. Almost all of the 35 largest law firms in China have grown their fee-earner numbers and office networks. Dacheng, the largest firm in Chia and Asia, grew headcount by 48 per cent in […]