Michael Conroy Harris, construction expert at law firm Eversheds, has commented on the latest UK construction output numbers. Conroy Harris said: “As the saying goes ‘what goes up, must come down’ and UK construction has been cyclical for as long as anyone can remember. The fall after the credit crunch was spectacular and the rebound, […] 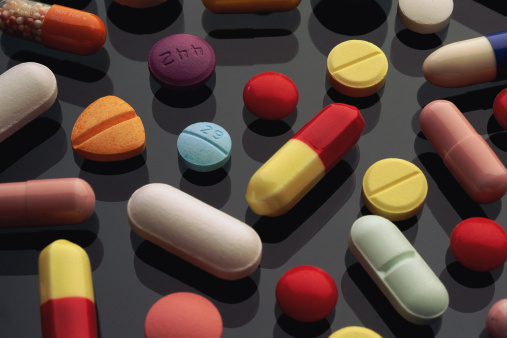 The concept of Challenger banks, as they are currently understood, was largely born out of the financial crisis of 2007/8 and the popular and political pressure that shock produced to open up the sector to more competition.

The EU’s recent refusal to incorporate a section for financial services into the post-Brexit trade deal has created significant uncertainty throughout the industry. While this uncertainty creates difficulties in terms of planning for Brexit, many institutions are simply planning against a ‘no deal’ baseline.

What does this mean for the financial services sector?
The omission of financial services from any Brexit deal is likely to impact UK based banks and other financial institutions by restricting the business they can conduct across the EU. This has led many to consider whether they need to relocate in whole or in part to other EU countries to maintain their current business relationship with European based clients. Of course, all such institutions have varied corporate structures and geographical footprints so it isn’t as simple as saying, all financial institutions with a UK presence will definitely be negatively impacted and have to move wholesale, however, it seems that most will need to implement some kind of post-Brexit contingency plan.

We have seen some examples of this already. Barclays recently announced that it was planning to divide its Euro Rates trading team, moving some of the unit that trades Eurozone Government Bonds and Interest Rate Swaps from its London office a new location yet to be decided.

Reuters also recently reported that Brexit could lead to 5,000 finance jobs transferring out of Britain by March 2019. Although, as reported by Reuters, it should be noted that the predicted number of jobs leaving Britain has been reduced downwards, in some cases significantly. For example, Deutsche Bank originally examined moving 4000 staff out of London, but for the time being at least, only plan to move 200 according to the Reuters survey.

We have also seen a few examples of foreign jurisdiction based financial services institutions relocating part of their businesses to the UK to allow them access to the UK market post-Brexit. Although there are only limited examples of this that we have seen.

A recent survey by Lloyds Bank revealed that 88 per cent of global financial services bosses believe that London will retain its position as the go-to centre for financial services post-Brexit, despite concerns. However, the survey also revealed that Brexit remains the biggest single risk on the horizon for the bosses, with more than half the firms surveyed saying it was a significant concern.

Catherine McGuinness, policy chair at the City of London Corporation, said the research showed that continued uncertainty over future plans “highlights the urgent need to secure an agreement on future trade arrangements based on mutual market access.”
Despite the optimistic noises being made by the Brexit negotiators as to the deal that may be ultimately reached, the reality is that until there is a firm deal on the table, our financial services institutions are left unable to make definitive plans.

What does it mean for lawyers?
The impact of Brexit is likely to permeate all practice areas and not just financial services. The only certainly we have is that significant change is coming and as an industry we need to do what we can to support ourselves and our clients over the coming years.
For those about to enter the profession / newly-qualified lawyers, they will be working in a Brexit impacted area whatever it may be for several years to come. The challenge faced is to mitigate the impact of Brexit and make a success of it for clients. Many situations will be unique and probably not anticipated so there won’t necessarily be a precedent to use or standard practice to follow. Problem solving and creative thinking will be key skills to tackle challenges presented to their clients.
It will be interesting to see how the next few months play out in terms of negotiations. At this stage, there appears to be quite a lot of posturing. Whether this position over the deal will change down the line and whether concessions will be made on both sides remains to be seen and will be keenly watched out for.

Henry Burkitt is a lawyer for Vario at Pinsent Masons

Michael Conroy Harris, construction expert at law firm Eversheds, has commented on the latest UK construction output numbers. Conroy Harris said: “As the saying goes ‘what goes up, must come down’ and UK construction has been cyclical for as long as anyone can remember. The fall after the credit crunch was spectacular and the rebound, […]

The concept of Challenger banks, as they are currently understood, was largely born out of the financial crisis of 2007/8 and the popular and political pressure that shock produced to open up the sector to more competition.