Bird & Bird, often known as ‘TwoBirds’, is predominantly known for its large and impressive intellectual property practice – so large, in fact, that for many years the department had a whole office to itself on Fetter Lane, while the rest of the firm was housed in various offices over the road. This situation did not help the image of the IP lawyers being detached from the rest of the firm in their ivory tower. After years of waiting, all

Bird & Bird, often known as ‘TwoBirds’, is predominantly known for its large and impressive intellectual property practice – so large, in fact, that for many years the department had a whole office to itself on Fetter Lane, while the rest of the firm was housed in various offices over the road. This situation did not help the image of the IP lawyers being detached from the rest of the firm in their ivory tower. After years of waiting, all TwoBirds lawyers finally moved in together in one purpose-built office at the end of 2016.

Since 1996 the firm has been led by CEO David Kerr. In that time, the firm has been transformed, largely through international expansion. In the 2000s there was a significant European drive. Between 2000 and 2005 the firm opened in Paris, Stockholm, The Hague, Madrid, Düsseldorf, Frankfurt, Munich, Rome, Milan and Beijing. In the following five years came Lyon, Bratislava, Prague, Budapest, Warsaw, Helskini and, Shanghai. The firm now has 28 offices globally, all but three (London, Paris and Hong Kong) opened since the turn of the millennium. The firm entered the US in 2017 with a San Francisco launch.

The firm’s profitability has also failed to keep pace with its flag planting-driven turnover expansion. Atypically among the UK’s leading firms, Bird & Bird’s profit margin has stayed resolutely below the 20 per cent mark for the past decade. These later figures have led to some dissatisfaction with Kerr’s leadership in recent years.

Dominic Cook, a former Bird & Bird corporate partner and first chief of the firm’s consulting arm Baseline remains the only lawyer to challenge him for the CEO role. Cook’s challenge came in 2016 and he came close to winning, but a large proportion of the partnership, abstained from voting in the election. Kerr has shown no indication that he will stand down any time soon (he was re-elected for a new three-year term, once again uncontested, in 2019) and the question of succession at the firm will doubtless become increasingly prominent as the years go by.

The awkward question of succession at Bird & Bird

What is the trainee salary at Bird & Bird?

What is the NQ salary at Bird & Bird? 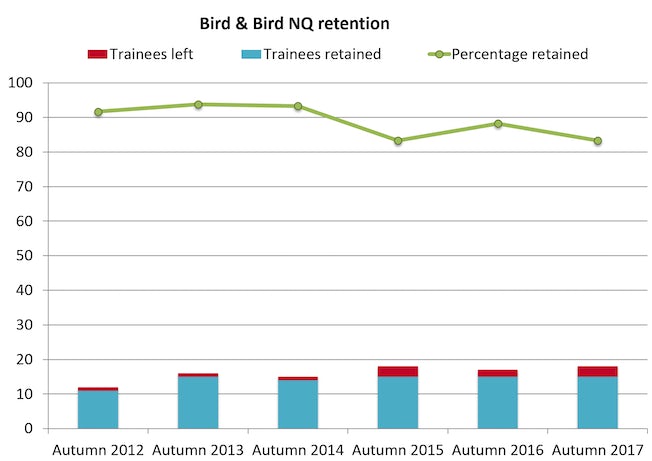 Addleshaw Goddard and Bird & Bird have acted on the £135m IPO of promotional products company The Pebble Group, the largest AIM IPO placing this year. Addleshaws’ corporate partner Richard Lee advised The Pebble Group from the firm’s Manchester office, after it confirmed its intention to float in November. Pebble is comprised of two businesses focused on specific areas of the promotional products market: Brand Addition and Facilisgroup. Addleshaws advised it on its £23.4m Facilis acquisition in the US and […] 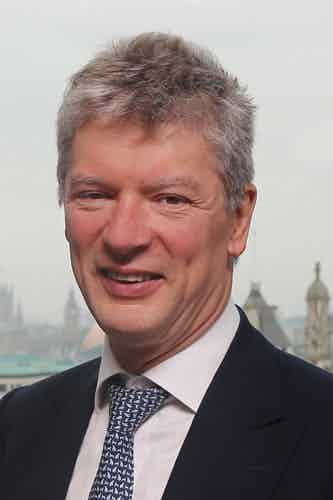 Bird & Bird posted single-digit growth as part of its 2018/19 financials, seeing a slight slowdown after a three-year strong run of results. In the last financial year, turnover at the firm grew 7 per cent globally from £337m to £361m. Average profit per equity partner (PEP) increased 4.4 per cent to £575,000, a modest increase as opposed to the previous year’s performance, when it jumped by just under 10 per cent to £550,000. The firm broke through the £500,000 PEP […]

Bird & Bird has completed a merger between its Baseline division and an external consulting firm, creating a combined business worth around £6m. The new business, called Oxygy Management Consulting, sees Baseline join forces with boutique consultancy Valeocon in an effort to help clients embarking in ambitious transformation projects around digital and management issues. Valeocon’s 70 consultants, who have been collaborating alongside ASE professionals with Bird & Bird since 2015, will work with the firm’s lawyers on a flexible basis, […] 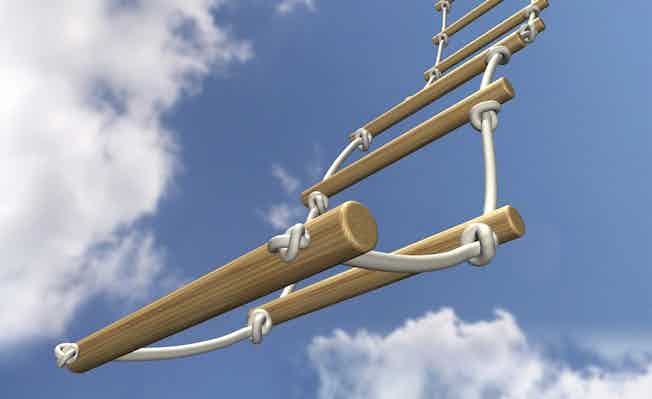 Bird & Bird has made up 23 lawyers to partner in its largest-ever promotions round, with the bulk of the group based in Continental Europe. The latest string of promotions outnumber last year‘s figures, when the firm promoted 9 partners worldwide. The largest proportion of the promotions this year went to Germany (8), followed by the UK (4) and Italy (3). Four were promoted in London, three of whom were women: they include commercial lawyers Robert Turner and Lucy England, […]

Telenor Group announced a merger between its online classifieds business, 701Search, and Carousell in an equity and cash agreement. Telenor Group received a 32% stake in the company, making it the largest minority shareholder. 701Search ceased to be a subsidiary company of Telenor Group and merged its operations with Carousell with immediate effect. The deal did not require regulatory approval and was closed immediately.

Every firm has litigation associates, but some are more equal than others. The UK Litigation 50 – the latest data and research report from The Lawyer – shows that there is considerable variety in how the biggest disputes firms are investing in their talent pipeline. The Lawyer examined the last three years’ promotions rounds and mapped them on to the size of the top firms’ contentious practices. Litigation associates are most likely to be promoted to partner in disputes-heavy firms […] 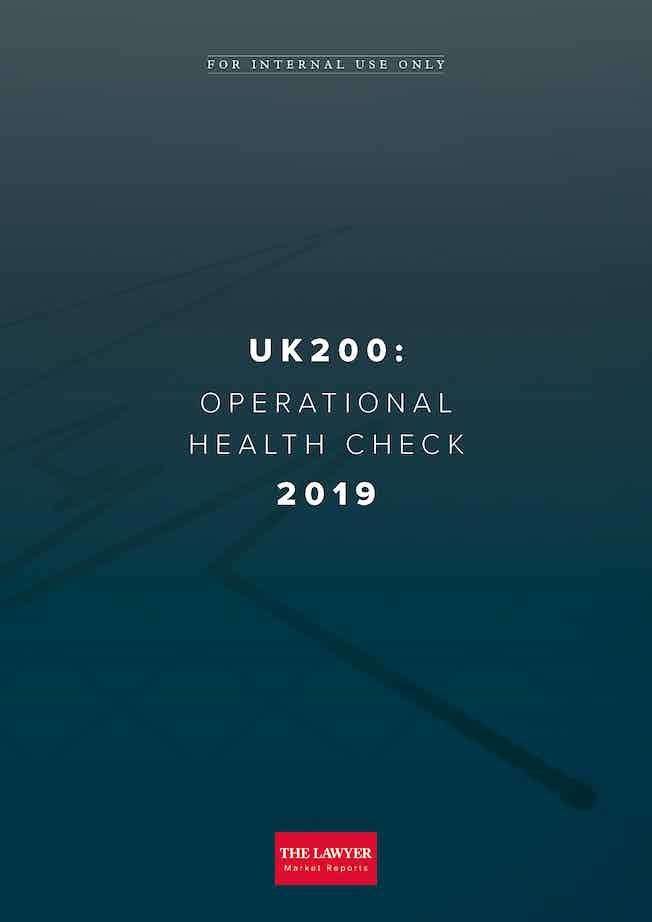