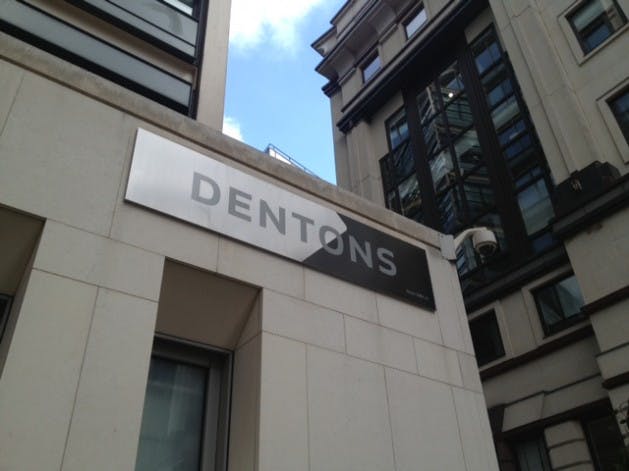 Bird & Bird was the most active law firm in energy M&A in the first half of 2016, research from The Lawyer‘s sister publication Clean Energy Pipeline shows.

Bird & Bird acted on a total of 99 clean energy M&A projects with a combined value of $975m in the first six months of this year, followed by Burges Salmon with 54 projects totalling $918m and Eversheds, with 43 ($1.2bn).

In fact, the five most active law firms in M&A (by project number) advised on 264 individual renewable energy projects between them, representing a total investment of over $6bn last year – as cited in Clean Energy Pipeline’s European Renewables Elite 2016 report.

“It was not a great surprise to me that Bird & Bird were ranked so highly in terms of the number of deals advised on. We have a very strong solar energy practice in the UK which we have built up over the last five years and which featured strongly in the results. More than that though, we have strong expertise in other renewables, including wind, hydro and anaerobic digestion. This expertise is spread across our 18 European offices and we were delighted to see all of those offices contributing to the results to a greater or lesser extent.

“We have seen a move towards M&A activity in territories where the subsidies have decreased over the years. A good example of this is in Italy where our colleagues are involved in a number of acquisitions and disposals. While our clients are still looking to develop, build and acquire new sites in the UK, the current and likely future trend in the UK is for refinancing and acquisitions of built sites.

“The larger players such as Lightsource, Bluefield and Next Energy are all looking to buy, while a number of sellers are looking to offload non-core assets. In addition, some solar sites acquired through tax efficient schemes are exiting their hold period which is helping to drive M&A. The one potential block on deals of course is Brexit and in particular the recent currency fluctuations between sterling and the euro.”

“Clean energy is a fantastically exciting sector to be in and Burges Salmon’s reputation and ranking in the area has justified the investment the firm has made in the sector over the last 15 years.

“The next few years will be challenging given the reduction or withdrawal of financial incentives by governments but it is a sign of the sector maturing and Burges Salmon is still very busy on the M&A side.  The key to this has been our focus on ensuring that we are experienced in many different renewable technologies not just the usual suspects of wind and solar.  This diversity is bringing its rewards as clients migrate to firms that can provide wider experience and apply knowledge from other technologies in a subsidy reduced world.

“The top ranked firms will continue to prosper in this changing market. Overall there may be less M&A but there will be a flight to experienced law firms who really understand the sector and the detail of the regulatory regimes that operate.”

“Our Clean Energy Group has played an instrumental role in enabling and developing renewables projects in a number of emerging clean energy markets worldwide over the past year, including in Egypt, Iran, Jordan, Pakistan, Saudi Arabia and a number of East and North African countries.

“It is also increasingly focusing on the emerging clean energy market in Asia, leveraging the strength of our Hong Kong based finance team to bring our distinctive approach to the Asia region. The team has developed a unique business model that sees it partnering with International Development Banks focused on developing renewables, working with them to help government agencies shape their renewable regulatory frameworks to ensure they are aligned with the expectations and standards of international investors.”

“Renewables policies and legal frameworks are different in every country. CMS’s position as a major player in the energy sector and being the largest law firm in Europe, with both the most number of lawyers and the greatest number of offices, have therefore been factors in our success in sweeping up a fair proportion of the renewables market. The firm has advised on a large number of mid-market deals (such as in solar) and also on many of the highest value portfolio and offshore wind deals this past year.

“We continue to see significant deal flow as established players consolidate their positions, some historic players exit the sector and new entrants, particularly from China, look to gain a foothold. Investors tend to be focused on the developed West European renewables markets, although there are still deals happening in the relatively more stagnant Eastern European renewables markets.”

“Deadlines have always been a key feature of this sector. However the sheer scale of our cross-jurisdictional team enables us to sweep up instructions where others haven’t been able to deliver within the timescale. For example, last year, we advised on the acquisition of a 50 MW solar site from start to finish in just eight working days.

“We anticipate that the sector will become less deadline-driven as various subsidies fall away. But instructions will always need to move quickly and maintain momentum if they are to be successfully concluded.

“The majority of the M&A transactions we’ve advised on in the last 12 months have either been for smaller developer clients selling consented sites; for our larger developer and construction clients either acquiring consented sites to build out or selling built sites; or for fund/EIS clients either acquiring operational sites or disposing of operational sites where the EIS/fund investment term was maturing.

“Going forward, with the imminent ROC cut off we expect the focus to be on the secondary market which is and will remain very active.”

For a full copy of the European Renewables Elite 2016 report please contact Munir Bello at munir.bello@cleanenergypipeline.com.