Over the years Baker McKenzie has eschewed the expansion-through-merger strategy of most of its peers, choosing instead to grow into one of the world’s largest law firms through a steady stream of greenfield launches. From its foundations in 1949 Chicago with four lawyers, the firm now employs 13,000 people, has over 1,600 partners, and in 2017/18 turned over $2.9bn. Internationalisation started early for founders Russell Baker and John McKenzie, with a Venezuela office in 1955. The firm opened in Brussels

Over the years Baker McKenzie has eschewed the expansion-through-merger strategy of most of its peers, choosing instead to grow into one of the world’s largest law firms through a steady stream of greenfield launches.

Internationalisation started early for founders Russell Baker and John McKenzie, with a Venezuela office in 1955. The firm opened in Brussels two years later and in the UK in 1961. In 1963 it launched in Manila, its first Asia-Pacific base.

In 1987 Baker McKenzie became the first global firm to employ 1,000 lawyers. It doubled in size in the next 10 years, hiring its 2,000th lawyer in 1997. Growth then accelerated with another 1,000 lawyers added in just four years. Baker McKenzie also became one of the first firms to break the $1bn barrier in 2001.

In 2004 the firm drew up a strategy paper that would dictate its future growth in headcount, turnover and profitability.

A rare mass lateral hire for the firm occurred in 2005, when Baker McKenzie absorbed 70 partners plus lawyers and staff from the collapsing Coudert Brothers in New York. The move doubled the size of the office.

In the last decade Baker McKenzie’s expansion has continued, with another 12 office launches since 2009. It has targeted a number of emerging markets and is now present in 47 countries.

The firm’s revenue is fairly evenly split, with similar proportions coming from Europe, the Middle East and Africa, and the Americas. Asia-Pacific is smaller but growing in importance.

Baker McKenzie is structured as a Swiss verein of a number of legally-separate constituent entities. While some would argue this means it is not a single firm, Bakers itself argues that the structure does not prevent it from acting as one body and it achieves consistently high rankings in global branding indexes.

Baker McKenzie’s most famous former leader is Christine Lagarde, now managing director of the International Monetary Fund and a former French politician. Lagarde joined Bakers in 1981 and was elected as its first female chair in 1999.

In 2004 North American managing partner John Conroy was elected as chair and Lagarde became president of the firm’s global strategic committee. Together with other senior partners including Brazil managing partner Eduardo Leite, the duo were responsible for Bakers’ new strategic direction and Conroy oversaw a period of growth plus the firm’s road through the 2008 global financial crisis.

In 2010 Conroy announced he would not be standing for another term in office. Leite became Bakers’ first Latin American chair, serving a four-year term plus a two-year extension until 2016.

The firm dropped its ‘&’ in 2017 in a rebrand which it said was about simplifying its message to clients and staff.

What is the trainee salary at Baker McKenzie?

What is the NQ salary at Baker McKenzie? 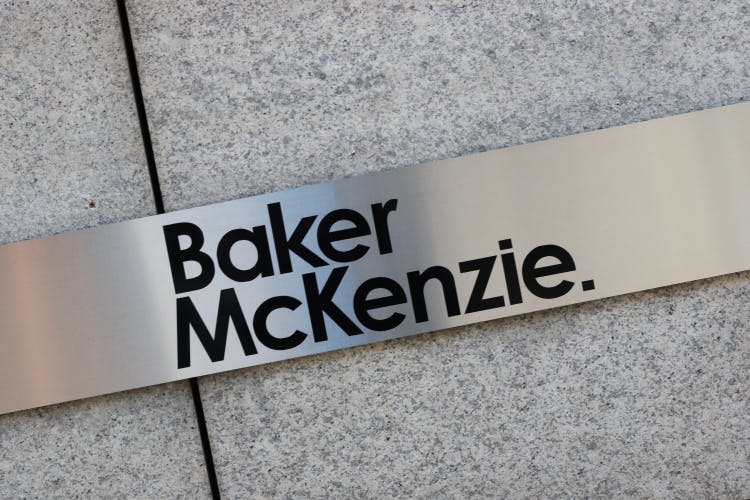 A total of 75 lawyers globally have been given the nod to partner by Baker McKenzie, with three lawyers making the grade in its London office. Eight were elevated in its London office last year. While this year’s City cohort is smaller the firm made up a larger round globally of 75. This compares to the promotion of 67 lawyers to partner in 2021. In 2020, the firm promoted an 85-strong global group. The new partners in London are IP and […] 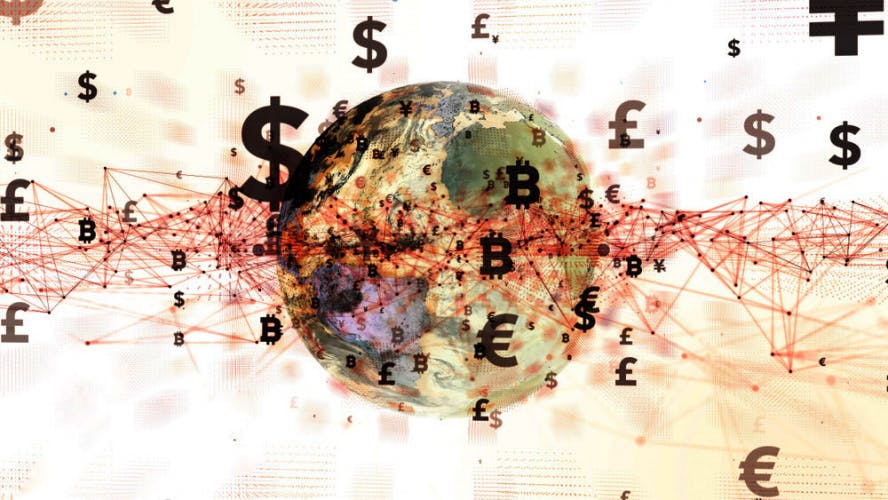 Chicago-based Baker McKenzie has launched a £100,000 fintech counsel fund. The fund was initiated after the UK’s fintech week which took place 4-8 April. It’s purpose is to provide legal support to three budding fintech companies over the course over six months and is open to all fintech companies based in the UK. The fund will also hold a kick-off workshop and a will have a structured legal plan to establish a roadmap. It is expected to prioritize legal spend […]

Cadwalader Wickersham & Taft has finalised the hire of a Baker McKenzie duo, who specialise on private credit and direct lending, as well as restructuring matters. The US firm has hired banking and finance partner Matt Smith and Bevis Metcalfe to its London office. They join in April. Smith has particular expertise in private credit and direct lending transactions, with clients including private equity sponsors, private credit funds, infrastructure funds, banks and corporate borrowers. He also works on cross-border leveraged […] 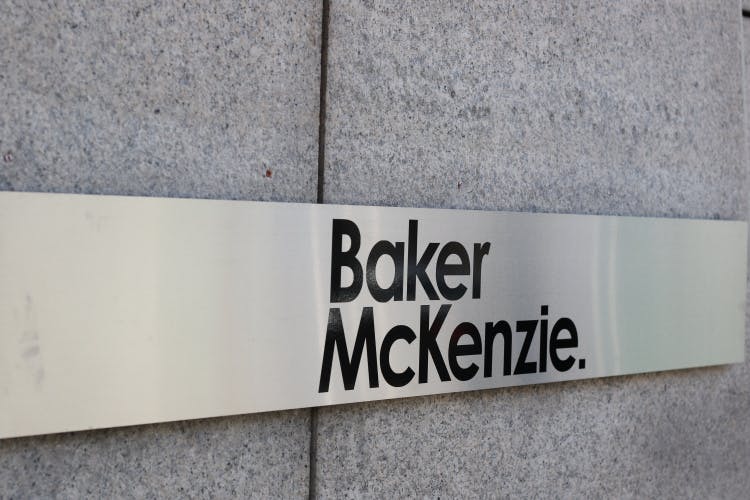 Baker McKenzie has become the latest firm to significantly increase its salaries for newly-qualified lawyers. Responding to the market, the firm has upped its base rate from £90,000 to £105,000. The changes come into effect in March. The firm had crunched salaries by £2,500 (3 per cent) to £87,500 when the pandemic hit, also dropping its sign-on bonus last June. They were restored to pre-pandemic levels in May this year. Alongside the NQ raise, Bakers is also upping trainee pay […]