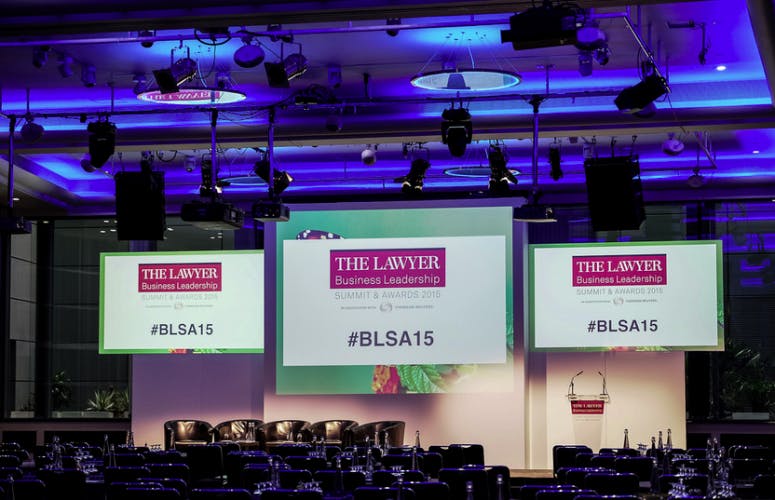 CMS’ streamlined strategy aimed at improving client focus while increasing profitability saw it pick up the Business Leadership Team of the Year at last night’s The Lawyer Business Leadership Awards. The award was the culmination of a strategy review at CMS that focused on two clear objectives: to win more work from CMS’ existing key […]

It’s not Baker & McKenzie any more – it’s Baker McKenzie. The firm has decided to drop the ampersand from its name as part of a global rebranding exercise and is also considering changing the name of its UK LLP.

It is understood the firm did not want to change the name of the legal entity during this process because it would be “a headache”, said an insider.

A spokesperson for the firm confirmed that a change in LLP name in the future is under discussion.

The firm, which will now be known as Baker McKenzie, could have spent thousands of pounds in its global rebrand if it has invested in new stationery, signage and business cards for the entire staff as well as a new website, sources told The Lawyer.

“If Baker & McKenzie has spent less than a million pounds on the rebrand, I’m a monkey’s uncle,” an industry source told The Lawyer. “It’s about £500,000 minimum to launch a website, and that’s not including a rebrand on stationary, signs, water bottles… There is no way that it’s less than a million.”

Baker & McKenzie, which was named the strongest law firm brand by Acritas for seven years in a row, says that the new logo “is designed to retain the solidity and strength of our existing logo while bringing a fresh, friendly and conversational look that is confident, clear and direct”.

A spokesperson told The Lawyer: “Helping our clients to succeed by simplifying a complex world is at the heart of our promise to our clients and our people. Our new logo and identity reflect that simplicity and strength of purpose.”

But not all rebrands have been successful in the past. In 2002, Shepherd & Wedderburn famously got rid of its ampersand and replaced it with a ‘+’ following a rebrand consultation. After a time, the firm decided to revert back to its old name.

Slaughter and May, the only top 50 firm with an ‘and’ in its name, was approached for comment on whether it planned to cut its name in the future. A spokesperson declined to comment but The Lawyer understands through extensive research that the firm will not consider abandoning the ‘and’.

CMS’ streamlined strategy aimed at improving client focus while increasing profitability saw it pick up the Business Leadership Team of the Year at last night’s The Lawyer Business Leadership Awards. The award was the culmination of a strategy review at CMS that focused on two clear objectives: to win more work from CMS’ existing key […]